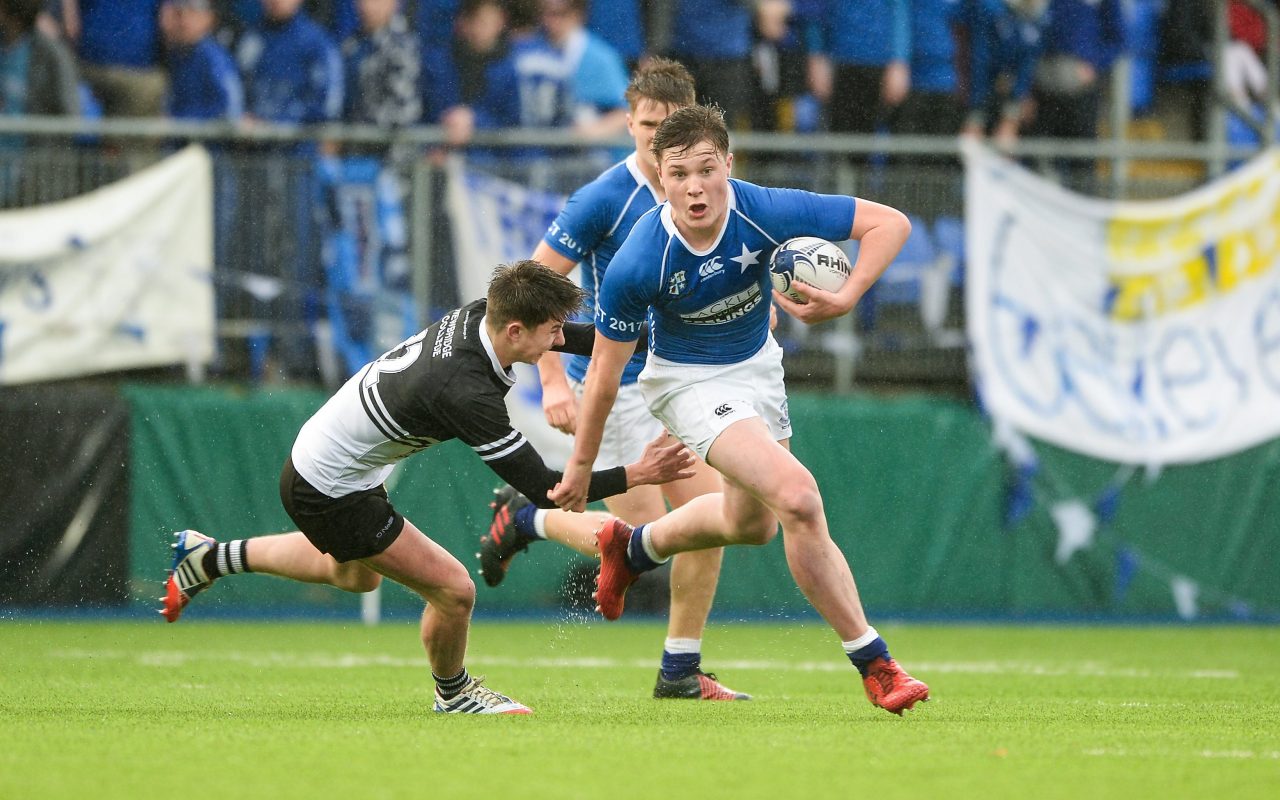 There was an intensity right from the kick-off as a cluster of bodies in blue and black flew into the air in search of the ball.

The commitment to contact and avoiding it was there, although the greasy ball quickly became a problem.

It had a low-scoring look about it, even though Newbridge College centre Daragh Ryan and St Mary’s full-back Eamonn Byrne and centre Myles Carey threatened the gain line.

Flanker Cian Prendergast was a source of clean lineout ball for The ‘Bridge.

They just weren’t able to move out of their own half as St Mary’s hit hard all across the pitch. 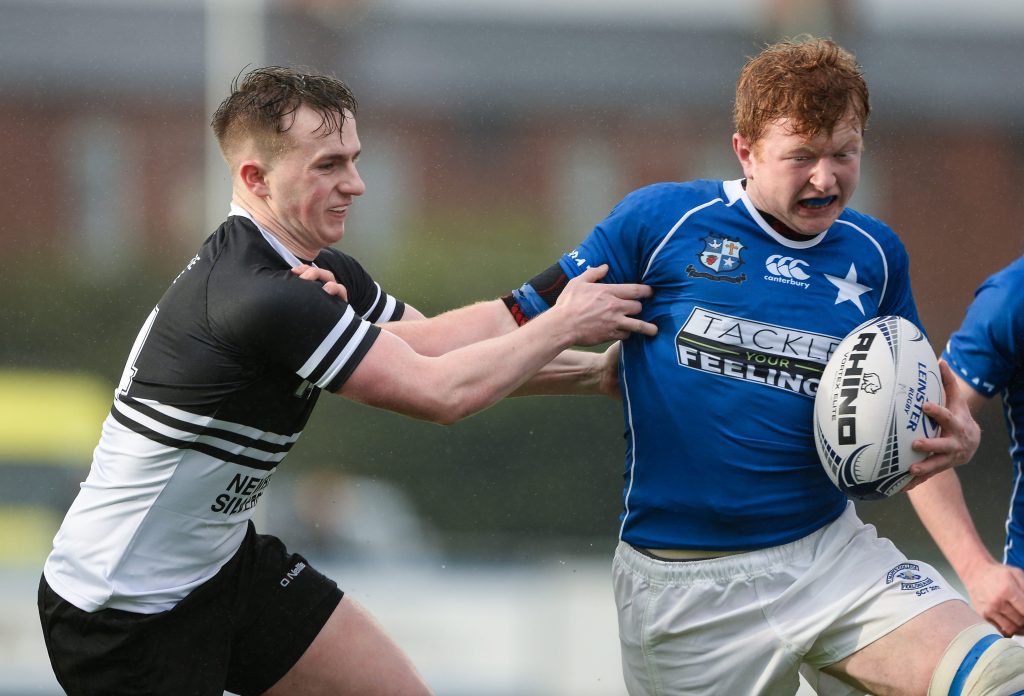 They looked ripe to pick up the first points but for a knock-on by Heeran, allowing scrum-half Luke Maloney to clear expertly.

The game was crying out for a game manager to put boot-to-ball, win territory and apply direct pressure through one-out runners.

St Mary’s would have none of it. They kept moving the ball and prop Niall McEniff gave them momentum down the left.

Number eight Ronan Watters battered away two defenders and patience was the key to the door.

Wing Ruairi Shields converted from under the stand for 7-0 in the 29th minute. 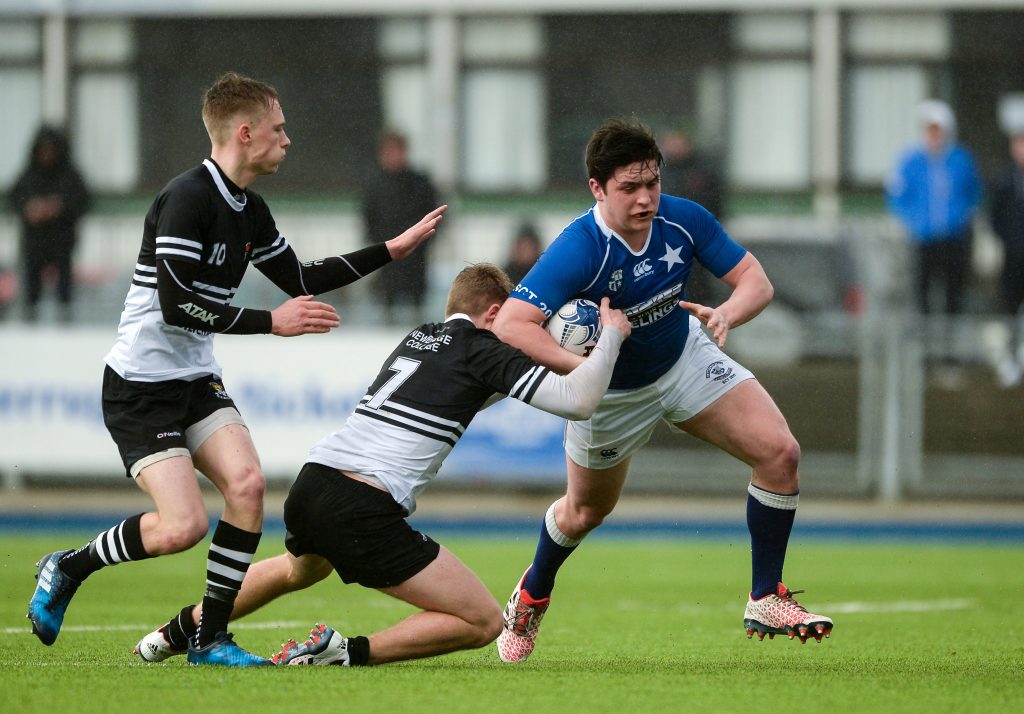 This was the signal for Newbridge to come knocking as prop Ben Howlett and wing Kevin Kyne powered onto the shoulder of fly-half Ben Caulfield.

They had the benefit of time inside the 22 without the precision to cut open a sound defence.

St Mary’s exploded into the second-half, props James Coolican and McEniff leading the charge for Shields to cross for 12-0 in the 38th minute.

Then, the game was put to bed when McEniff bumped off Jonathan Deane for the third try in the 42nd minute.

Newbridge’s Patrick Ryan and Cian Prendergast worked their socks off and the backs continued to probe in the face of a rigid St Mary’s defence.

Left wing Kevin Kyne flew through the middle to go close and captain Robert Wynne almost got away with the line in the vacinity.

When that didn’t work out, St Mary’s moved forward for replacement Adam McEvoy to crash over for Shields to convert.

There was consolation for Newbridge from Kyne’s power surge and scrum-half Luke Maloney’s conversion.