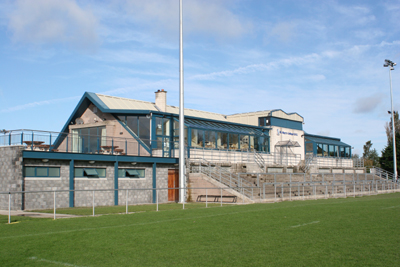 On Saturday, 14th May, the D.P. Smyth J5 Blitz is taking place in Templeville Road.

On Saturday, 14th May, the D.P. Smyth J5 Blitz is taking place in Templeville Road.

The “D.P. Smyth” trophy was presented a number of years ago by the family of Dermot Smyth to the Rugby Club to be used as a J5 Cup.

Dermot was a past pupil of St Mary’s College and was captain of their first ever JCT win in 1934. He went on to captain the Rugby Club (1939 – 41) during which he won 2 caps for Leinster (1940). He was elected President of the Rugby Club (1960 – 63). As well as President of the Leinster Branch he was also an Irish Selector and served on many committees over the years.

Dermot’s two sons, son in law and four grandsons have all played for St Mary’s College in recent years and indeed two of his grandsons will be taking part in the blitz this Saturday.

This Saturday 5 teams are taking part in the competition. Along with the St Mary’s J5 team, Terenure, Tallaght, DLSP and CYM will be competing. It has become that traditional end of season finale for the J5’s in St Mary’s. It is a 15’s format.

The competition gets underway at 1:00pm on Saturday. Come down and join in the fun on the day. It promises to be a highly competitive battle.