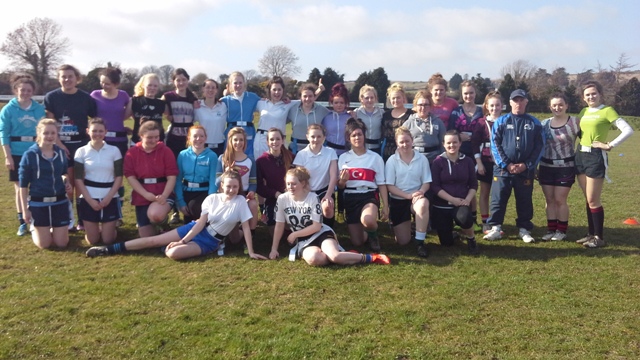 There were three other teams from the county participating.

Thirty three girls togged out which made two teams on the day. There were two groups of four teams, with each team playing each other once. The total amount of game played were three, the games were ten minutes a half with a three minute turn around.

Both teams were very competitive and displayed great skill during the games. All games were played in good spirits and all the girls really enjoyed the day and opportunity to play against different opposition.

I would like to thank Shane CCRO Wicklow, Wicklow RFC for organising and hosting the tag blitz. Such was the success of the blitz that the girls are pushing for us to organise another before the end of the school year.

If any girls are interested in playing rugby for the local club Arklow R.F.C. you can contact CCRO Barney Hynes Arklowccro@leinsterrugby.ie  or call 086 2309921