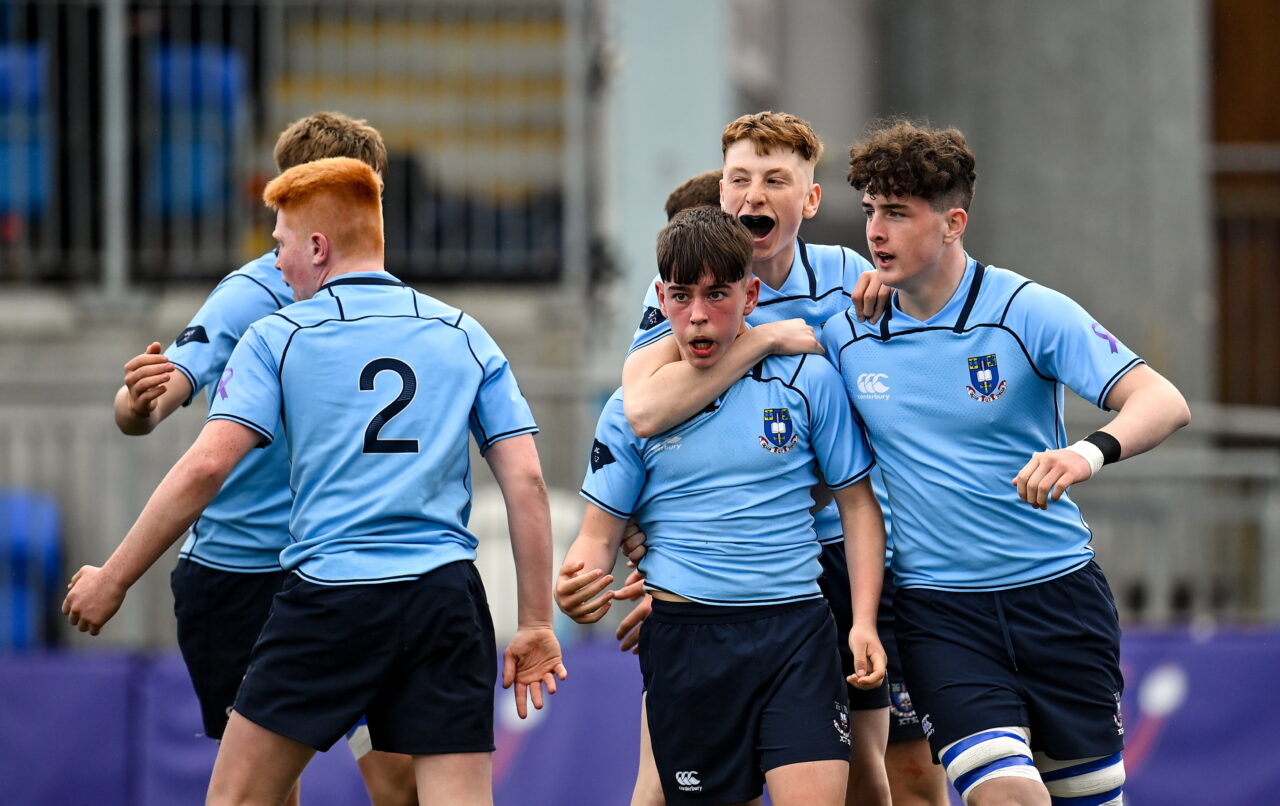 In the end, it all came down to a late converted try by scrum-half Luke Kilmurray as a resilient Roscrea came up just short in their quest for a second title.

Nerves were a factor from the off on the biggest occasion these players would have faced, a Roscrea knock-on was followed by an over-eager St Michael’s clear out at the ruck.

James Miller snatched a turnover for Roscrea and a cheeky grubber through by Fionn Carney caused a spill and a good scrum position.

From there, Joe Finn’s show-and-go provided the go-forward for a series of drives and left-wing Ronan Sullivan was bundled into touch by Jack O’Sullivan.

A crooked lineout handed a scrum to Roscrea and Lee Fitzpatrick simply muscled through bodies for the try, converted by Jack Deegan, in the ninth minute.

From the restart, Roscrea gave up an unforced error for a St Michaels scrum. The predictable onslaught on the line forced a penalty.

The choice was taken to scrum down. The ball was shifted left for wing Daniel Ryan to beat the cover in the left corner, Black’s conversion skimming the crossbar to level it in the 14th minute.

The mistakes were coming consistently, Cathal Lydon’s decision to kick long seeming to be the logical choice for gaining ground.

It was the fracture the forwards needed to gain an edge, No 8 Ryan Greally burrowing to the whitewash for Black to convert for 14-7 in the 20th minute.

Not content to move in front, a long ball forward from Lydon had Sullivan scrambling to touch.

Roscrea decided to contest the throw and paid the price when it lost out on the gamble, Myles Berman grounding in a forest of bodies.

The failure to deal with restarts effectively was becoming a theme for the afternoon, Roscrea using a scrum to put Rob Carney on the ball. 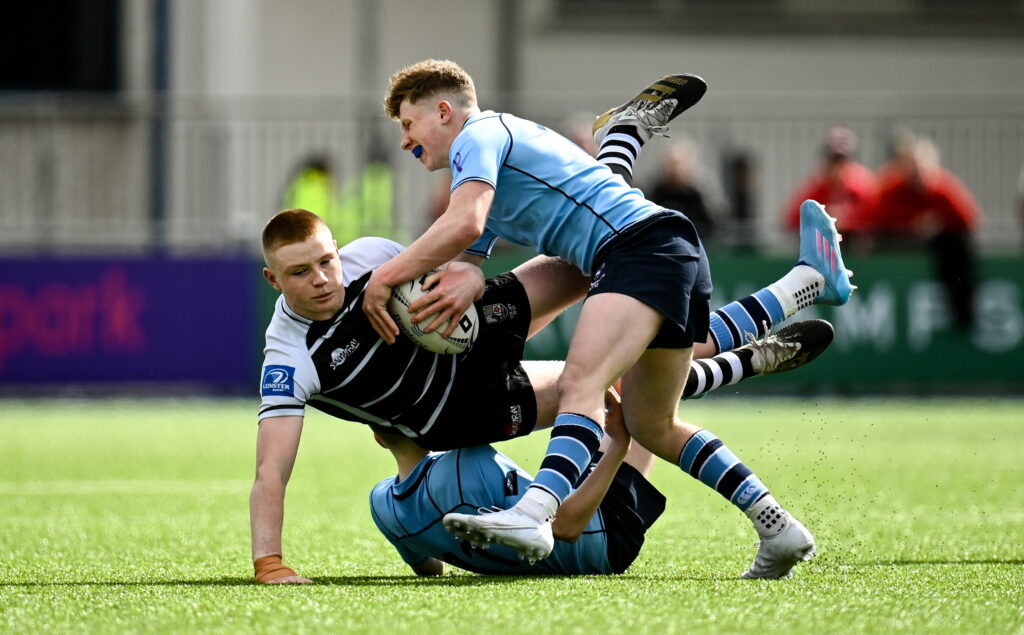 The centre exploited a soft shoulder and simply powered away from the defence for 19-12 in the 24th minute.

Fitzpatrick and Berman exchanged turnover penalties in the middle of the field and Roscrea went to width where O’Sullivan led a counter-ruck to see out the half.

The second period started out the same, two sets of players putting everything into gaining the upper-hand.

What was needed was a clam head. Fionn Carney sniped for 10 metres and bother Rob got an offload away to Fitzpatrick, leading to a barrage of carries which St Michael’s twice repelled.

A clever chip by Fionn Carney for Deegan was undermined by the bounce as St Michael’s were able to continue to apply pressure at the lineout.

Centre Carney was spotted offside in midfield and, once again, St Michael’s shunned the points that would have given them a two-score lead.

When the lineout faltered, Rob Carney exploded from deep inside the 22, taking play up to the opposing 40-metre line.

Billy Hayes, Fitzpatrick and Henry Maher kept the momentum going long enough for Hayes to cross on the right from a second touch, Deegan’s extra making it 19-all in the 47th minute.

The ability of St Michael’s to hold the ball through phases was having an effect on tired bodies, Fitzpatrick falling on the wrong side of a ruck for Black’s penalty to miss right.

At least, they were in the right area for the drop-out, Berman cutting through the first line to find Kilmurray on his inside shoulder for a superb try which Black turned into seven in the 55th minute

Hooker David Willis emerged as an unlikely difference-maker with his second strike against the head, a most unusual feat at the scrum.

Roscrea’s discipline was slipping, giving up two unnecessary penalties in what was a sign of desperation in advance of a third scrum turnover by Willis and his front-row colleagues to signal the end.