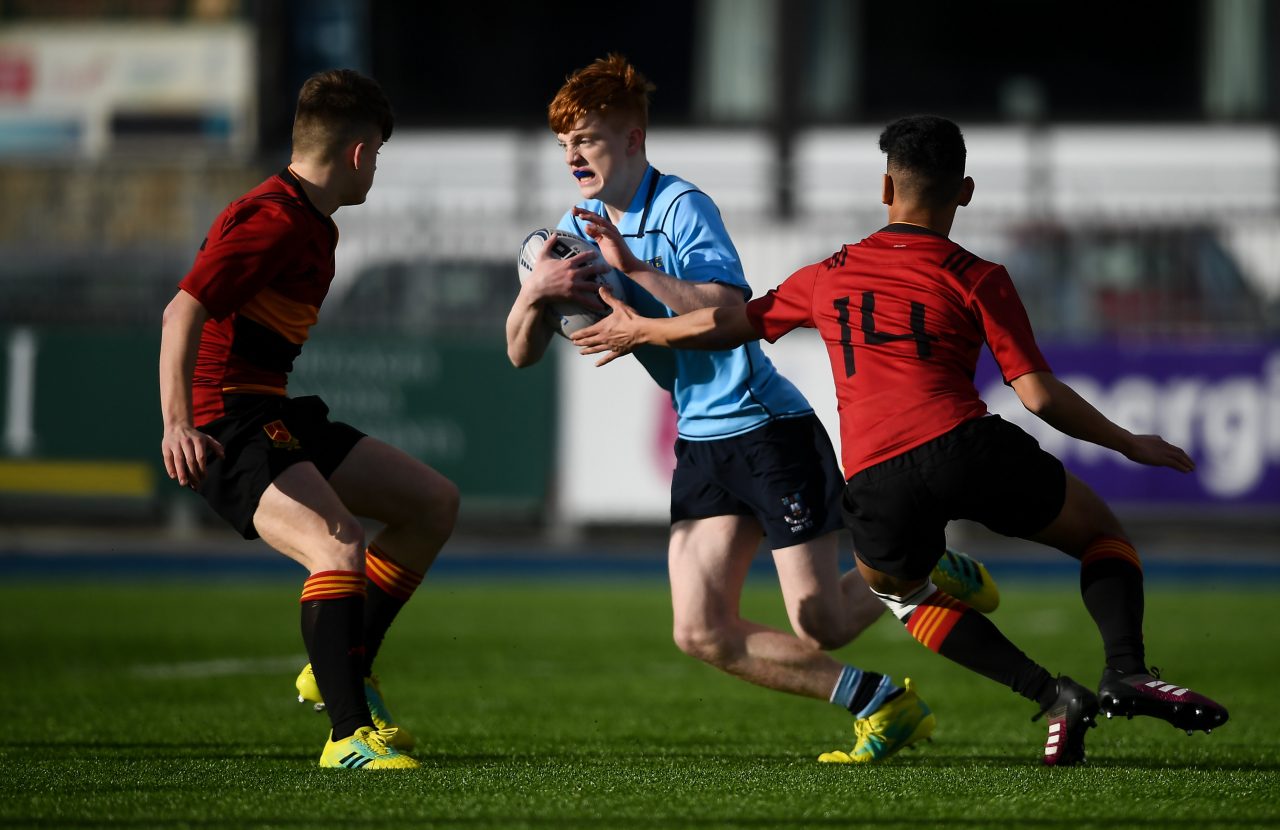 St Michael’s will take on Presentation College Bray in the second round of the Bank of Ireland Leinster Schools Junior Cup.

The foundations for this win were well and truly built in the first-half as a clinical St Michael’s side limited Monkstown to little possession.

There were early warnings but only a Fintan Gunne penalty was registered on the scoreboard.

Henry McErlean scored his first of two tries in the 16th minute, which was followed five minutes later by a Zach Baird five-pointer.

A 5m scrum for Michael’s was driven to the line before Monkstown could stop the progression but Baird was then able to force his way over the line.

David Woods was next to get in on the action, the second row found himself with ball in hand in acres of space in the Monkstown 22 and had the simple task of dotting down.

McErlean’s second was a wonderful bit of individual skill, the footwork of the full-back dazzling on his way through Monkstown’s back line.

Monkstown wouldn’t give up however and, aside from Tiernan Hurley’s try, looked to have solved any defensive issue.

With so much effort assigned to that for the first 20 minutes of the half, Michael’s were able to profit the longer the game went on and Baird, David Fegan and JP Tiernan all notched further scores late on.