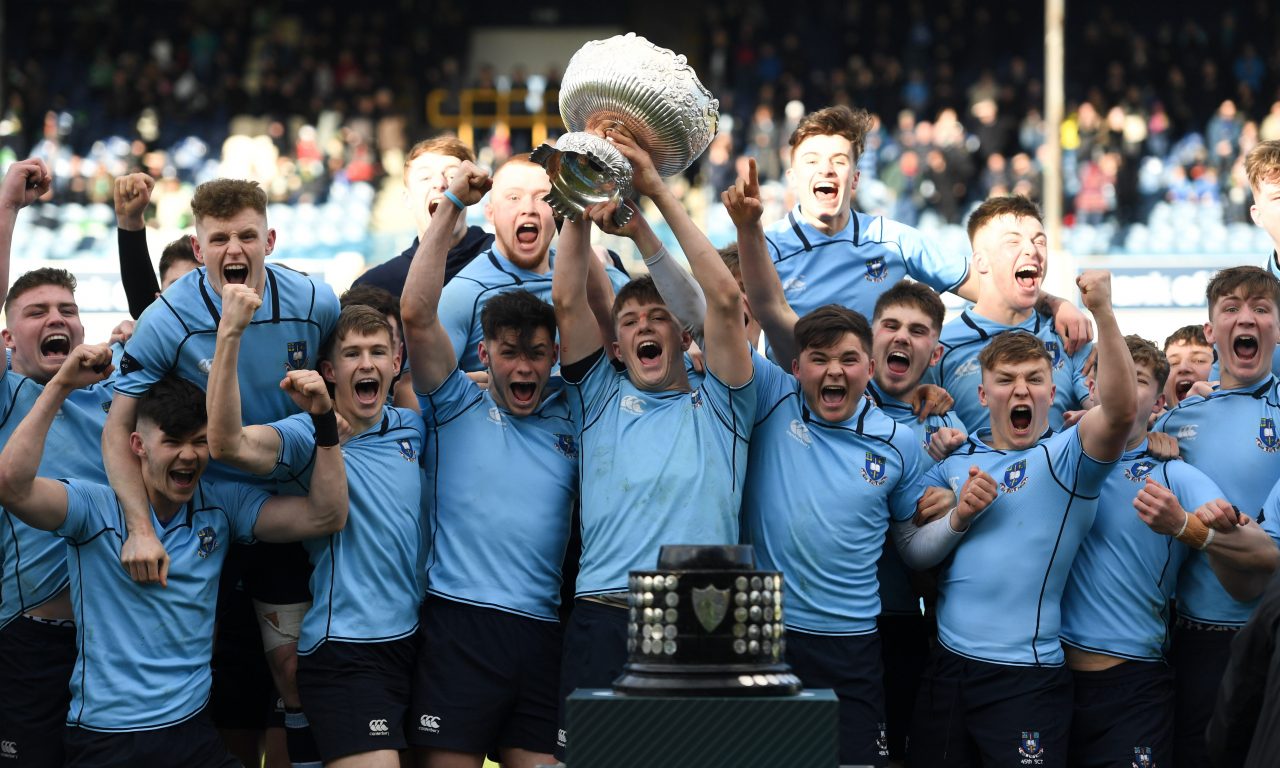 A spirited second-half performance, in which they defended gallantly against Gonzaga, was the cornerstone of the win.

Michael’s played with the advantage of the breeze in the first half and it was cleverly used by their half back pair.

Combined with the power of their pack, they were able to pin Gonzaga inside their own ‘22’ for most of the first 35 minutes.

The first score came in the eighth minute when loosehead Jack Boyle, a key player all year for Michael’s, powered over from close range, showing some excellent handling to ground the ball.

That duo repeated the same feat later in the first half. A wonderful line break from Boyle drove Michael’s deep into ‘Zaga territory and it was the prop again forcing his way over from close range.

That second Michael’s try sparked a revival from their Ranelagh-based opponents.

Their first couple of forays into deep Michael’s territory came to nothing due to a couple of unforced errors.

First, a penalty directed at the corner was put out over the end-line while a knock on ended their next opportunity.

However, ‘Zaga were not deterred by those errors and came back for one last first half flourish.

Wave after wave of attack across the goal-line eventually culminated in Jack Coolican getting their first points on the board.

The loss of Henry Godson inside the first minute of the second half is not what Gonzaga would have wanted.

That loss was compounded by the concession of a third try soon after. St Michael’s powerful front row again causing the problems.

Lee Barron this time scoring beneath a mass of bodies.

Try as they might, ‘Zaga were unable to respond. Despite setting up camp in the Michael’s half.

A break from replacement Luke Hammond in the 53rd minute gave Conor Hennessy and Brian Barron a chance but Barron was held up in his attempts.

The relentless attack from ‘Zaga left them susceptible to a counter attack which duly came.

Winger Eddie Kelly stole away from Michael’s own line before off-loading back inside to Rob GIlsenan who brought it the rest of the way.

That try sparked party mode among the St Michael’s support who were vocal throughout.

Boyle proved to be the star for Michael’s on the day, exerting a huge influence on proceedings all over the pitch while also returning the brace of first half tries.