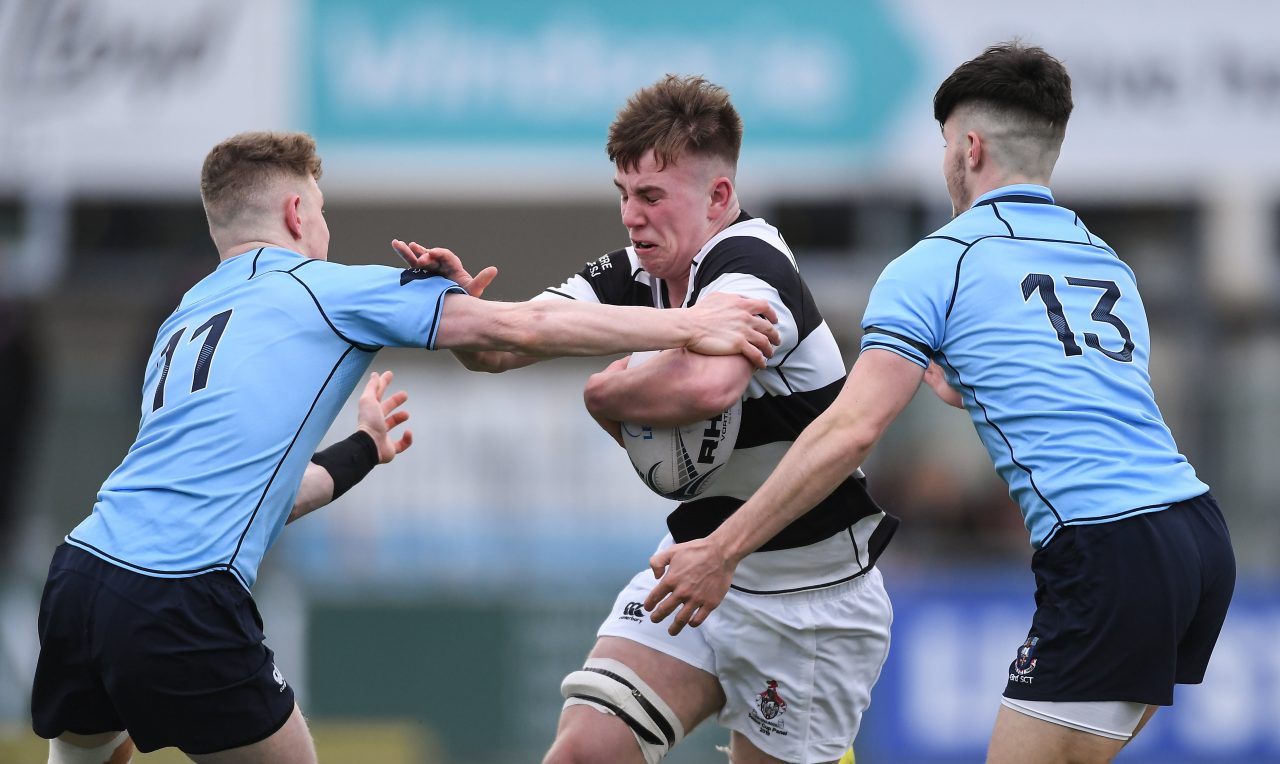 St Michael’s College will face Gonzaga College in the final of the Bank of Ireland Leinster Schools Senior Cup on March 17.

They had a narrow one-point win over Belvedere College today at Energia Park to book their place in the RDS final.

The first half certainly went the way of Belvedere. They commanded possession for 30 minutes or more of the 35.

In the opening passages, some unforced errors and solid defending prevented them from putting points on the board.

Andrew Synnott’s try finally gave Belvedere’s start the points it deserved. The hooker latched on to the back of a lineout maul and carried the ball home to open the scoring.

The lead was very nearly shortlived, and but for Rory Dwyer’s last ditch tackle, it would have been all square again.

The full-back hauled down Michael’s winger Mark O’Brien with the try line at his mercy and it would be the final act for Dwyer who injured himself in the process.

Michael’s then lost John Fish to a yellow card and Dwyer’s replacement Dylan O’Grady made that numerical advantage count.

His captain Aaron Coleman showed both quick thinking and quick hands to release O’Grady into the corner to touch down and double their lead.

The return of Fish as well as the addition of James Power initiated an upturn in performance for Michael’s.

They showed more threat in Belvedere territory and started to force penalties, from which Chris Cosgrave got their opening three points.

He doubled that tally early in the second half before the electric centre got Michael’s first try of the day.

Andrew Smith broke three tackles on a surging run through the heart of the Belvedere defence that put them in good field position.

The impressive Alekseiy Soroka had an instrumental part in the try, as did Jack Guinane, leaving Cosgrave with little to do.

Conor Cagney responded for Belvedere, regaining the lead for them in the 48th minute in a show of power from the Belvo pack.

Belvedere started from almost their own goal line with the clock in the red and put in a valiant effort but were stopped by a defiant St Michael’s rearguard when hooker Barron forced a penalty.

All roads now lead to the RDS Arena on St Patrick’s Day.