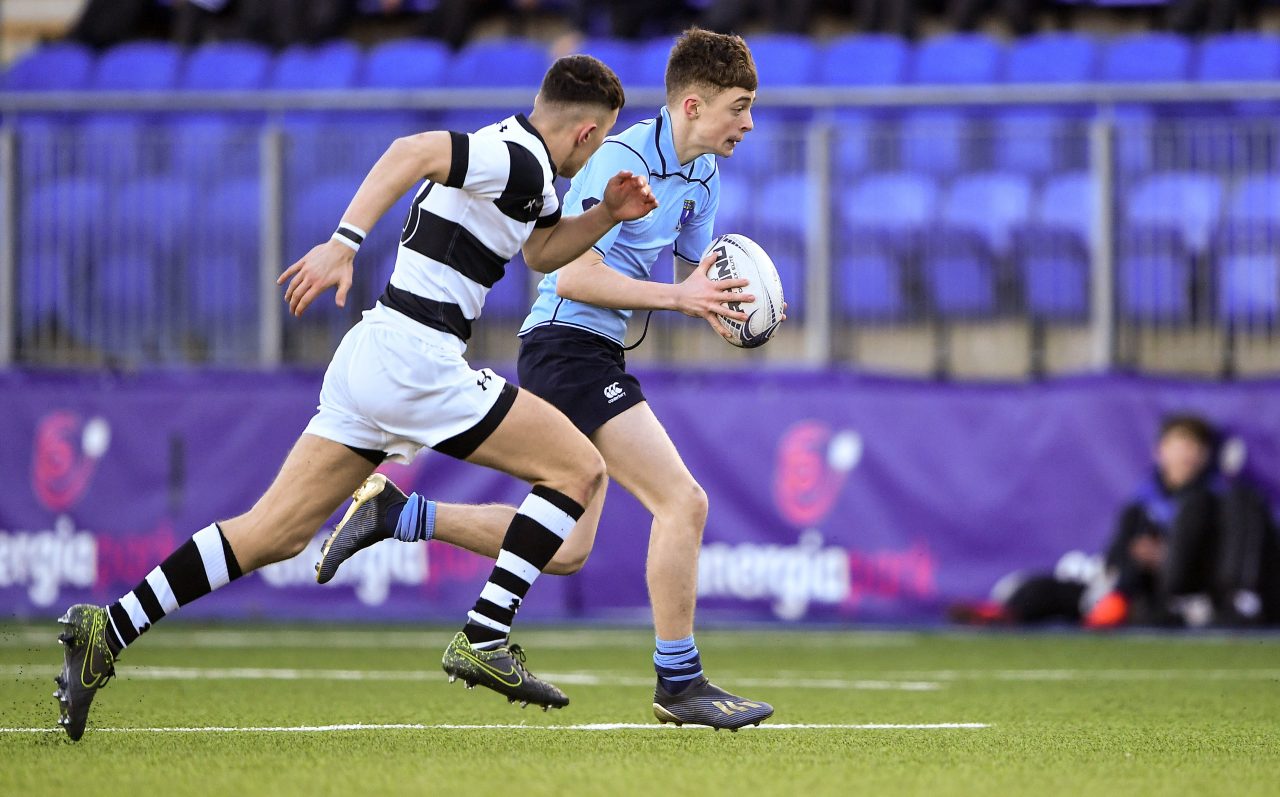 Tom Stewart’s St Michael’s held out against a resilient Belvedere side in the Bank of Ireland Leinster Schools Junior Cup first round today at Energia Park.

Centre Jules Fenelon concluded an energetic opening with a penalty to put St Michael’s in front in the fifth minute. This was quickly doubled by Fenelon for a dangerous tackle.

Fly-half Harry Gormley shot through a gap to take Belvedere past halfway. They looked to be on the verge of something positive until Ryan Bolger couldn’t hold Gormley’s hot pass.

Their continuity eventually came to nothing and St Michael’s were slick enough to work an overlap on the left for lock Daire Lydon to score in the 16th minute. It didn’t improve any for Belvo’ when Ivor Cuddy was binned for a deliberate slap down, their full-back Patrick O’Grady preventing further damage with his defence.

Their centre Louis Gaughan conjured up a magical try when slipping through to round the last defender, Andre Ryan’s conversion making it 11-7 in the 27th minute.

The groundwork of captain Stewart produced a penalty which Fenelon almost made from 43 metres to end the half. St Michael’s were soon on the move, full-back Matthew Green-Delaney brought to ground by Gaughan.

The Northsiders were disciplined in defence and stayed in it by dominating at the breakdown even when Gaughan was binned for a high tackle.

St Michael’s surged, Mark Canniffe powering up the left and lock Lydon charging to within three metres, for Canniffe to twist to the line for the try, converted by Fenelon in the 56th minute.

It looked decisive until Belvo flanker Odhran Dillon-Kelly struck for a try straight away to make it a one-score game in a tense finish.