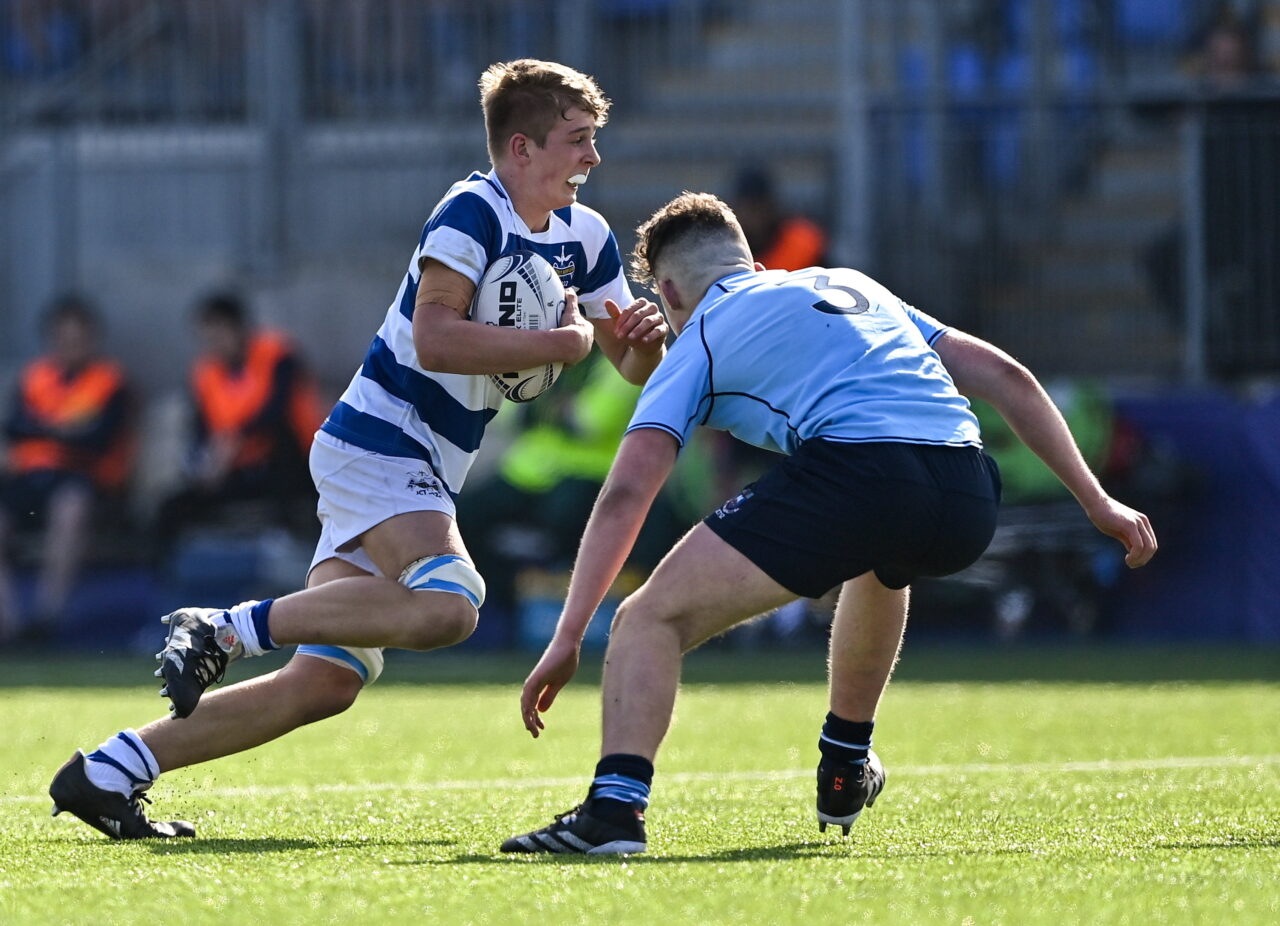 This was proof positive that you don’t need tries to create a classic Bank of Ireland Leinster Schools Junior Cup semi-final at Energia Park on Monday afternoon.

St Michael’s College booked their place in the decider in the low-scoring affair, ending Blackrock College’s hopes of a double with their senior team already in the final.

Blackrock employed the two-man tackle early on to drive carriers back in contact and scrum-half Harry Phelan blasted into the backfield to add further pressure.

When Paddy Clancy lofted a ball left, St Michael’s full-back Jack O’Sullivan was isolated for a moment. It was all the encouragement the chasers needed to clamp down for a penalty which Clancy nailed in the third minute.

There was real bite in every tackle, St Michael’s gaining traction at the breakdown for penalties that led to back-to-back lineouts.

It was ‘Rock’s turn to feel more heat than even the sun provided, a forward pass preventing Daniel Ryan from making hay up the left.

There was a clear plan to target St Michael’s captain Ethan Black, Johnny O’Sullivan the latest to drive the centre into touch.

The agility of lock Eamon Burke was an X-Factor at the ruck for St Michael’s and out-half Cathal Lydon was fond of the grubber in behind.

The quick reaction of their No 8 Ryan Greally at a ruck forced a penalty for Black to level it up in the 16th minute.

The maul looked like a smooth avenue for Blackrock, their eagerness to play away from it complicated by St Michael’s’ growing confidence in defence, reflected by Burke and Greally’s technique at the ruck.

St Michael’s kicking game from Lydon and O’Sullivan was a touch sharper, giving them the edge in territory in the second quarter.

But, Blackrock’s height and long levers at the lineout was a problem that stunted their momentum.

It was quality stuff, Senan Wall snaring another penalty at the ruck and a scrum in the middle was used to feed Ryan, his kick bouncing off Cormac Sheahan to signal half-time.

St Michael’s started the second period better than the first, moving the point of attack to claim another penalty, Black slicing the posts for 6-3 in the 34th minute.

Blackrock came like a hurricane up the left through Michael Walsh, O’Sullivan knifing infield where those St Michael’s centres McConnell and Black shut the door for a penalty. 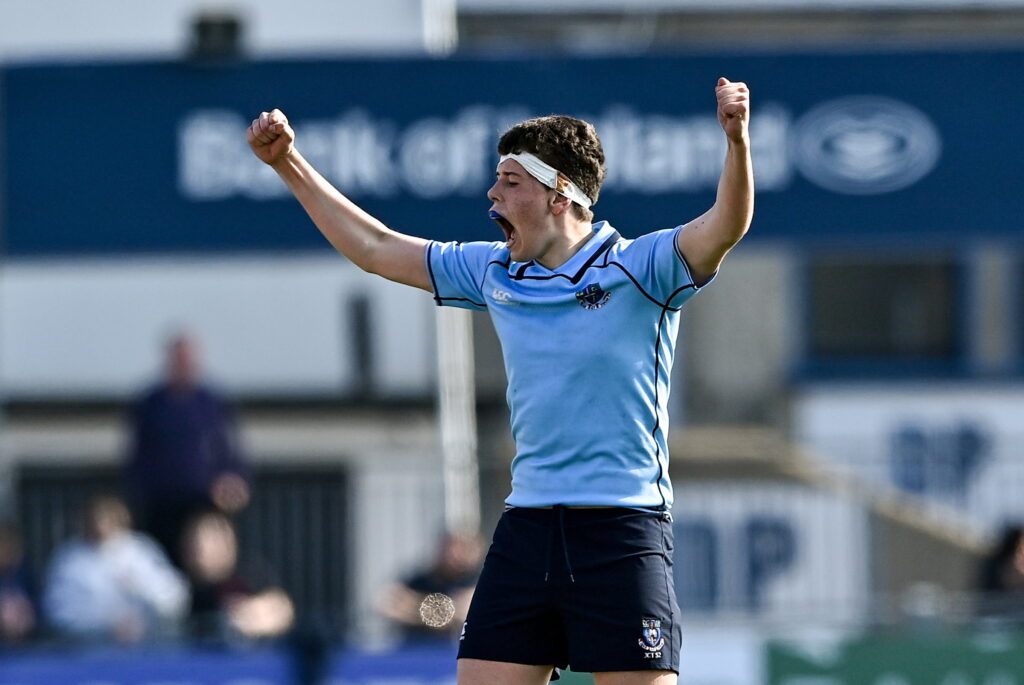 When O’Sullivan came out the other end of a tackle, his kick ahead was just about dealt with by McConnell and Oran Richardson.

St Michael’s were making more ground up the guts and Black’s maturity in playing the ball away spoke to the trust in those around the captain.

The ploy to keep the ball in hand was working right up until the lineout cracked, even though lock Burke was growing stronger with every minute.

Blackrock’s defence was unyielding forcing spills inside their 22 to allow Clancy to relieve the pressure.

The problem was St Michael’s had the ball and the continuity to land the knockout blow when Burke steamed to the line only to be penalised for a double-movement.

Then, Michael Walsh’s mistimed tackle was far too high and too forceful, the captain red-carded.

St Michael’s came down the left for Ryan and McConnell to almost work the oracle, leaving the outcome open to change.

But, Blackrock couldn’t break out of the stranglehold in a frantic, fantastic finale.