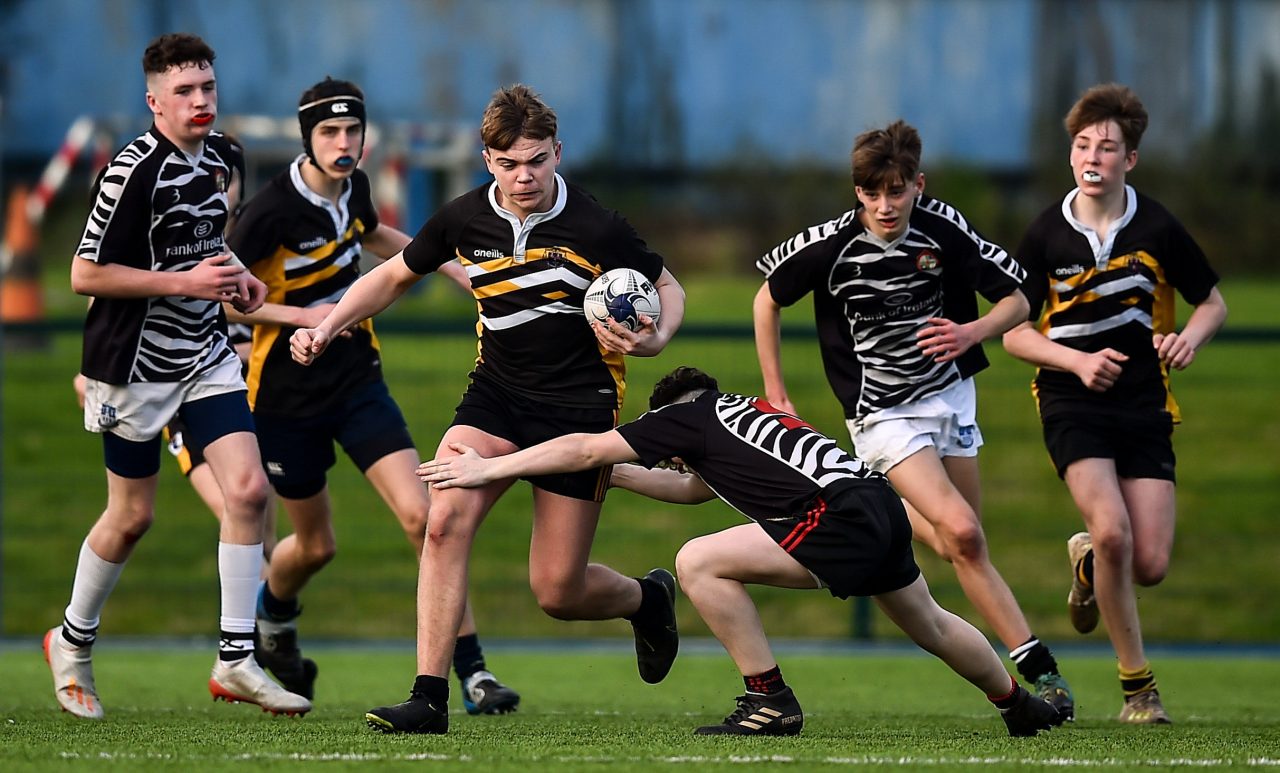 St Patrick’s Classical School, Navan, were the fourth and final team to book their spot in the semi-finals of the Bank of Ireland Fr Godfrey Cup today.

They ran out 30-14 winners over Ardscoil na Trionoide at Energia Park with the impressive Peter McEntaggart scoring a hat-trick.

St Pat’s captain Oisín Heffernan opened the scoring midway through the first half with a powerful drive to the line and McEntaggart followed it up very quickly with his first of three.

The centre showed roaring pace as he raced into the outside line before dotting down in the corner.

Ardscoil were able to respond before the break with Tom McBride driving under the posts for the Athy school but Max McKenna added another three for St Pat’s immediately after.

McEntaggart didn’t need long in the second half to double his tally for the afternoon, grabbing another within 40 seconds of the restart.

Niall O’Hanlon’s try for Ardscoil, converted by lively out half James Harris, cut the deficit back to six and gave them renewed hope.

That was shortlived however as their Navan counterparts struck for two quickfire tries once more.

First, No 8 Jack Owens charged down an attempted kick before winning the race to ground it before McEntaggart once again showed his speed and composure to break through the Ardscoil rearguard before a quick step allowed him time to get to the corner.

They will now face CBS Wexford in the semi-final next Wednesday with the venue to be confirmed.

The other semi-final, between CUS and The High School will be played at Templeville Road on Monday, January 27, at 2.30pm.