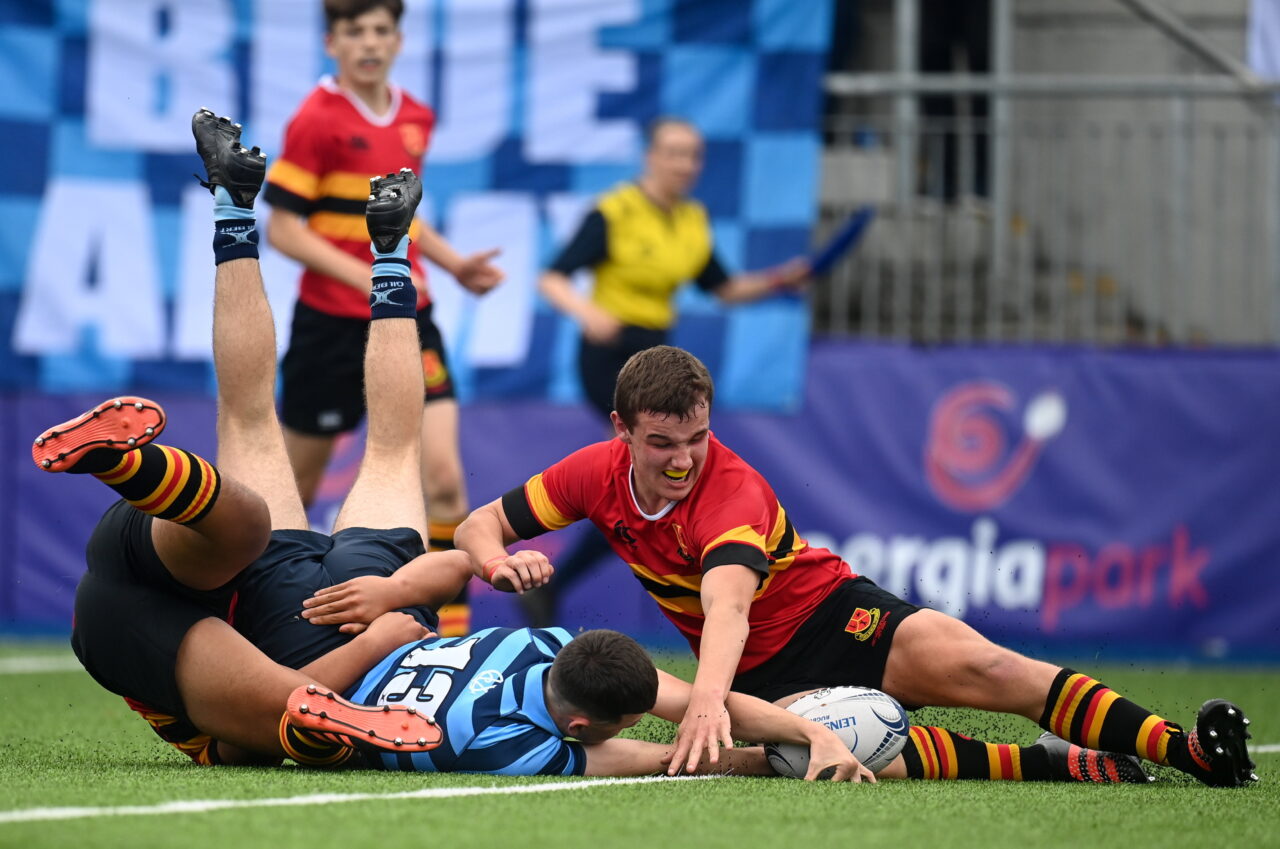 The north-siders made their intentions clear from the start, Conan Lennon, John Cadogan and Gildea carrying into the teeth of the defence.

CBC met muscle with muscle and organisation, their flanker Liam Guckian earning a penalty for his commitment to take his boys forward.

‘Knock right-wing Harry Mathews did very well to take Ronan Mahon’s high-ball and turn the corner to speed up the right touchline.

Lennon made smart yards from a slick lineout move. Just when their attack looked like coming to nothing, Ben Egenton picked up a loose pass, weaving through a thicket of bodies for an unlikely try which the centre also converted in the 10th minute.

Flanker Max Kennedy returned the kick-off with interest until CBC’s ruck work forced a penalty for holding on.

Monkstown flanker Louis Cahill was smooth at the lineout, Cuan Hussey almost made it through a gap in midfield, captain Charlie Meagher made ground up the right and Mahon pinged the right corner to apply pressure.

It was a job Lennon was up to, soaring highest to claim a valuable lineout and causing a penalty from the ensuing maul.

However, CBC were edging the battle to play in the right area of the field, Guckian hammering out metres, wing Hussey dodging inside for the play to swing left where Eoghan O’Hanlon had the legs to make it 7-5 in the 22nd minute.

An interception by Mahon and an astute kick by scrum-half Oran O’Keeffe put CBC on the attack.

O’Hanlon’s football intelligence was coming to the fore, a crossfield kick putting Hussey into space, CBC coming back left for Cal Traynor-Russell to outstrip the cover, Mahon’s conversion making it 12-7 at the break. 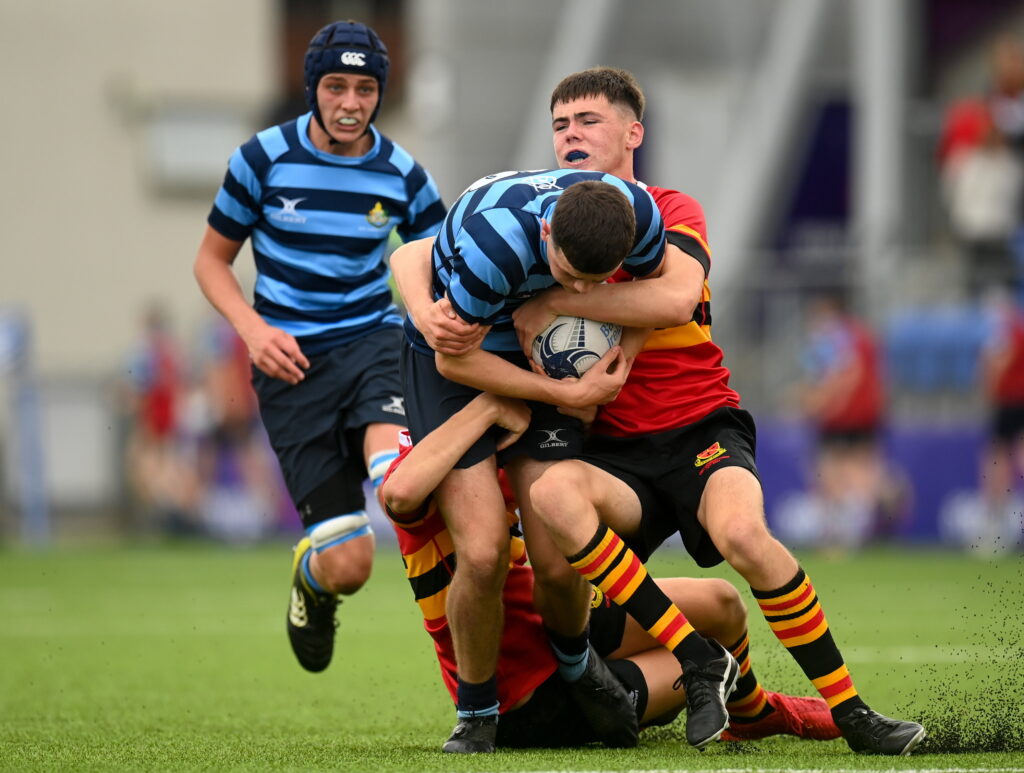 On resumption, centre Gildea blasted through tackles to set a physical tone for Castleknock and Conor Duffy also took the ball up to force a five-metre lineout.

The maul worked a treat for tight-head Cadogan to shear off on his way to the line, Egenton converting from the left for 14-12 in the 36th minute.

Again, O’Hanlon’s quick-thinking was good for a chunk of metres to put CBC in position, Guckian carrying the fight to draw a tricky penalty which Mahon missed to the right.

Straight away, they came back down the left for Traynor-Russell to flash outside the defence for his second try, Mahon converting for 19-14 in the 40th minute.

In response, ‘Knock went direct, their big ball carriers making ground to set up camp in the 22 where CBC centre Milo Quinn twice relieved the pressure, first with a burst and then with a long kick.

The penalties were beginning to mount up for CBC, leading to an increase in the energy spent on defending.

Eventually, Lennon took charge of the ball and centre Gildea barged over to recover the lead in the 56th minute.

There was still enough time for CBC with O’Hanlon and Quinn probing. They just couldn’t make the breakthrough in a hectic finale.