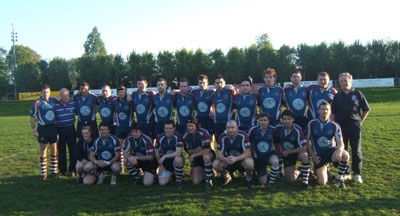 Stillorgan RFC is a progressive junior club based out of Bird Avenue, Clonskeagh, Dublin 14…

The club is player-focused, ambitious with an ethos that the players are the club. Player numbers and success has increased over the last 10yrs and we are driven to continue this trend.

Our 1st XV have been extremely successful in recent years after gaining successive promotions and only last year reaching the final of the Albert O’Connell Cup (J2). The club will field three adult men’s sides in 2014/15 season – at Leinster Metro League Division 3, Division 7 and Division 11.

The club has a vacancy for Club Head Coach for the 2014/15 season to coordinate and implement training structures that will aid all teams to further develop and achieve success in their respective leagues. The new Club Head Coach will work closely with the Club Director of Rugby to ensure the development of all players.
We have current members who are available to assist the new Head Coach in applying new structures across the three teams allowing him/her to spend more time with the 1st team.

We are interested in ambitious coaches, who can bring an innovative, fresh approach to training and a structured way of playing that caters for both forwards and backs alike.

SRFC can offer the New Head Coach:
• Support in developing their coaching abilities and achieving any personal coaching goals as we believe that this will benefit both the individual and the club
• State of the art new astro pitch for training
• A very enthusiastic player base from the experienced 1st XV, to players that have only started their rugby careers in recent years. All of whom want to develop and realise their playing potential both personally, as a team and finally as a club.
• A very active social scene with events organised throughout the season to aid in team building.

As well as coaches we are open to experienced players applying for a player/ coach role if they have the ambition and drive to combine both roles. This may suit players who have a long term goal to go into coaching at the end of their career or indeed schools coaches who wish to combine that role whilst achieving further experience in a Club Head Coach role.

Please send applications and CV’s to Daniel Shanahan: shanahandaniel@hotmail.com no later than Friday 21st March 2014. All applications will be treated in the strictest confidence.