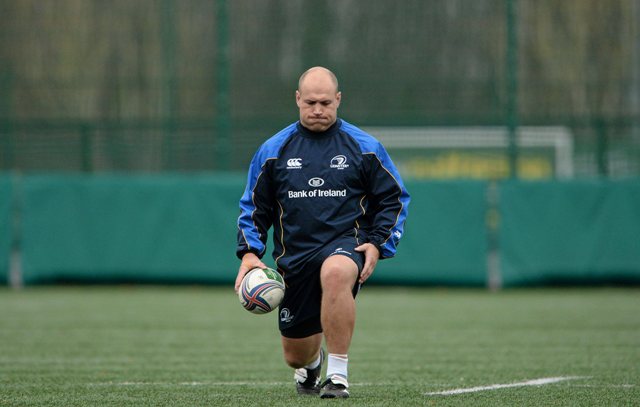 Ahead of the visit to the RDS of the Ospreys on Friday evening (KO: 8.00pm), coach Matt O’Connor has made a number of changes and one surprise addition to the replacements bench for the Round 6, Heineken Cup clash.

The back division sees no change from the 15 that started in the hard fought away win in Castres last weekend, but up front there are four changes in personnel. However, the most surprising inclusion is the addition of the fit again Richardt Strauss as reserve hooker.

The four times capped Irish international was diagnosed with a heart condition last October and while initially ruled out for the rest of the season, he has progressed excellently to the extent that the medical team has cleared him to play sooner than expected.

Back to the starting 15 and Sean Cronin is once again selected at hooker and will win his 63rd Leinster cap against the Ospreys, while the fit again Cian Healy scrums down beside him after an impressive display off the bench against Castres. On the other side of Cronin, having been named in the extended Irish 6 Nations squad earlier in the week, Martin Moore gets the nod at tighthead. Last weekend’s starting props, Jack McGrath and Mike Ross, provide cover from the bench.

Should Mike Ross feature off the bench, it will be Corkman’s 100th Leinster appearance since joining in 2009/2010 from Harlequins.

Devin Toner and Mike McCarthy are retained in the second row but there are two changes in the back row with Kevin McLaughlin and try scorer against Castres Jordi Murphy making way for Rhys Ruddock and Shane Jennings.

Jamie Heaslip captains the side from 8.

Further infromation about Gahan Meats can be found at www.gahanmeats.ie or you can follow them on www.twitter.com/gahanmeats

The Official Leinster Supporters Club (OLSC) can confirm the following international coverage of the game this weekend.

See our Blue Planet Guide for rugby friendly venues who play games in over 50 cities around the world (we recommend calling ahead to check) here.