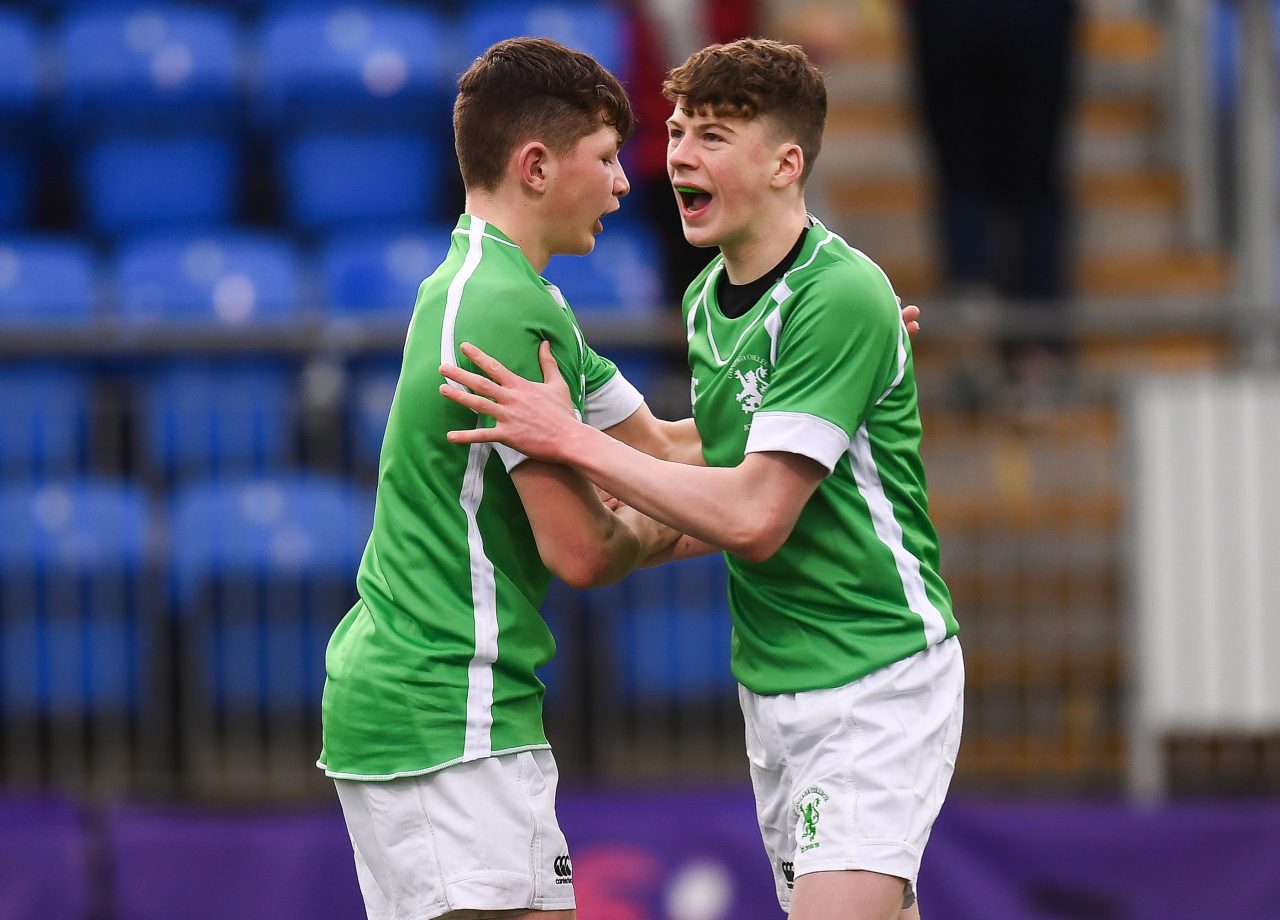 Gonzaga College will be in the draw for the second round of the Bank of Ireland Leinster Schools Junior Cup following their win over Kilkenny College.

A strong first half, in which they raced into a 14-3 lead was the foundation of a solid performance from the Ranelagh school.

James McCarthy got the first of ‘Zaga’s two first half tries in the seventh minute before Harry Rogers replied with a penalty for Kilkenny.

As the half drew to a close with both sides cancelling each other out, flanker Paul Wilson was the difference, crashing over the white wash near the posts.

Wilson added his second within a minute of the start of the second half. He blocked down a kick and charged on to the loose ball and then made Hugo McLaughlin’s converting job much easier by getting across to touch down centrally.

To finish off the scoring for the day, an excellent bit of footwork and strength from David Colbert enabled him to get over the line in the 40th minute.

From that point, Gonzaga’s crowd were in party mode while the team defended resiliently to see out the win.