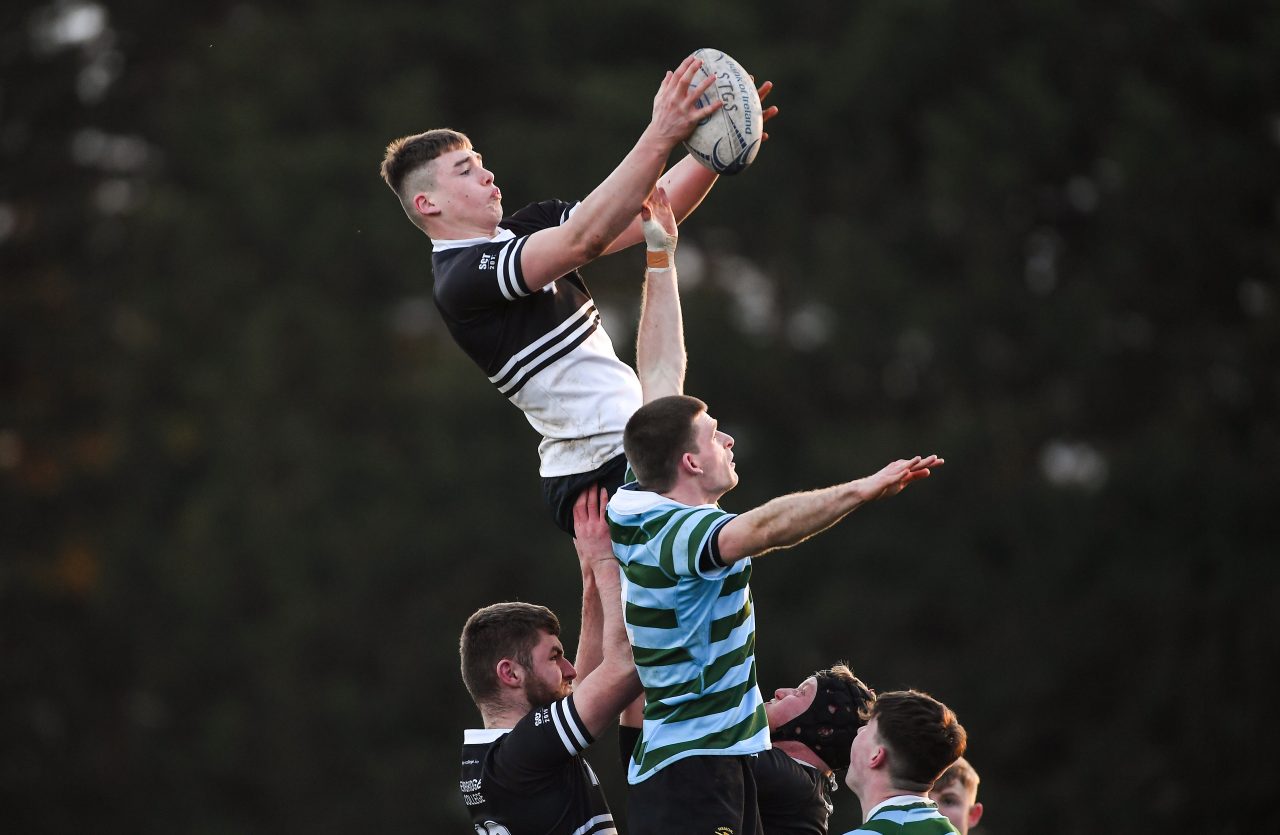 Newbridge College delivered a strong second-half performance to get the better of St Gerard’s in the opening round of the Bank of Ireland Leinster Schools Senior Cup.

Trailing 6-5 at the break, the south Kildare men responded with tries from Jordan Nolan and replacement back-row Donough Lawlor to book their spot in the last-eight for a second year in succession.

It proved to be a near-perfect opening to the contest for the Garden County outfit – just two minutes were gone on the clock when they broke the deadlock. From a distance of 30 metres, Ben Watson split the posts to offer Gerard’s early daylight over their south Kildare rivals.

Eager for a swift response to this early set-back, Newbridge subsequently created territory inside the opposition half. This eventually led to a fifth-minute penalty inside the ’22, but the resulting strike by Jack Doyle drifted past the target.

While the vocal Gerard’s faithful breathed a sigh of relief, they re-discovered their voice in time for Watson to double their advantage on 12 minutes. James Kennedy’s initial drive developed forward momentum, only for the retreating Marcus Kiely to halt his charge towards the line.

Nevertheless, Gerard’s persistence up front ensured that Watson was presented with an ideal opportunity to bolster his own personal haul. Shooting at a tricky right-hand angle, the dependable inside centre found the range in spectacular fashion.

Newbridge came under increased pressure as the action progressed, a Gerard’s knock-on spared their blushes as Craig Kenny was ready to pounce for a second-quarter try. Niall Smullen’s outfit maintained a potent threat in possession, however, and this finally came to fruition on the half-hour mark.

A sweeping move was heralded by Kiely’s neat pass out towards Sam Cahill. He released Donal Conroy for a run at the whitewash, and the winger squeezed over in the right-corner to finally get Newbridge up and running.

Having led for almost the entirety of the opening period, Gerard’s suddenly found themselves chasing the game on the resumption. Rather than opt for another shot at goal, Doyle kicked Newbridge’s latest penalty to touch.

This was a shrewd decision on the half-back’s part, as it led to an eventual try on the left-wing. Capitalising on Doyle’s sublime pass out of an ensuing ruck, flanker Nolan broke through for a magnificent five-point finish.

Doyle supplied the extras to give Newbridge a 12-6 buffer on 37 minutes. The gauntlet was thrown down to Gerard’s for the first time and they needed to regain control of the ball to stop Newbridge in their attack.

They managed to do just that, and while their opponents appeared to have weathered a significant storm, their line was breached in clinical style on 49 minutes. The towering James Kennedy was offered space to manoeuvre on the left and he took full advantage with a stunning individual try.

It was the switch of Conroy into midfield – from his previous right-wing posting – that ultimately swung the tie in Newbridge’s favour.

After he was hauled down just shy of the Gerard’s line 13 minutes from time, Lawlor was on hand to dot down and Newbridge held their nerve in the closing stages to secure their progression into the last-eight.