Strong second half powers Schools to victory over Exiles 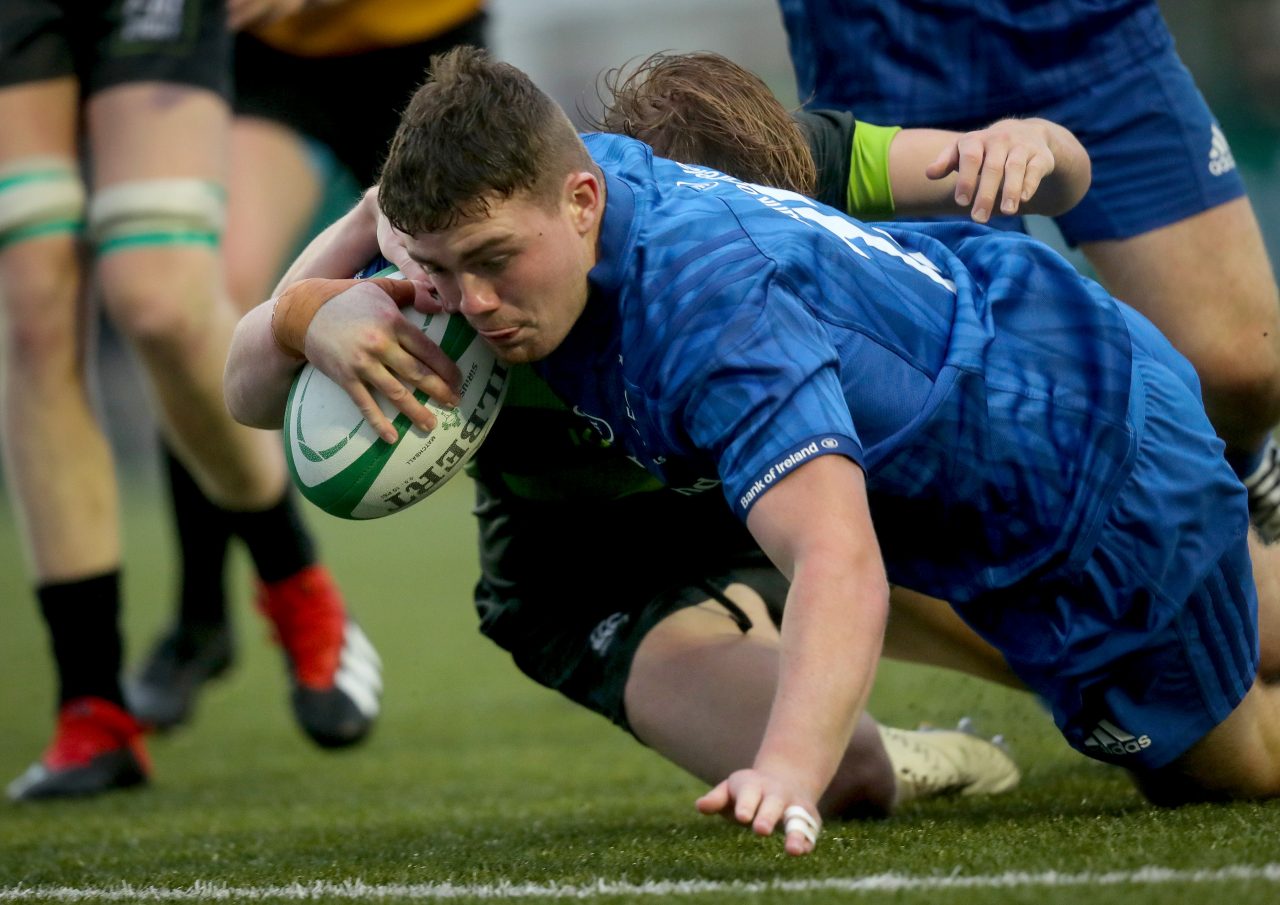 Coach Andy Skehan changed half the team that saw off Ulster in the first round.

“The changes were a reflection of the priorities on testing and identifying talent,” said Skehan.

Despite the conditions, Leinster still managed to put five tries on the board highlighting the strength in depth at Skehan’s disposal.

They took the decision to give whatever the Exiles gave them, the spread defence making it easier for Leinster to make ground closer in.

It was two quick tries from hooker Scott Barron and centre Daniel Hawkshaw, Harrison converting both, that pushed Leinster 20-7 clear at the break.

Then, it was prop Rory McGuire’s turn to sandwich the Exiles second try with a brace of his own in the 40th and 46th minutes to make it a 20-point game.

The last effort came from loose-head Jack Boyle, the fourth for a front row forward to complete a well-rounded performance before the Exiles came on strong towards the end.

“The team is progressing well. We’re happy with where we’re at,” added Skehan.

“We still have a lot of areas where we can be better. We know that.

“We will park this tomorrow and go about making the improvements necessary for Munster on Sunday.”