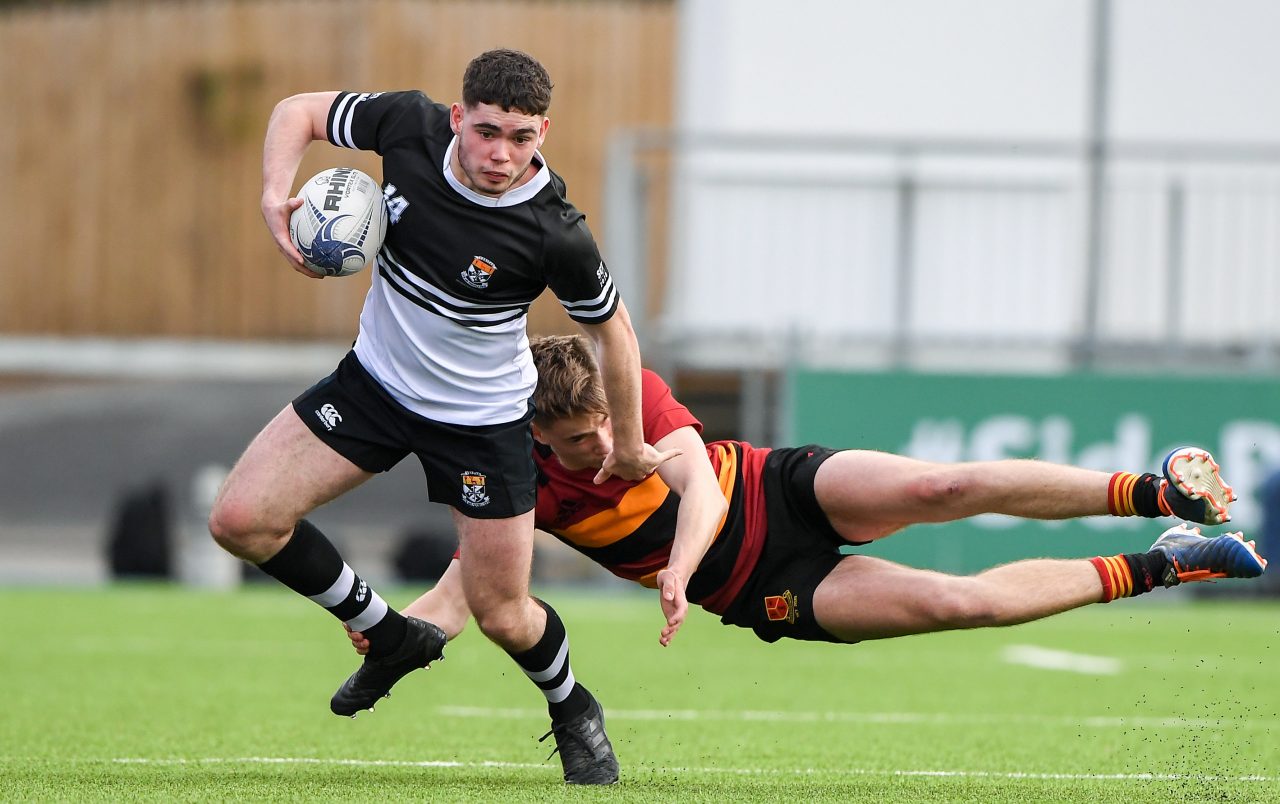 Newbridge College were the eighth and final team to book their spot in the Bank of Ireland Leinster Rugby Schools Senior Cup Second Round today at Energia Park.

After a tense first half which ended with a converted try apiece, they were able to up their game to an intensity that CBC Monkstown struggled to keep pace with.

Newbridge were reduced to 14 temporarily in the opening 10 minutes when No 8 Donough Lawlor was shown a yellow card for an infringement in a maul.

Despite that, they continued to press Monkstown and when Samuel Prendergast used a penalty to stick the ball into the corner, the South Dublin school looked in trouble.

Sam Montayne came to the rescue and they were able to work their way up the field.

The importance of Montayne’s intervention became even greater when a break from Liam Forster and James Brindley exhibited a wonderful move for the latter to tear through the Newbridge line.

Flanker Conor Anderson’s support line had him in the right place at the right time to take Brindley’s off load and run in unopposed for the game’s opening points.

Good work at the break down from the back row, Forster in particular, kept Monkstown on the front foot for the remainder of the half.

And it was the captain who forced the penalty that allowed Eoin Quinn to chance to add another three to his tally but his well-struck effort from the touchline went just right of the post.

The Kildare students rallied late in the first half and forced a penalty deep into Monkstown territory. After opting for the scrum, Newbridge were happy to let the forwards test Monkstown first but it was the backs who made the breakthrough.

A clever pass from Samuel Prendergast left centre Marcus Kiely with a clear 1om run in between the posts and it was back to Prendergast again for a successful conversion which was greeted by the half-time whistle.

That score was a much-needed boost for Newbridge and it certainly provided them with the impetus at the start of the second half.

Prendergast slotted two penalties from a similar position to edge 13-7 ahead while Donal Conroy was a relentless threat on the wing.

But when their second try did arrive it was the opposite wing, James Gaire who got over, but not without a delightful assist from Conroy.

From there, Newbridge never looked like they would relinquish the lead again.

Prendergast added three more to his tally before Kiely broke away and fed replacement David O’Sullivan for their third try.

Kiely got his second with just five minutes remaining, this time O’Sullivan returned favour, putting his captain in for his second try of the afternoon.

Lawlor intercepted at halfway to add another try before Conor Halpenny finished the scoring in the final minute in what was a confident display from Newbridge, particularly after the break.