Strong second half gets Newbridge Junior side through to next phase 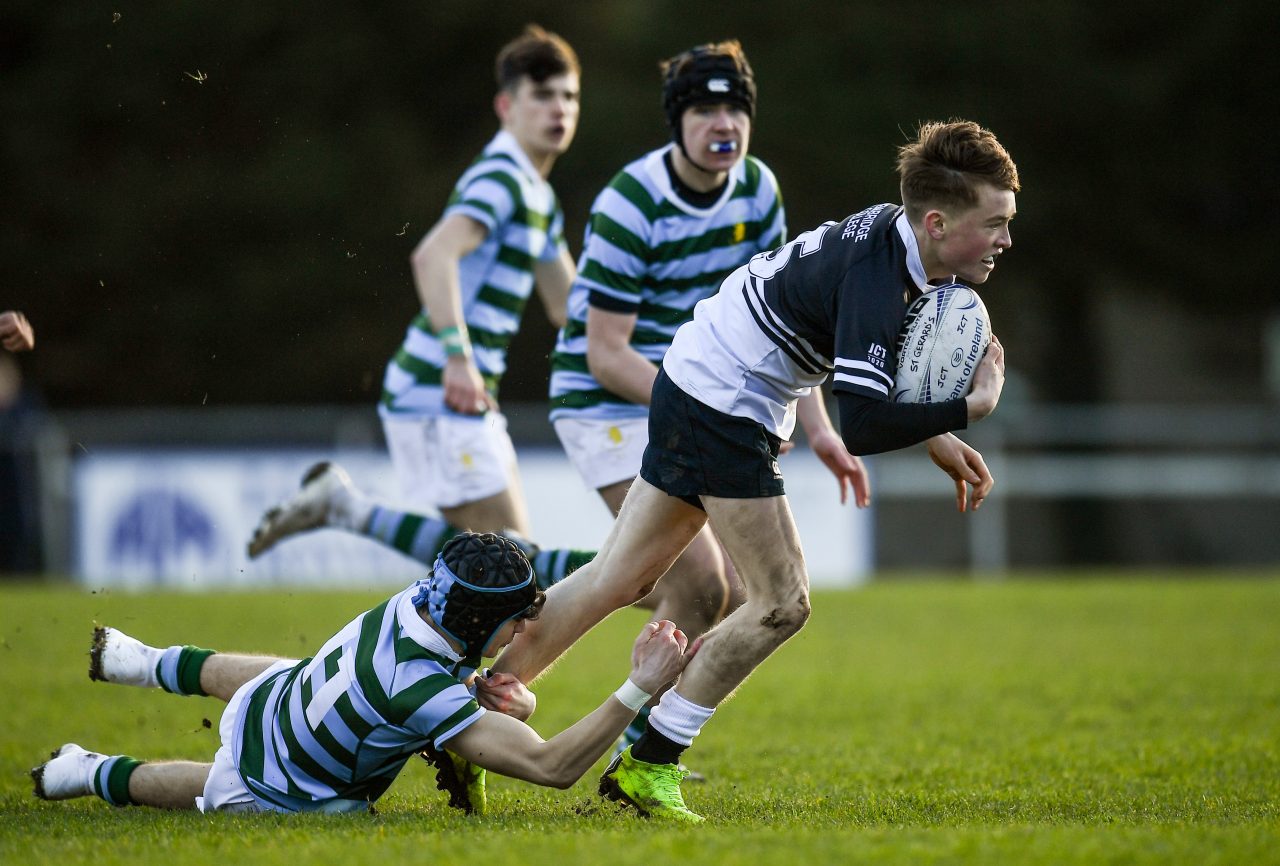 It took two tries from Harry Farrell and Tadhg Brophy in the second-half to turn this Bank of Ireland Leinster Schools Junior Cup first-round tie in favour of Newbridge at windy Templeville Road earlier today.

When these two schools met in the Leinster League earlier in the season, it was nip-and-tuck all the way.

The same again was expected and, ultimately, delivered from first minute-to-last as St Gerard’s started and ended the first period the better side without making it count. Their centre Dylan Maher punched in the first try in the second minute of the game, from a well-designed backs move off a scrum for out-half Jordan Younger to convert.

Newbridge’s left-wing Andrew Carroll struck back with an unconverted try before, St Gerards Maher capitalised on a mistake, to get away to his second try for the Bray school to lead 12-7 at the break.

The Bray side were unable to add to their total in the second half, as Newbridge captain Ruairi Byrne came to the fore. Centre Harry Farrell cut the difference to two with a 40th-minute try and full-back Tadhg Brophy provided what turned out to be the winner in the 51st minute.