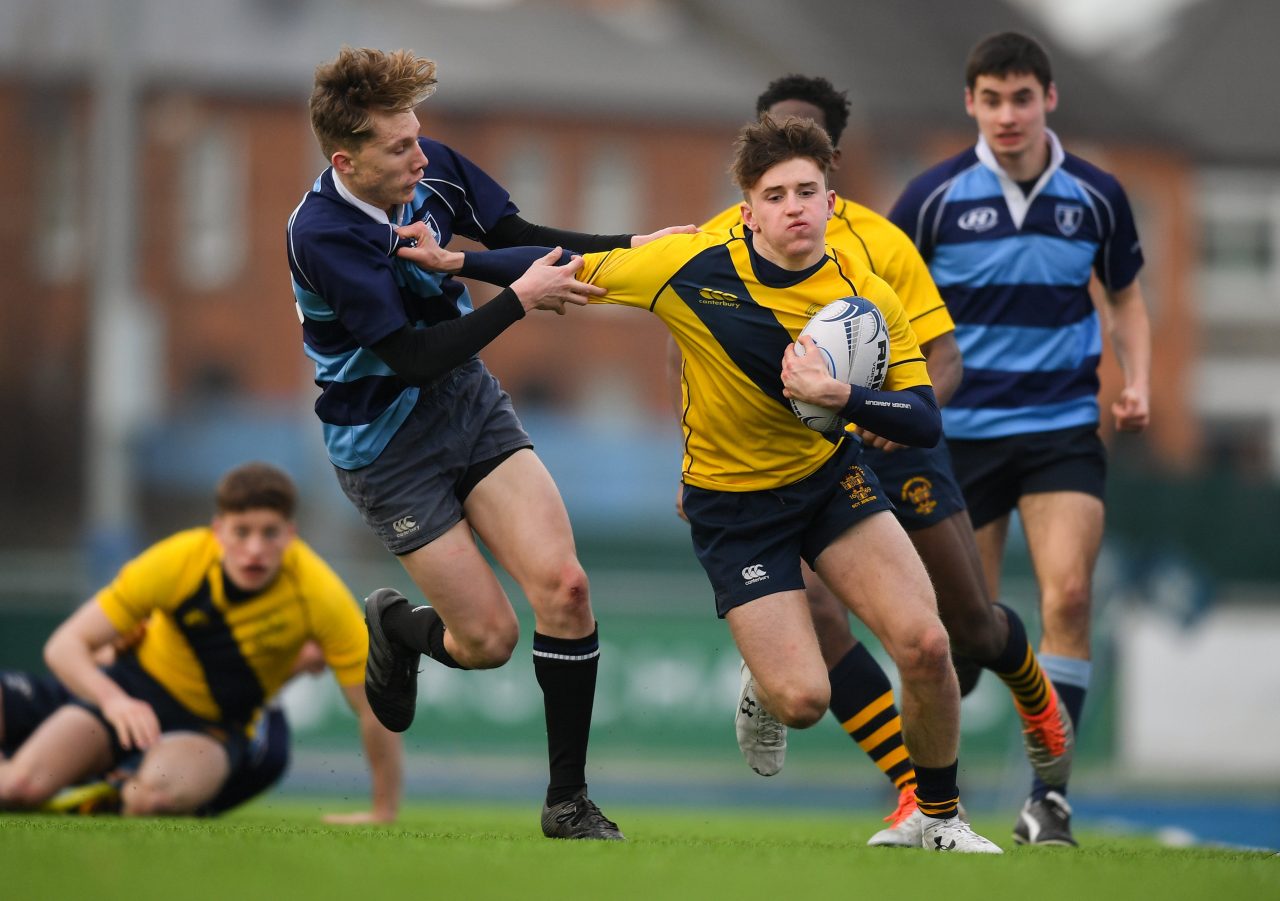 King’s Hospital’s ability to finish strongly took them beyond Newpark Comprehensive and into the Bank of Ireland Vinnie Murray Cup semi-final stage.

This was a tremendous tussle right from the off as both schools battled for supremacy, KH striking first through lock Luke Corr, Matthew Mahood converting.

The Comp’ were well led by their Leinster U19 back Matthew Jungmann, scrum-half Thomas West and Leinster U18 Clubs loose forward David Murphy.

They were well in the game, even edging the territorial battle. This eventually paid off when their tight-head Dylan Kirara blasted over from a maul to narrow the gap to 7-5 midway through the half.

The strong running of Matias Gianetti was a feature of the game and the centre clocked in with the second try, converted by Mahood for 14-5 at the break.

The Blackrock school kept to their shape and their multi-phase game opened the door for flanker David Murphy to break two tackles to make it 14-10 in the 43rd minute.

However, it was the signal for Hos’ to turn on the after-burners, powering over for three tries from number eight Steven Walshe, wing Adam Bagnall and replacement Moyo Mobolaji, all converted by Mahood.