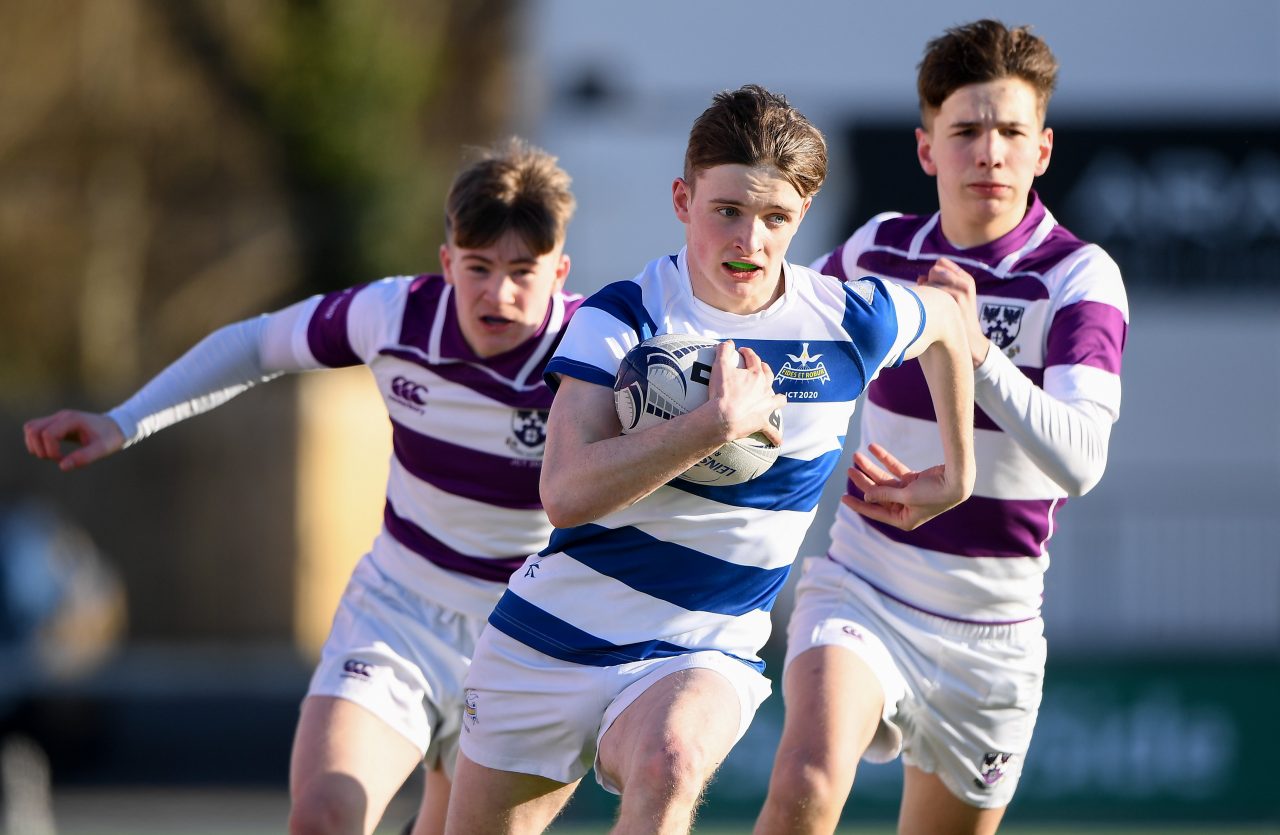 Last year’s beaten finalists ‘Rock started well and by the end of the first half had a formidable 24-3 lead built up, a good foundation for the second half.

The opening points went the way of Blackrock when Harry Whelan’s break up the field resulted in a penalty being awarded straight in front of the posts. Oliver Coffey stepped up and despatched it successfully.

It got better for them in the eighth minute when winger David Doyle flashed past three attempted tackles to hare into the corner for the game’s first try. Coffey nailed the conversion from the touchline to make it 10-0.

And outhalf Whelan was influential again when the second try came just before the 20-minute mark. He shot through the Clongowes line before sending a loop pass out to Daniel Bennett who raced home.

A big stop inside his own ’22’ from Eoghan Walsh in the 23rd minute, with a lot of pressure on, highlighted the Blackrock determination this afternoon.

And the centre was equally effective at the other, carving through Clongowes for a wonderful solo try on the stroke of half-time just moments after Ryan Thompson had opened the Kildare school’s account from the tee.

The Williamstown school started the second half as ruthlessly as they finished the first with back rowers Tom Brigg and Theo Byrnes combining to put captain Greg Barron away for another five-pointer.

James O’Sullivan followed that up with their fifth try as Blackrock started to pull away.

Clongowes managed to halt their progress and get in for a try of their own, captain James Wyse driving in underneath the posts to claw some of the deficit back but it appeared too late.

However, there was only so long they could hold out Blackrock. Walsh and Whelan combining for the No 10 to get his name on the scoreboard in the 49th minute.

Thompson was able to hit back with a second try for Clongowes late in the game but it’s Blackrock who march on.