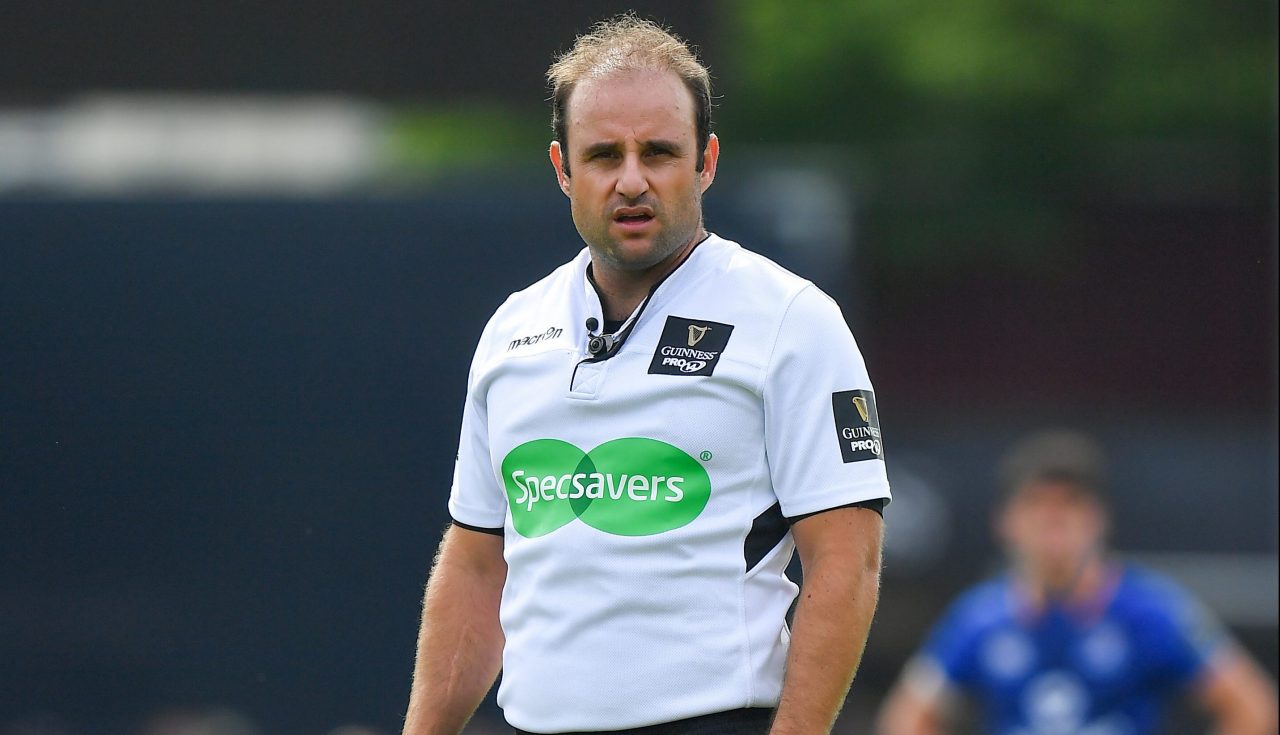 South African referee Stuart Berry will lead a team of neutral match officials for the Guinness PRO14 Final this Saturday when Leinster Rugby take on Scarlets at Aviva Stadium.

Tickets for the final are available now from ticketmaster.ie.

Having joined the Guinness PRO14 Elite Referee Squad from Super Rugby after the tournament expanded into South Africa this season, Berry took charge of the Semi-Final fixture between Leinster Rugby and Munster Rugby last weekend.

The appointments for the Guinness PRO14 Final also ensure the criteria of capability and neutrality have been achieved across all six games in this season’s Final Series where the match official teams (Referee, AR1, AR2 & TMO) have included the best from all five participating unions throughout the knock-out stages.

International referees Nigel Owens (WRU), George Clancy (IRFU), John Lacey (IRFU), Stuart Berry (SARU) and Marius Mitrea (FIR) have all been in charge of Guinness PRO14 Final Series games while the SRU’s Mike Adamson has been an assistant referee in each round.

Greg Garner, Elite Referee Manager, Guinness PRO14 said: “These appointments are a significant step for the Guinness PRO14 in that we can balance the need for neutral officials with capability for our showpiece game. Stuart has refereed 13 games in the Championship this season which adds to his experience in Super Rugby and at international level.

“We have a number of goals when it comes to our match officials and creating a deeper pool of talent that extends across Ireland, Italy, Scotland and Wales is one of the top priorities. The addition of South African referees to the Guinness PRO14 has provided us with a broader roster to select from and allowed us to name an all-neutral panel of match officials for this weekend.

“It’s very satisfying that in all six Guinness PRO14 Final Series games we have appointed fully neutral match official teams because in the past in the past referees have been brought in from England and France to officiate the Championship decider. In fact, only one referee appointment in the past eight Finals has been non-neutral. Stuart’s selection is great news because he is used to the style of play in the Guinness PRO14 and will be more familiar with our Finalist teams.”