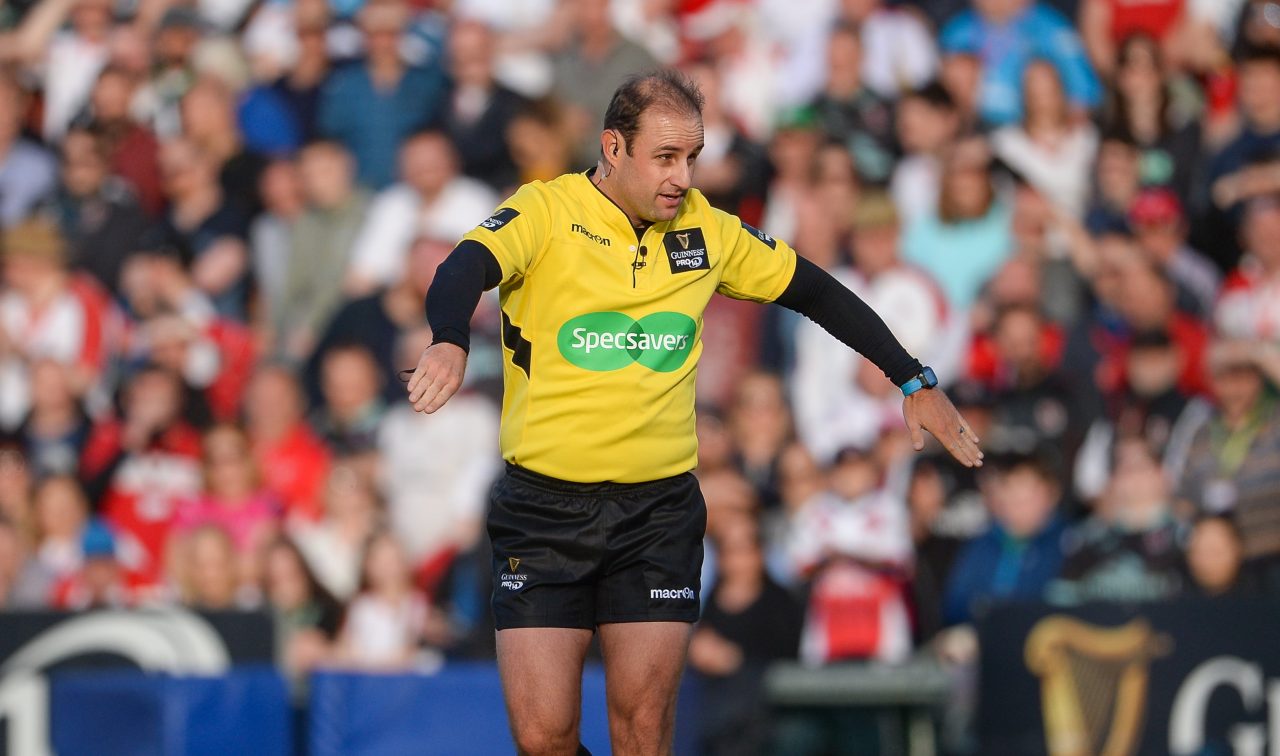 On Saturday afternoon, Stuart Berry (SARU) will referee Leinster Rugby’s Guinness PRO14 Semi-Final against Munster Rugby at the RDS Arena. Berry will be the first South African official to referee a knock-out game in the Guinness PRO14 after his appointment.

Berry has the experience of over 30 Super Rugby games before joining the Championship this season and he has quickly established himself among the top group of referees. Berry will be assisted by Ben Whitehouse (WRU) and Craig Evans (WRU) with Neil Paterson (SRU) serving as the Television Match Official.

John Lacey (IRFU) will hold the whistle for the Guinness PRO14 Semi-Final clash between Glasgow Warriors and defending champions Scarlets.

Speaking about this weekend’s appointments, Greg Garner, Elite Referee Manager, PRO14 Rugby said: “The teams who have earned the right to play in these games have put in a lot of hard work this season and so have all of our officials. Match appointments are competitive in nature as we want to bring out the best in our referees ahead of most important games of the season.

“I would like to congratulate John Lacey and Marius Mitrea on their selections and also acknowledge Stuart Berry’s achievement in refereeing a Final Series game in his first season with the Guinness PRO14. The South African expansion has been a success, not just with the teams involved but with the addition of match officials such as Stuart to our ranks.”