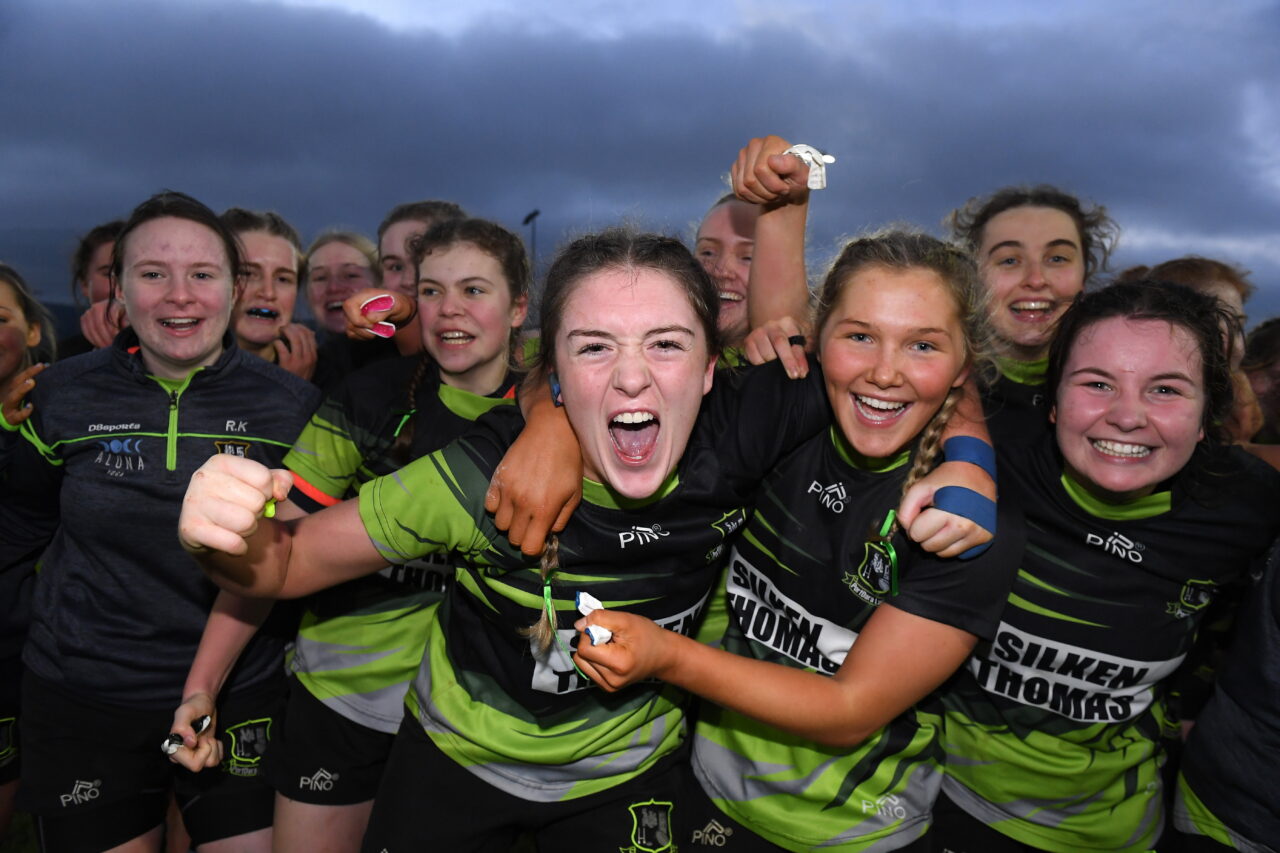 The final games of the day at IT Carlow were the Bank of Ireland Leinster Rugby 18s Girls Cup and Plate finals.

Port Dara took down holders Wicklow in the cup final while Navan claimed the plate against Dundalk.

Port Dara got in front and stayed there to become the Bank of Ireland Leinster Rugby 18s Girls Cup champions on Saturday afternoon.

The Portarlington-Cill Dara combination could call on four Leinster U-18 interprovincial starters with front-rowers Hannah Wilson and Sarah Delaney looking to set the tone early on.

They also started Leinster forward Eadaoin Murtagh in the centre in a smart move to combat Wicklow’s midfield.

Loose-head Wilson benefited from lock Blathnaid Smith’s rip in the tackle to blast to the posts for Amy Rushton to convert in the 19th minute.

Straight away, Wicklow hit back when second row Jess Griffey grounded the ball for Robyn Johnston’s conversion to level it.

Port Dara edged ahead when Alanna Fitzpatrick’s miracle run was stopped just short and Mairead Scully plunged to the line for 12-7 at the interval. 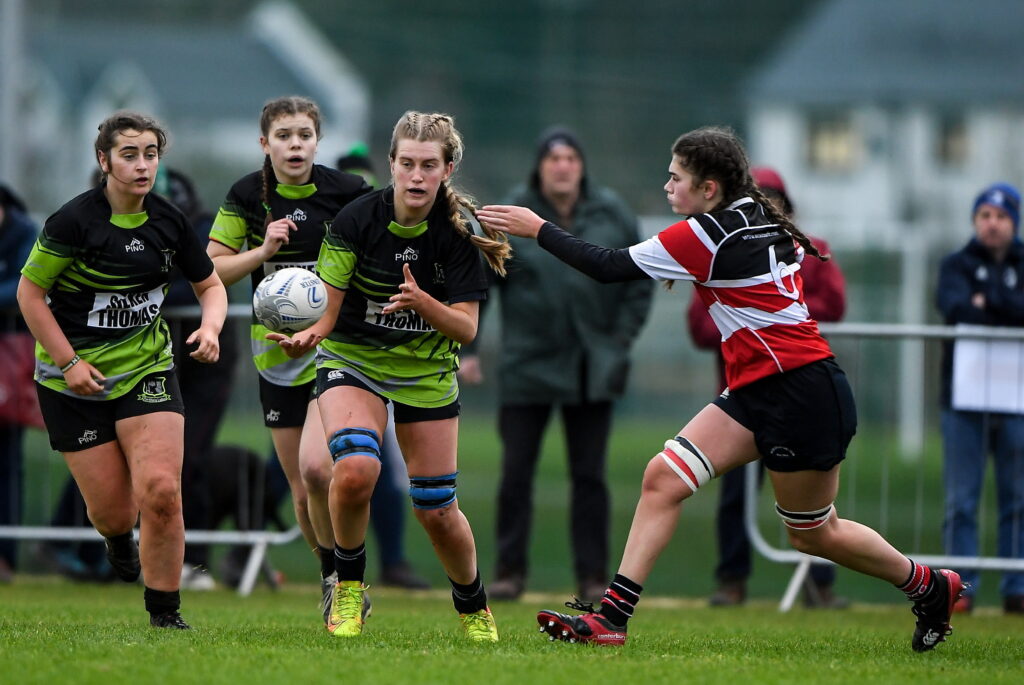 Fitzpatrick broke tackles in another impressive surge to make it a 10-point game before Wicklow showed their character, the direct running of centre Ciara Short leading to their second try from Roisin Stone to make it 17-12 in the 36th minute.

Then, Fitzpatrick and hooker Sarah Delaney were central figures in creating enough room for Hannah Wilson to dive in for her second try in the 56th minute.

It was all to play for when Wicklow’s perseverance paid off. Centre Faye O’Neill split the cover for a fine try which Johnston converted.

It could have gone either way. Perhaps, on the balance of play, Port Dara just about deserved to hold out.

“This is where the rise of Irish women’s rugby starts – at the grassroots level,” stated Port Dara coach Seamus Delaney.

“You can see from the cup final today how Wicklow and Port Dara are developing very good players.

“The standard is very good. Six of the girls out there were on the Leinster team that won the interpro championship earlier in the season.”

The favourites Wicklow had to stomach their first defeat in years, unable to force a late winning score.

“It was certainly very disappointing. This is the first time they have been beaten, certainly since U-16 level,” said their manager Ned Gaynor. 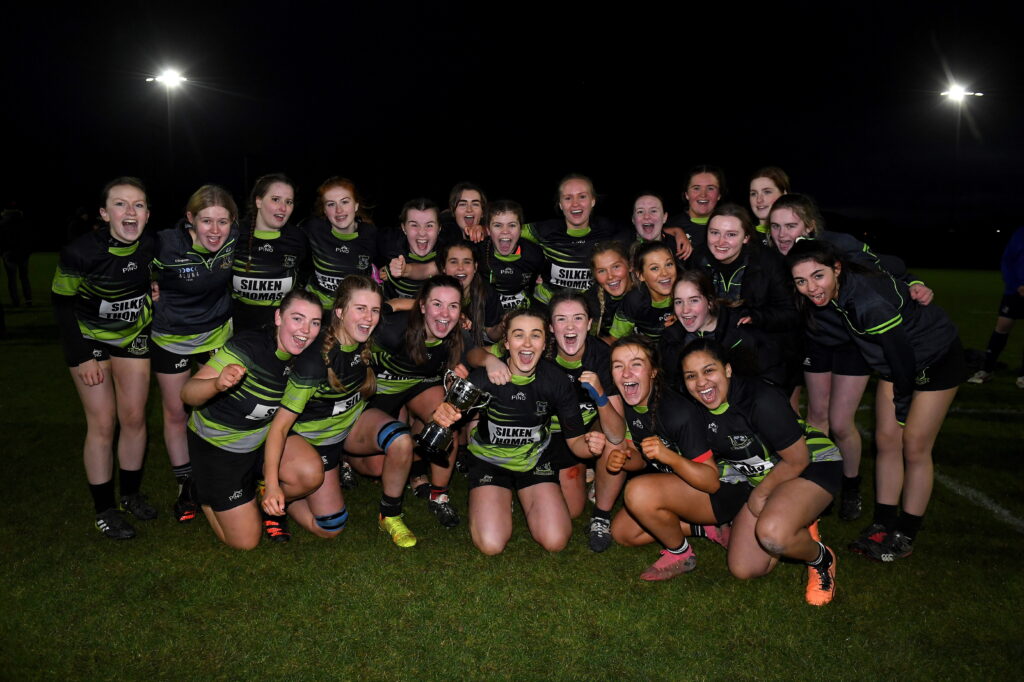 “Almost all of our girls have been playing together since they were U-8, U-10, U-12. The longer you play the higher the standard becomes.

“I must say we have known about Port Dara for the last few years. They have been getting stronger and they were just that bit better than us today.”

There was something of a local derby about this match-up as two North-East clubs clashed with the Meath girls quickly taking control of the tie.

Their capacity to strike from deep emphasised the athleticism they had at their disposal, especially in the wider channels. 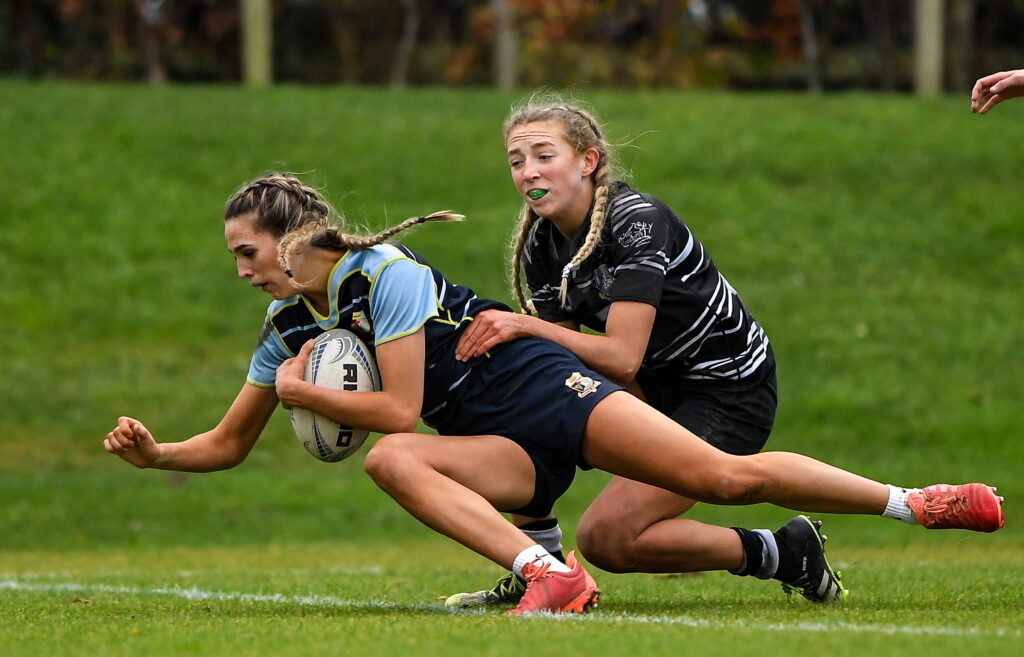 It was from there that right wing Sasha Guirey thrived, cashing in four tries, including the first and last of their dominant haul of 11.

Full-back Isabelle Brereton wasn’t far behind with a hat-trick, while inside centre Cara Martin picked up a double, leaving outside centre Aisling Kelly and flanker Louise Crinion to claim the remaining tries, out-half Leah Morris kicking the conversions.

While Dundalk could have folded up the tent, they continued to make their hits and come forward, out-half Sophia Murdock managing to breach the Navan defence for their only try.

It is the courage to keep on going when the game isn’t going the way you want that is the hallmark of leadership.

For Dundalk, they will lick their wounds and come again as a group of girls that have been together for some time.

“A lot of these girls have bonded since winning the U-14 plate,” said their coach Pat Hughes.

“It is a strong squad, a united squad. It is great to see how they have stayed together through the years. The score does not reflect the game.”

It is another important step to confirming Navan as one of Leinster’s most prominent age grade clubs for girls. 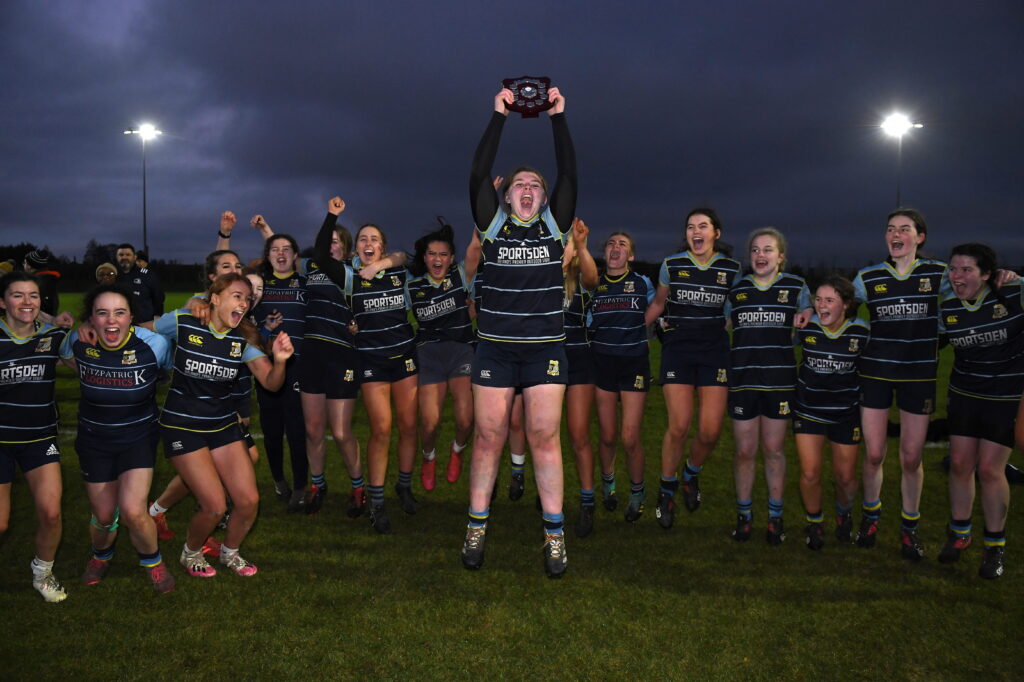 “Most of the team started playing rugby at 12 with others coming through the ‘Give It A Try’ programme,” said manager Dee Cullivan.

“We have very passionate, committed players, who support each other, both on and off the pitch.

“We have 25 registered players, 14 of whom play for North-East and two for Leinster, and we want them to continue in the game.”