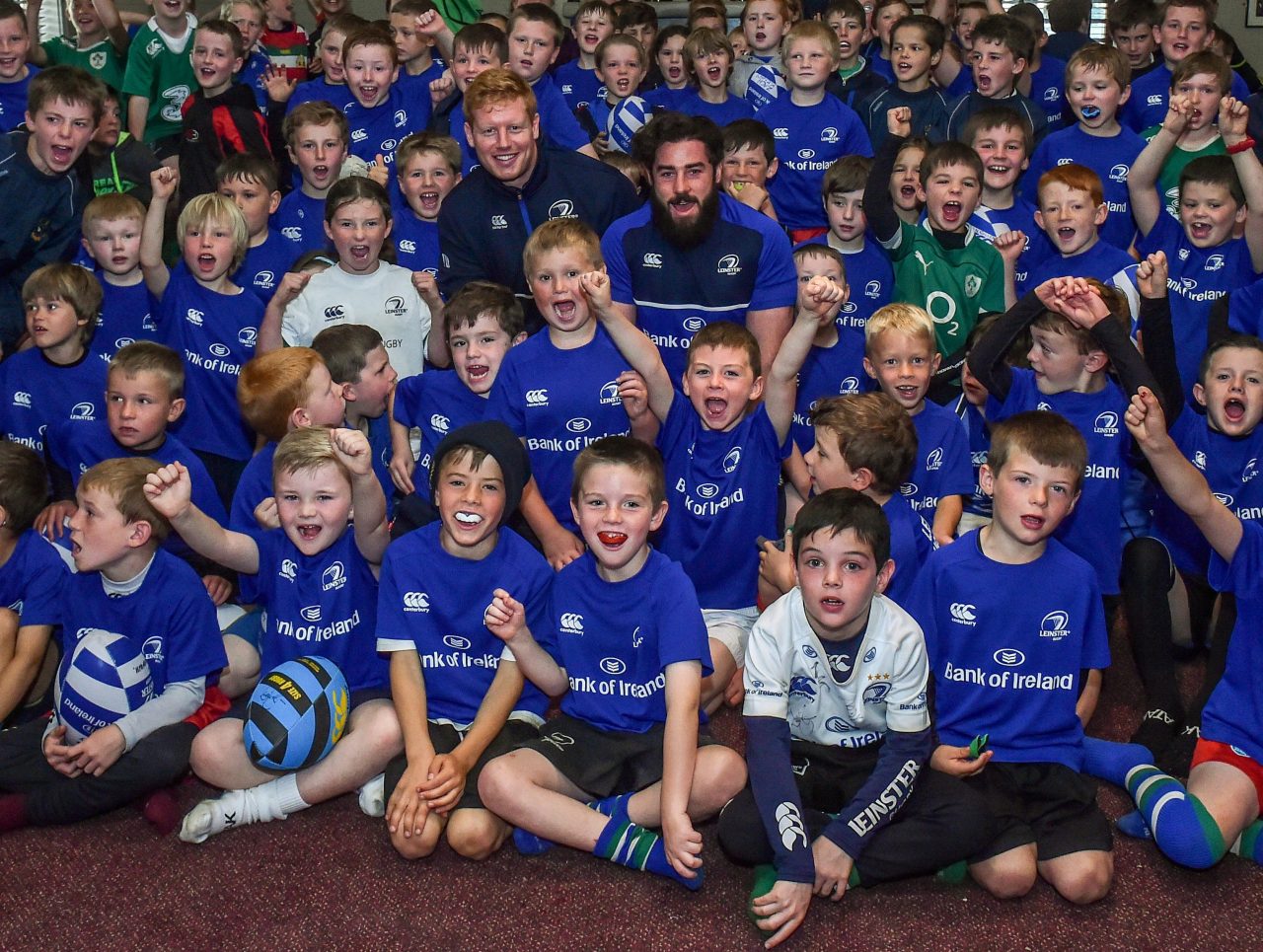 Despite some wet and windy conditions, the kids in Tullamore RFC and Gorey RFC have been hard at work getting the most out of their drills and games.

Taking a break from the pitch work, players escaped the rain for a Q&A session with some of Leinster Rugby’s senior squad players. Tom Denton, Mick McGrath, Bryan Byrne, and Ian Hirst travelled out to the clubs to entertain some interesting questions from some of the country’s future talent.

While the usual questions were asked (Who was your biggest hit from? What team was the hardest? How many matches have you won? What do you eat?), there was one gem that incited some inspiration in the group. It was discovered that from the age of six, Bryan and Ian had decided their dream was to one day play for Leinster Rugby.

We asked the players if they had any advice for any campers who might have similar goals. Their advice was practical, and is a sound reminder for everyone pursuing their dreams: set a goal, make a plan, work on every detail, and don’t give up until you’ve reached your goal – or until you’ve stopped having fun. Then reset, reevaluate, and restart working toward becoming the best at whatever it is you are passionate about.

The Bank of Ireland Leinster Rugby Summer Camps will travel next week to Westmanstown RFC, De La Salle Palmerstown FC, and New Ross RFC. For a full list of all remaining venues and dates, visit here.

Bank of Ireland Summer camps are open to children aged 6 to 12, regardless of skill level. Combining drills and fitness with fun games and instruction, children will be exposed to rugby in a fun and relaxed environment, meet new friends, and develop an appreciation for the game.