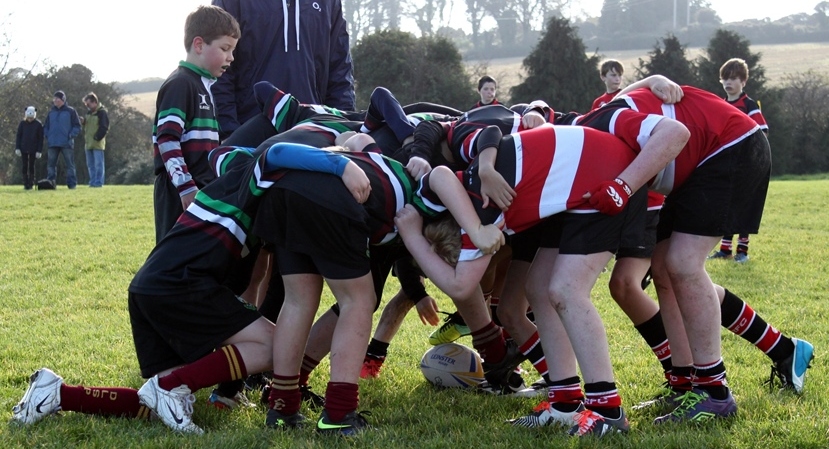 On a bright sunny Sunday morning, conditions although heavy, after all the rain, were ideal for the annual Wicklow RFC and De La Salle Palmerston FC Under 11s Rugby Blitz…

The day was perfect for running rugby.  Hosted by Wicklow, both clubs look forward to this yearly fixture which showcases the talent of the players and the enjoyment they get out of the game.  Both clubs fielded two teams playing four competitive matches with honours even at the end recording two wins each.

Parents got to see the skills the players have worked hard since the step up to Level 3 rugby this year. Level 3 Minis Rugby is the stepping stone towards the 15 a-side game. Competitive scrums and lineouts are now a feature and the players used these as a base for plenty of running rugby and good team tries.

Wicklow U11s squad trains twice a week with their next match on this Sunday at home to Greystones and Arklow at Ashtown Lane.

With over 400 children playing rugby for Wicklow RFC, Wicklow’s aim is to allow children play a safe, fun and skilled game through a mix of matches and coaching.

If you or your child is interested in trying rugby, get in touch by emailing info@WicklowRFC.com or drop down to the club in Ashtown Lane any Saturday morning when all Mini teams are training and witness the fun for yourself.