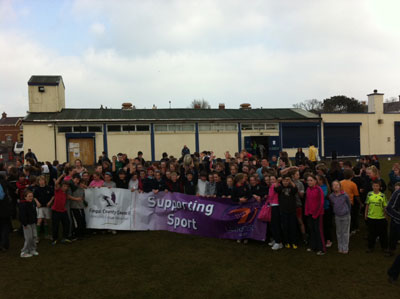 The schools have been playing Tag Rugby as their PE for the last eight weeks with Youth Development officer Adam Griggs and have done really well in learning about the game.

It was a fantastic day with over 200 6th Class boys and girls taking part and there were many close games throughout the day which was a credit to all the players with their high standards of skill.

The Final was a close encounter with St Fintan’s and Bayside fighting it out with the eventual winners being St Fintan’s School who won the Tag Shield for the first time since 2007.

A special thanks must go to Suttonians RFC who held the event along with all volunteer referees and helpers who made the day run smoothly. Also a big thanks to all teachers and helpers from all the schools.