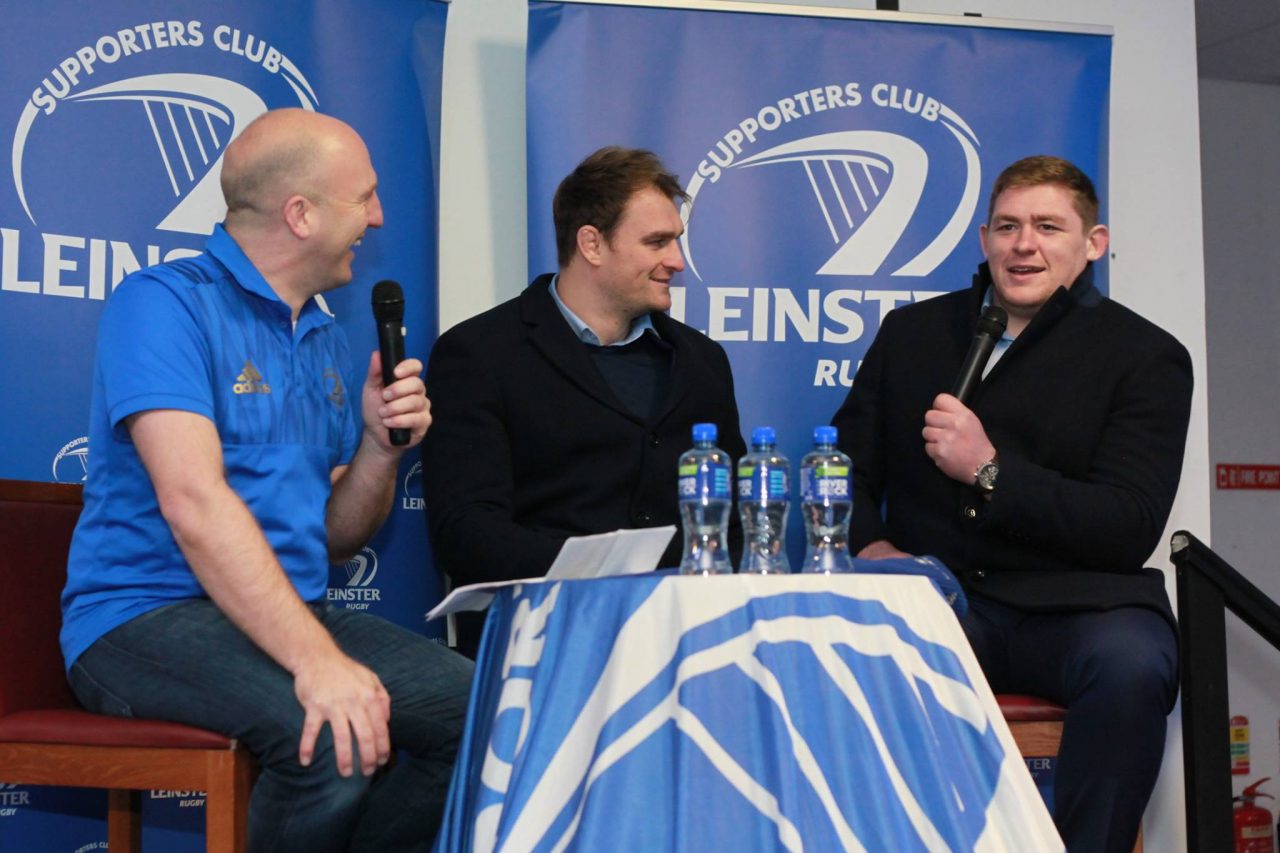 The latest OLSC Q&A took place at the Laighin Out Bar after the Ulster game on Saturday with Tadhg Furlong and Rhys Ruddock.

OLSC committee member Niall Meade interviewed Rhys and Tadhg at a packed supporters’ bar. A range of questions were covered on the night including the importance of the upcoming match at a sold-out RDS against Toulouse, nicknames, as well as the Ruddock family on Ireland and Wales Six Nations days. Tadhg also revealed that if he was pitted against Sean O’Brien in a ploughing contest, he’d have to let Sean win. 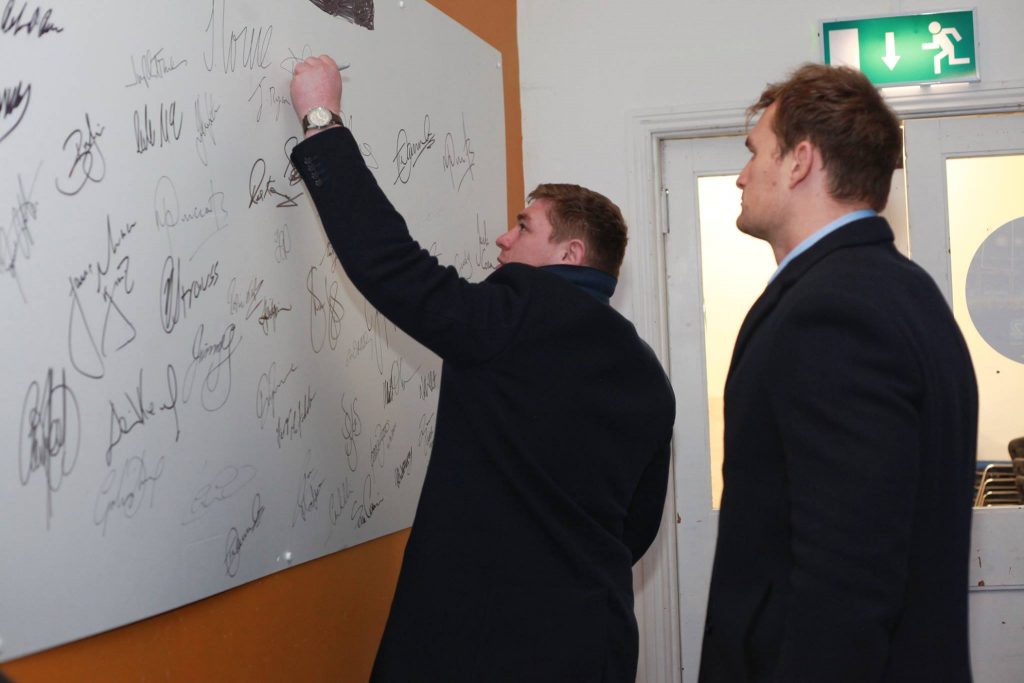 Both players also discussed the final block of upcoming European games, stressing the importance of the vocal Leinster support. Rhys used the recent last-minute win over Connacht to emphasise the point saying the supporters never gave up believing and that carried the team in those final minutes.

You can view all the photos from the Q&A here.