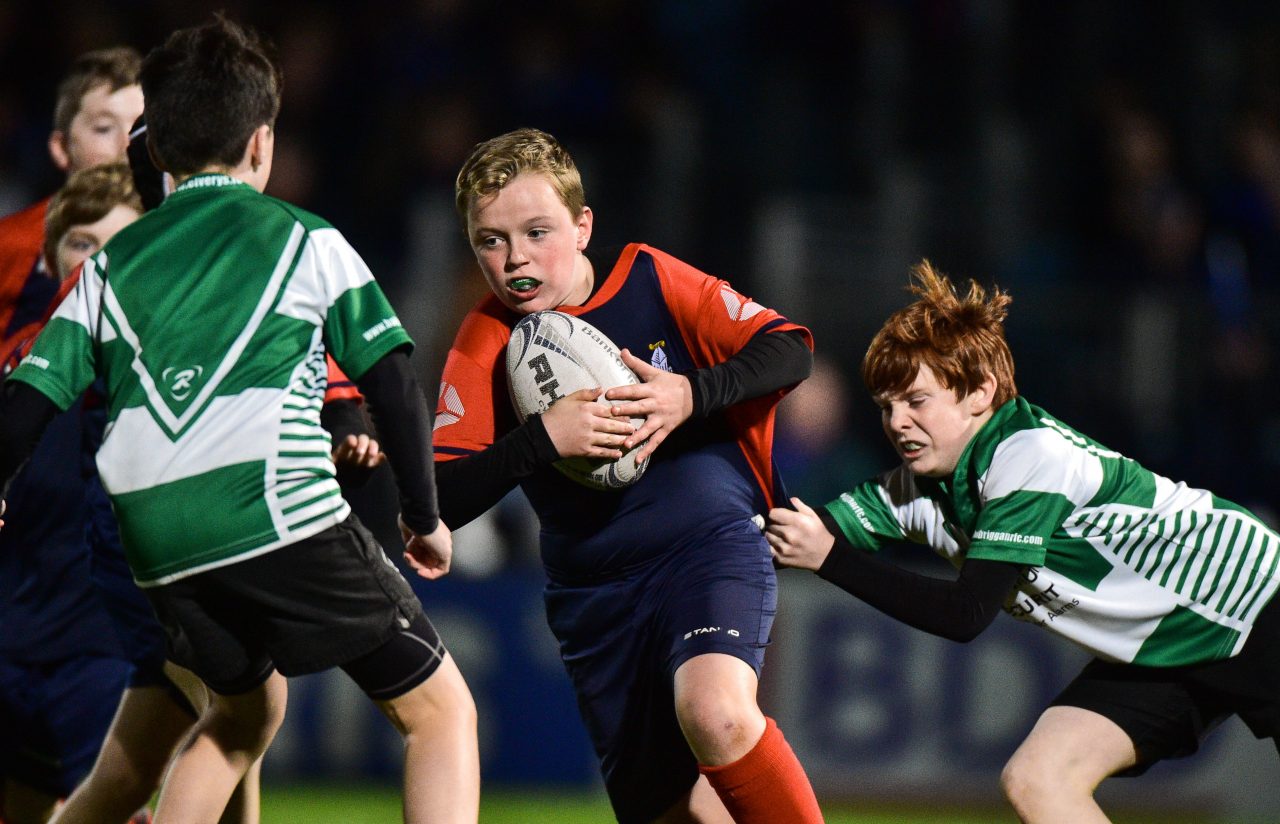 Tallaght Rugby Club’s men’s first team completed a league and cup double this season when adding the John Madden Cup to the Metro League Division 7 championship that they had won a week earlier.

Tallaght Rugby Club was set up in 2002 as part of the “Tallaght Project”, an IRFU initiative designed to introduce rugby in non-traditional areas.

It initially started running underage teams and focused on introducing the game into schools in the area but in 2006 it set up their first senior men’s team.

In Tallaght’s first season in 2006-2007 they only played a few cup games but in 2007-2008 they entered the J4 Metro League. Aside from a couple of seasons of Sunday rugby in the Leinster League, Tallaght have competed in the Metro League ever since.

They had some success winning the John Madden plate in 2011 and 2015 but they had endured a winless season in the league before Tom Leigh took over as head coach at the beginning of the 2015/16 season.

In his first season in charge Tallaght won four league games under Leigh, but they improved massively as they went on to make the league final for the next two seasons losing to DLSP and Old Wesley.

Crucially a lot of players who played youth rugby for Tallaght started returning. Dave Clarke, Karl Segrave and Ste Heaney were ever presents but Adam Nolan, Ciaran and Andy Rudd, Al Sower and Rob Hudson all came back as well.

Other players who’d either left the club or retired like Andy Caswell, Joe Ivers, Jack Russell, Ken McGovern, Alan Moore and Andy Grace were all attracted back to play again.

Australian full back Simon Collie also joined the club and became a major influence. As well as the two league finals, they also made the John Madden Cup final in 2017 and the Plate final again in 2018 but they couldn’t quite get over the line.

It was tough not to pick up a trophy after going so close in four finals but the setbacks only increased Tallaght’s hunger.

They started this season well in terms of results and were top of the table at Christmas but they lost first place when they suffered two consecutive defeats in January, a loss away to Clontarf and a stinging 38-10 defeat at home to Seapoint.

It served as something of a wake up call for the team. They had been winning games earlier in the season without playing all that well and after that defeat they held an honest team meeting and pledged to correct things.

They responded by winning their final three games of the season including a nail-biting 10-8 win over fellow challengers AIB to make the final – away to Seapoint.

The final in Kilbogget park was a classic intense club final. Seapoint took the lead with an early try but Rob Hudson scored Tallaght’s only try before tacking on a conversion and a penalty to give Tallaght a 10-7 lead early in the second half.

Seapoint hit back with a try to lead 12-10 but then skipper Adam Nolan showed great leadership to kick a long range penalty making it 13-12.

Tallaght had to survive a few late scares including a Seapoint penalty that came back off the post but they hung on to win their first ever league and gain promotion to Division 6 next season.

Manic celebrations followed but the lads had to regroup quickly for the John Madden Cup final a week later in Malahide against DLSP.

Tallaght started the game extremely well and were 10-0 up thanks to a Ken McGovern try and a penalty and conversion from Hudson.

DLSP fought their way back into the game to tie the match at 10-all with twenty minutes to go. But skipper Nolan stepped up again to kick a long range penalty to make it 13-10 before, with a few minutes remaining, McGovern smashed his way over from close range to make the final score 18-10 to Tallaght.

Tallaght coach Tom Leigh was thrilled for his team: “I came here four years ago and from day one, I believed we could win this league. It’s taken a lot of hard work and we’ve had some heartbreak along the way but those defeats just make today’s win all the sweeter.

“The cup win was a lovely bonus on top and I want to thank all the extended squad, some of which didn’t get to play in the last two weeks. Their commitment to training has been amazing and it’s driven everyone else on.

“I also want to thank our medical team, the mighty duo of Emma-Louise Doyle and Mark Keogh who look after both our men’s and women’s teams. Their passion and dedication to our players’ health and well-being is incredible and they’re an invaluable part of the set-up.

“Our backs coach Gary Brennan has come in this season and really challenged everyone to improve their skills and general decision-making. Our chairman Luke Tyrrell has also played a major role again and I want to thank all our committee for their hard work over the season.

“Lastly, our amazing supporters, who have come out in great numbers all season to support the lads. This isn’t just a sports club, this is a family and we really appreciate everyone who made the time to come out to support us over the whole season.”

Tallaght chairman Luke Tyrrell also paid tribute to the people who made it happen:”Through hard work, time and dedication we created a culture of positivity and a strong team bond which really showed on the pitch.

“Under Simon Gaskell we also got a second team up and running and this season they partnered up with DLSP to make the final of Division 11 where they lost to a strong Clontarf team.

“Over the past thirteen years the club has had some high and low points, tears of joy and sadness both on and off the pitch. Along the way there has been a lot of hard-work, sleepless nights and frustration but yesterday made it all worthwhile.”

“I would like to thank all the family, partners and friends who not only come out and support but are so understanding and also all those involved in the club from the committee and to Anne Kavanagh for her wonderful photos.

“I would like to especially thank Tom Leigh and Gary Brennan for doing an amazing job coaching the men’s team, Simon Gaskell for tirelessly running the seconds and Adam Nolan for being a fantastic captain on and off the pitch.

“To be part of Tallaght RFC is something special and I ask all those who read this to ask yourself ‘how can I help?’

“All of what has been achieved has been unequivocally through the time and effort of volunteers.”

Tallaght’s Men’s, Women’s and Youths teams are always looking for new players so if you’re interested in joining the Tallaght family please see the club website for contact details.