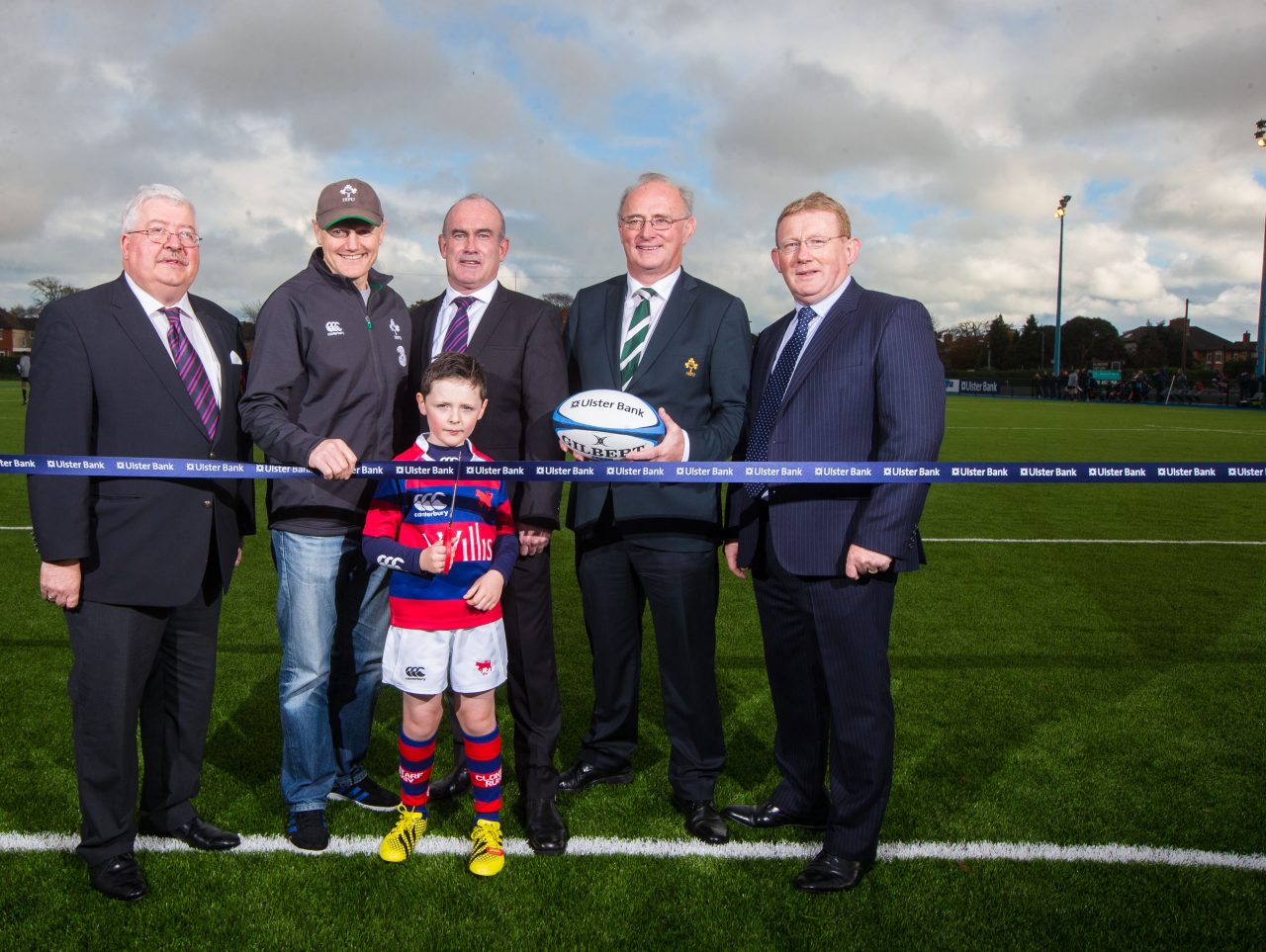 On Saturday, Clontarf Football Club officially opened their brand new, state-of-the-art 4G rugby pitch at their grounds in Castle Avenue. The new pitch replaces the previous grass pitch which suffered heavily during the winter months from poor drainage and over use.

The club welcomed some familiar faces to the opening, including Ireland coach Joe Schmidt, Clontarf and Leinster players Tadgh Furlong, Cian Healy, Mick Kearney, Noel Reid, Royce Burke-Flynn, Mick McGrath and Tony Ryan and the one and only Leo the Lion.

On the day, there were a series of exhibition matches by the Clontarf Mini teams, along with face-painting, balloons and refreshments for all the children (and adults!) in attendance. 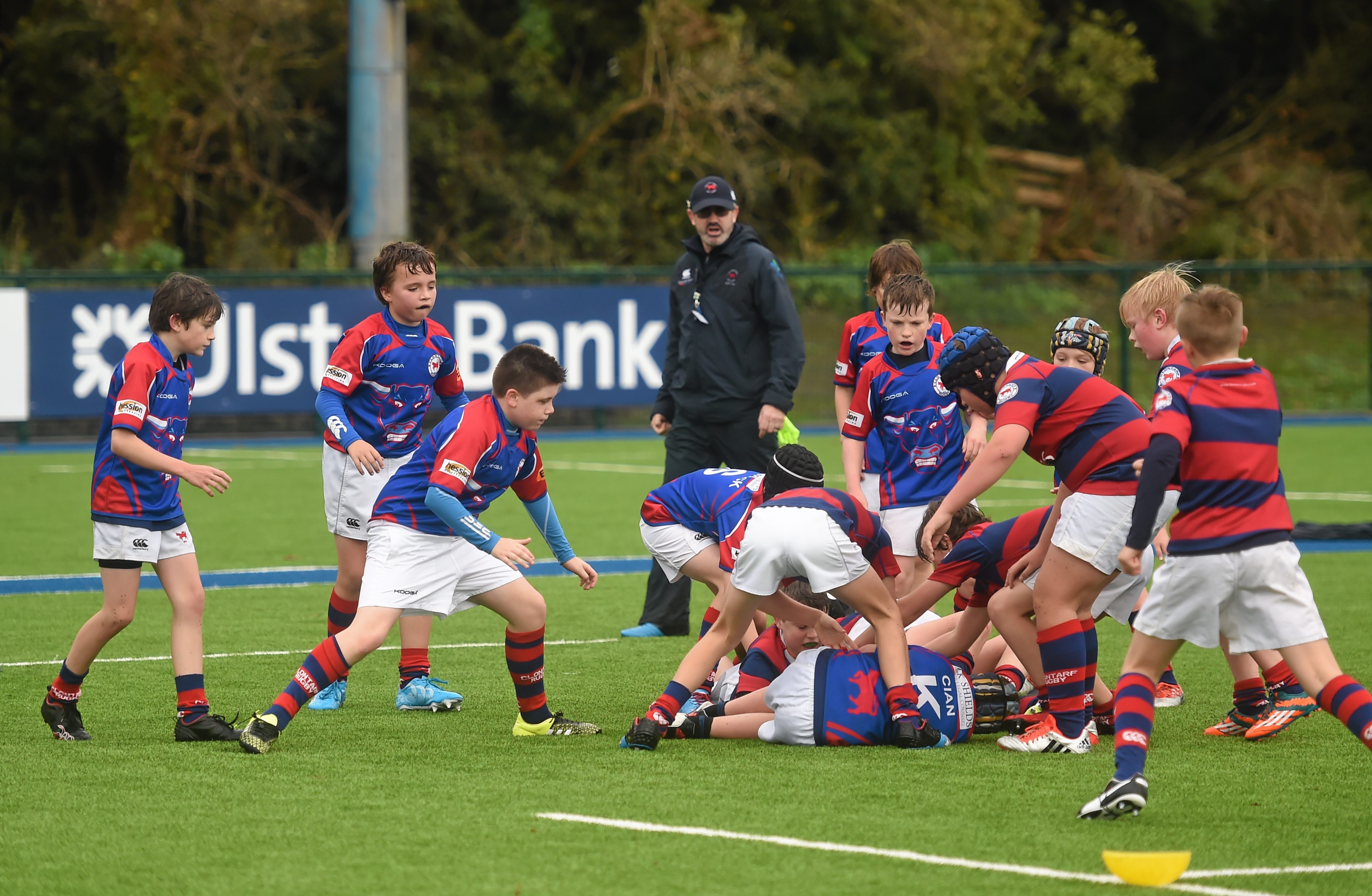 The ribbon was cut by Clontarf Under 9’s player Kealan Feeney and Ireland coach Joe Schmidt ahead of their All-Ireland League match against Galwegians.

The new facility will allow teams at all levels in the club to train regardless of the weather, and Clontarf hope this will lead to an increase participation numbers and offer young players the chance to improve their overall skills and enable them to progress to the next level of the sport.

All rugby sides in the club are already seeing the benefits of the improved surface, which has allowed training and matches to take go ahead, despite the heavy rain over recent weeks.

As well as Clontarf players benefiting from the new pitch, the wider community will also be able to use the facility when it is not being used by club sides.

Check out photos of the new pitch.