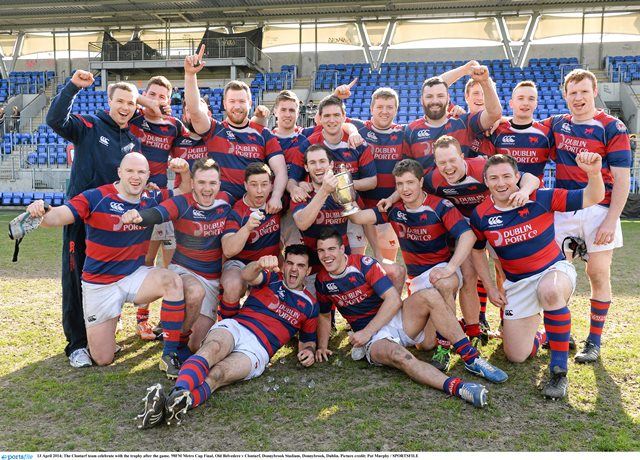 The game kicked off in excellent conditions with a slight breeze from the Bective end. It was a very frantic opening 20 minutes and the teams matched each other blow for blow and mistake by mistake. After missing his first kick Rowan Considine was given a second chance 2 minutes later and landed a penalty to make 3-0 to Clontarf after 10 mins. Again they matched each other and following an offside Old Belvedere were given the opportunity to draw level which Ben Butler dually obliged to make it 3-3 after 18 mins. 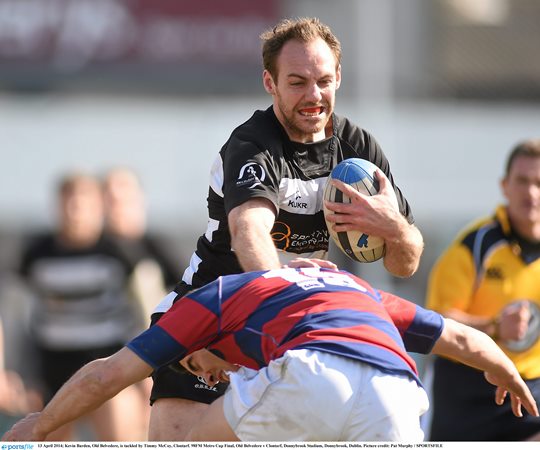 A few minutes later a kick to touch brought play to the Belvedere 22m, a catch and drive rolling maul resulted in a lovely try for the Clontarf No 4 Alex Denby followed by the conversion by Rowan Considine. Clontarf lead 10-3 midway through the half.  Following some very scrappy play Old Belvedere was awarded a penalty just inside the Clontarf half and the long range effort on target just fell short. Half time and the score remains 10-3 to Clontarf.

The 2nd half started with the same intensity as the 1st half with Clontarf getting on the scoreboard first following a penalty for coming in the side. A fine kick by Rowan and it is now 13-3. You felt at this stage Belvedere needed to do something or the game could get away from them. 2 minutes later following some lovely handling and ball carrying the Belvedere outhalf cut inside and dotted down at the posts, unfortunately he put the conversion off the upright to leave the score 13-8 in favour of the Northsiders. 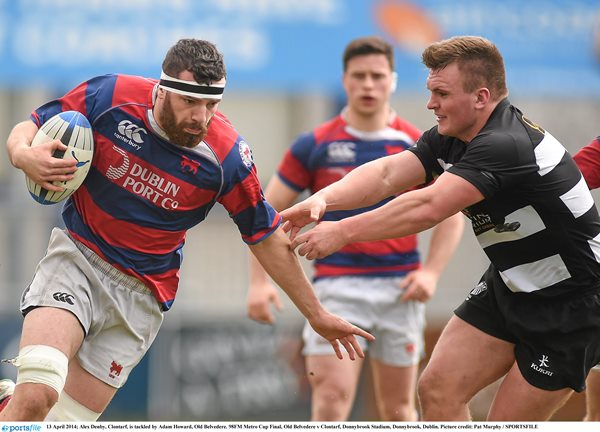 Within a few minutes Clontarf swept down the field and with some beautiful handing and running the backrow Cathal O’Flynn touched down despite some hard tacking from Belvedere, conversion was good by Considine the score now 20-8. Six minutes later came the try of the game when Clontarf who defended with gusto carried the ball just outside their 22m line when their very fast left winger Kieran Butler made a break and chased the length of the pitch to touch down under the sticks .

The conversion added to make it 27-8 mid way through the 2nd half. Belvedere for their efforts couldn’t break down a very resilient Clontarf defense and that coupled with a number of handling errors it wasn’t looking like their day. As we approached the final minute Clontarf again attacked and swept the ball wide to their other winger Donal Murray who dotted down in the corner to leave the final score 32-8 to a very deserving Clontarf side.

Check out the rest of the photos on Facebook here.