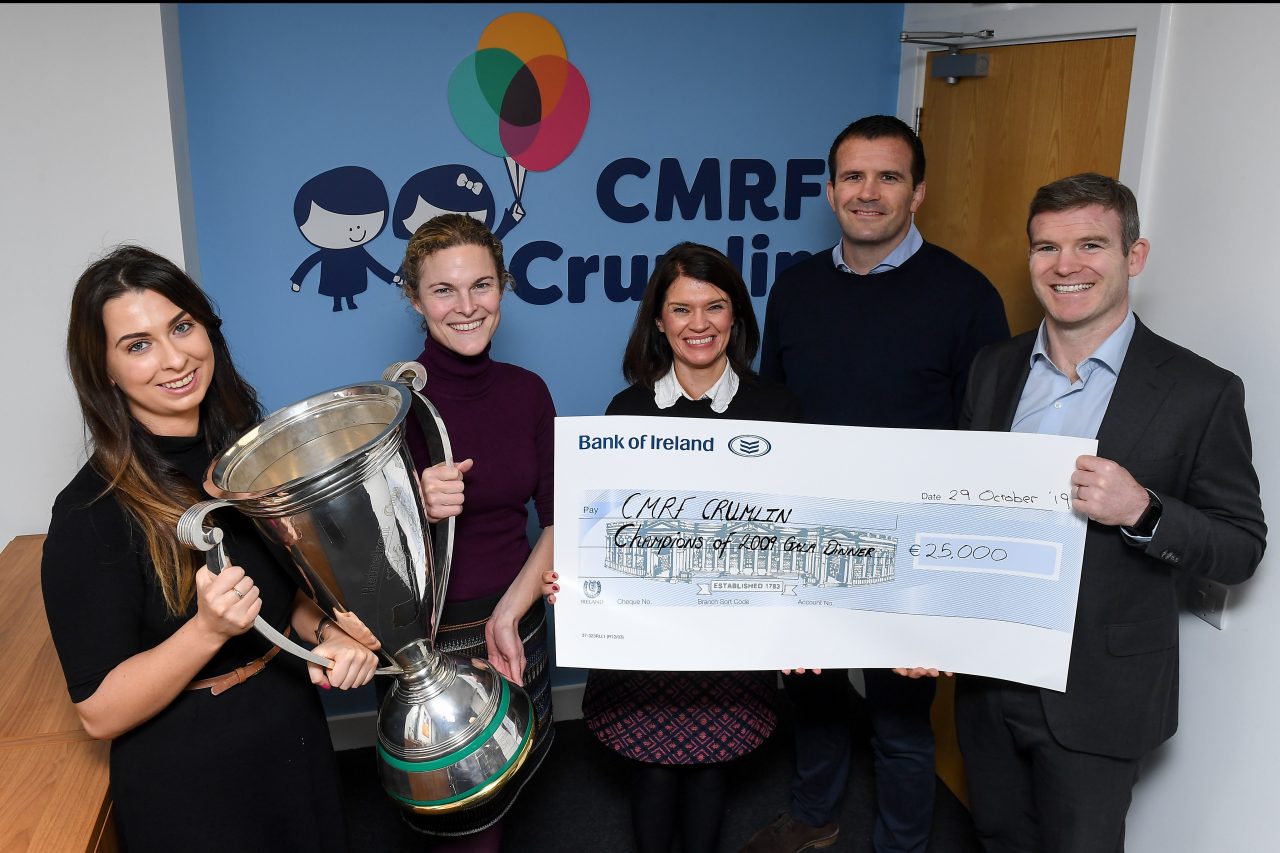 The Leinster Rugby team that won a first ever Heineken Cup for the club in 2009 were celebrated at a special Gala Dinner in the RDS Main Hall in May and they have now made a significant contribution from that night to a charity of their choice, CMRF Crumlin.

Proudly supported by Bank of Ireland, the exclusive 2009 Gala Dinner celebrated the achievements of Head Coach Michael Cheika, Captain Leo Cullen, plus the rest of the coaching and playing team that took home a maiden European title.

At CMRF Crumlin this week, two members of the 2009 squad, Gordon D’Arcy and Shane Jennings were on hand to present a cheque for €25,000 from the proceeds of tickets sales, to the charity. 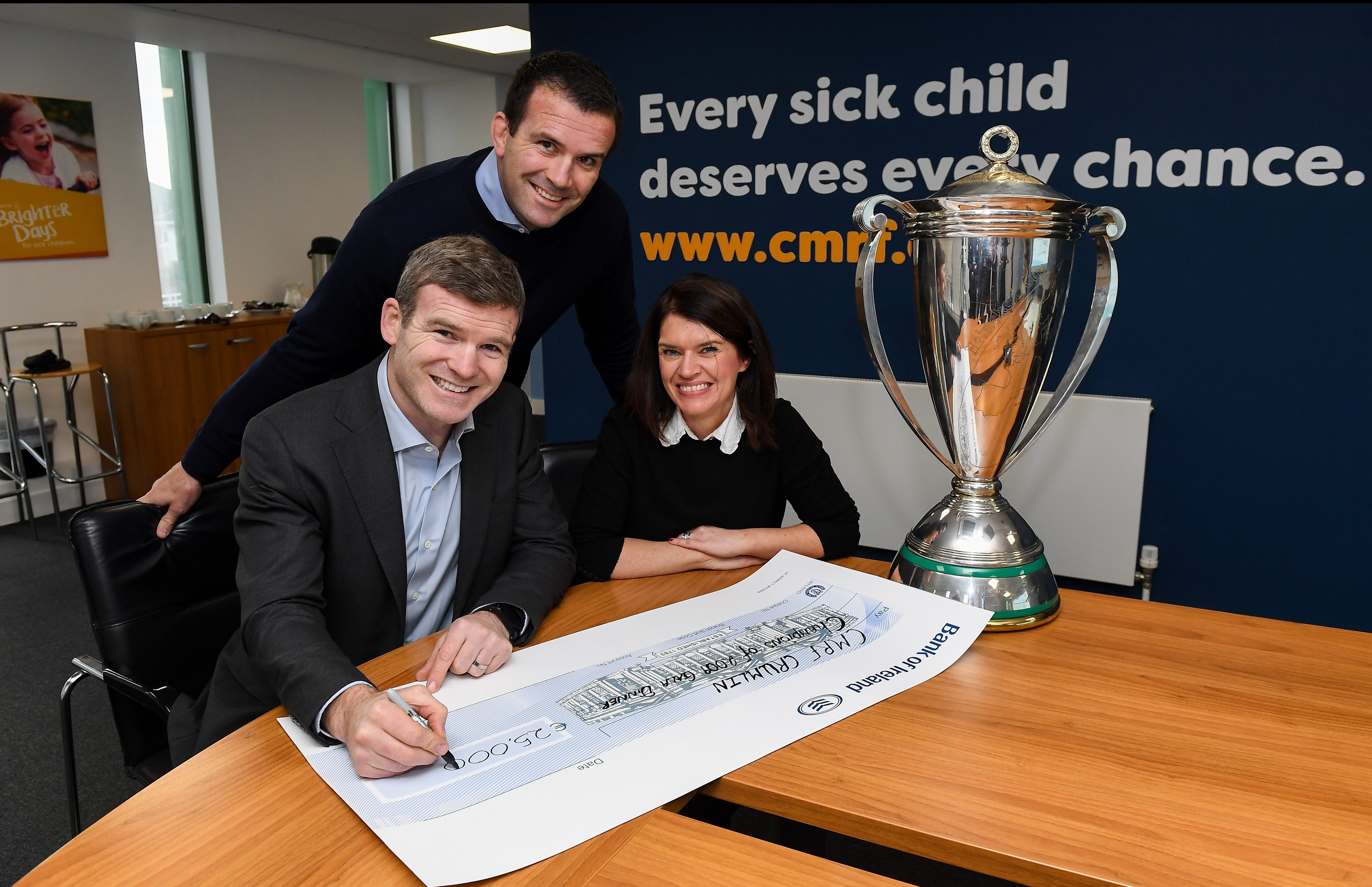 In attendance at CMRF Crumlin were Shane Jennings and Gordon D’Arcy, in addition to Gráinne Kennedy, Sarah O’Suilleabháin and Alison Reynolds on behalf of CMRF Crumlin.

Shane Jennings said, “I’m delighted to be here with Gordon on behalf of the 2009 playing squad and backroom team.

“As a group we decided that we wanted to donate to CMRF Crumlin as it’s a charity that is very close to our hearts. The work that CMRF do is remarkable and we feel our little contribution will hopefully help them in some small way.

“Again on behalf of the 2009 playing squad and backroom team, I’d like to thank everybody who was involved and who contributed to the 2009 Gala Dinner in May and it’s fantastic that we raised such an amount to donate to CMRF today.”

Speaking on behalf of CMRF Crumlin Gráinne Kennedy, Head of Corporate Partnerships, added, “We are delighted to be the beneficiaries of the 2009 Gala Dinner. We would like to extend particular thanks to the 2009 Leinster squad for selecting CMRF Crumlin.

“Donations like this have a huge impact on the children and families in CHI Crumlin and also support innovative research in the National Children’s Research Centre. It is with sincere gratitude that we accept this amazing gift. Leinster Rugby, thank you for doing whatever it takes for sick children.”

Leinster Rugby is grateful to Bank of Ireland, the InterContinental Dublin, Communicorp and Diageo for their support of the 2009 Gala Dinner.