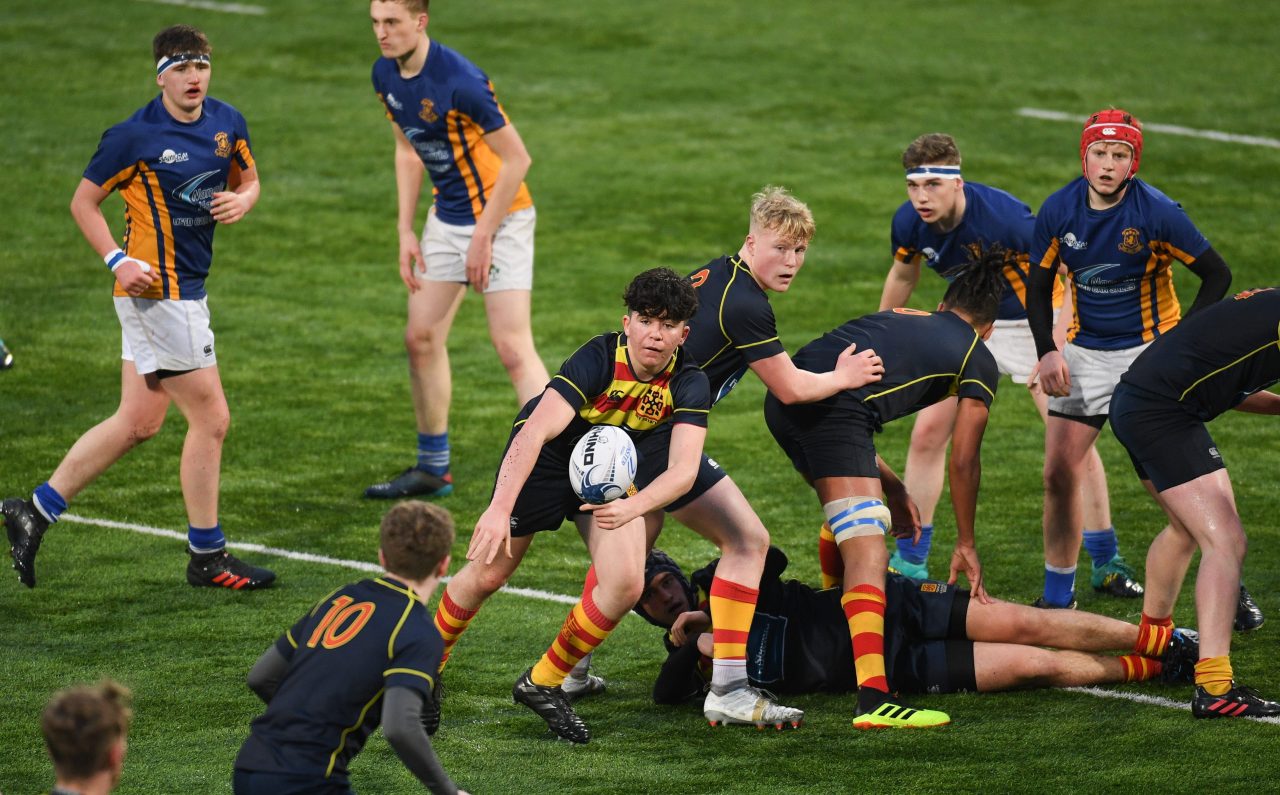 Temple Carrig have booked their spot in the last four of the Bank of Ireland Vinnie Murray Cup with victory over Wilson’s Hospital School.

It didn’t take long for Temple Carrig and Thade Shanahan, in particular, to get going.

He kicked his first three points in the sixth minute to put Temple Carrig into a lead that they would not relinquish.

In the tenth minute, James Smartt crossed for the first try of the game and Shanahan converted a difficult kick.

Howard Noonan’s try, again converted, made it 17-0 in the 25th minute. The hooker dived in under the posts after a good break by Temple Carrig gave them strong field position.

Wilson’s responded immediately through David Mills. The flanker charged down an attempted clearing kick and ran in for their first score.

Ben Wiseman added the extras to close the gap to just ten points.

The second-half followed the same script as the first with Temple Carrig managing to sneak away each time Wilson’s closed the gap.

After Barry Sullivan’s converted try pulled it back to just six, the Wilson’s support were making themselves heard.

However, a brace of tries for Josh Sproul, his second coming with the clock almost in the red, saw Temple Carrig into the next round.