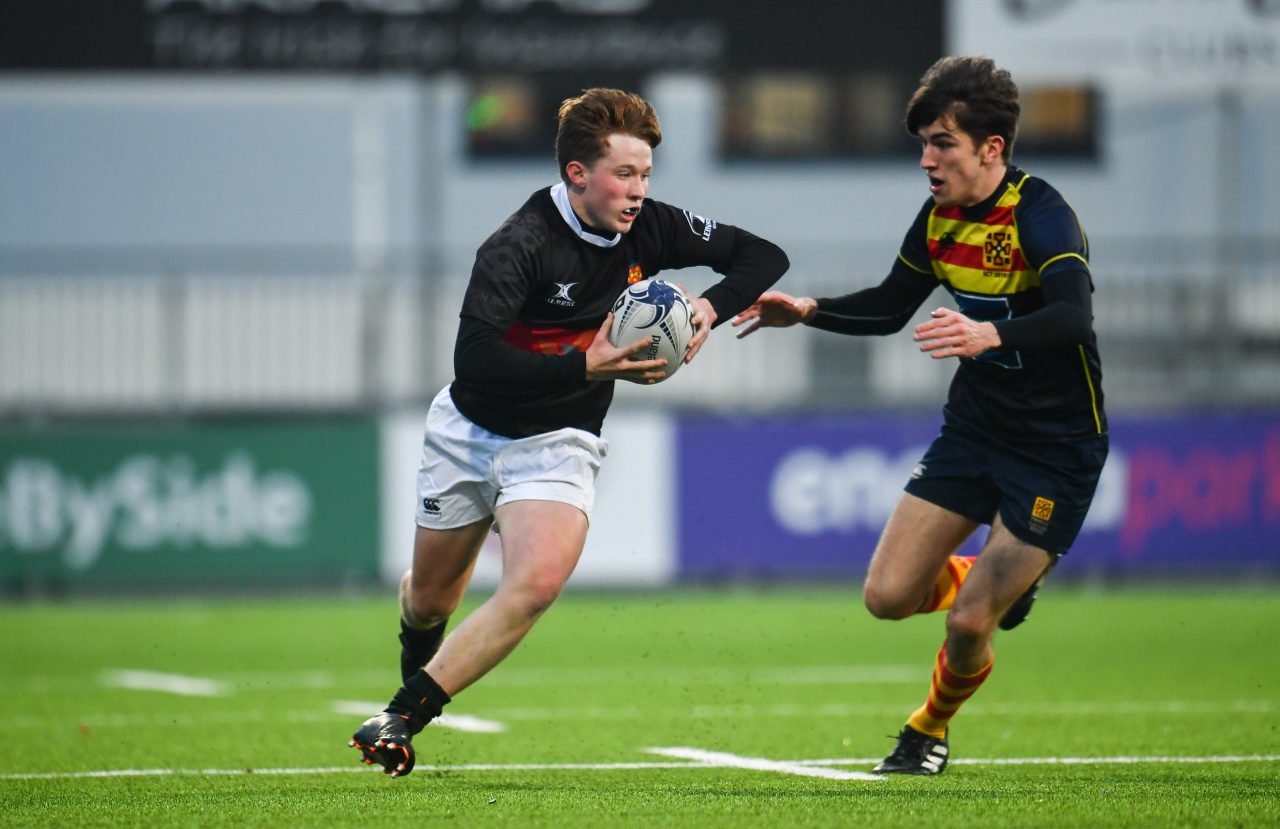 Temple Carrig will play in the Bank of Ireland Leinster Rugby Schools Senior Cup for the first time in their short history this year following victory over The High School.

After an opening half, during which they could have been further ahead, Temple Carrig showed their more clinical side after the interval, also booking their place in the Bank of Ireland Vinnie Murray Cup final.

With the momentum of their heroic comeback over Pres Bray last week, Temple Carrig started at pace again this week.

They did manage to edge ahead in the seventh minute but it could have been earlier if not for some excellent defence from The High School, particularly at the breakdown.

Temple Carrig out half Cian Leonard was the one to open the scoring with a fantastic solo effort, breaking through the High School line before heading for home.

The concession only prompted a big response from High School and they saw it as their turn to take over dominance of the game.

The Rathgar side pushed Temple Carrig back into their own half and were rewarded when prop Karo Otobo scored an opportunistic try.

Taking the ball from the back of a ruck, Otobo saw the slightest of gaps to his right and wasn’t to be stopped as he dived for the line.

They didn’t let those setbacks deter them and came back strongly in the second 35 minutes.

Scrum half Paddy Byrne touched down to regain the advantage for TCG, his effort highlighting his sharpness of thought and feet which was then converted by Shanahan.

Captain Patrick Kiernan added to that soon after to give his side a 14-point cushion.

There was still time for a late scare when High School captain Sam Dunne beautifully set up Jack Farrelly for a try with a backhand offload.

The No 8 had a bit of work left to do but managed to dot down under pressure.

They weren’t able to get back into Temple Carrig territory in the closing minutes and the Greystones team move on to the final and Round One of the Leinster Rugby Schools Senior Cup.