Terenure bounce back to defeat Kilkenny 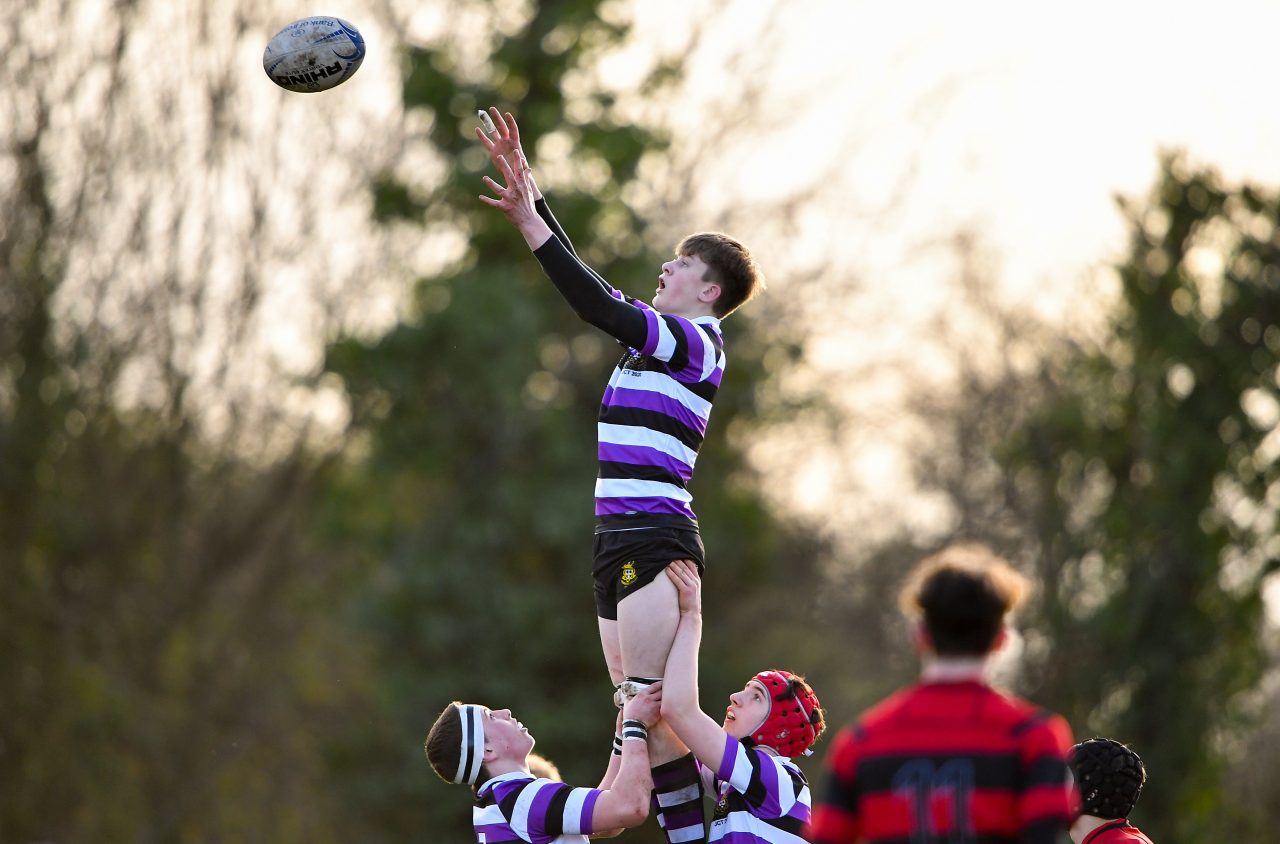 Terenure College are into the Second Round of the Bank of Ireland Leinster Rugby Schools Junior Cup after a 17-13 win over Kilkenny College in Naas today.

A try just three minutes from the end for flanker Carlos Mantero eventually clawed them in front after they had conceded their interval lead early in the second half.

There was just a single score in the first half, despite opportunities for both teams from set pieces.

A missed penalty on both sides meant that we were left waiting until the 26th minute for the breakthrough which came from a Joshua Delaney pick and go.

Kilkenny were sharper in the second half and took just two minutes to get into the lead.

Ben Talbot got over in the corner for them after a good break from their own ’22’m and Sean Naughton converted well.

He added another six points with two separate long range penalties in the 35th and 43rd minutes.

Terenure awoke from their second half slumber to close the gap to just three points as we entered the closing 20 minutes.

Eamon Geraghty was on hand to dot down after an initial break from Harvey O’Leary.

With just three minutes remaining, Eoghan Walsh raced clear for Terenure before being hauled down just inside the ’22’. The support players protected the ball and recycled well to get Mantero over the clinching score.