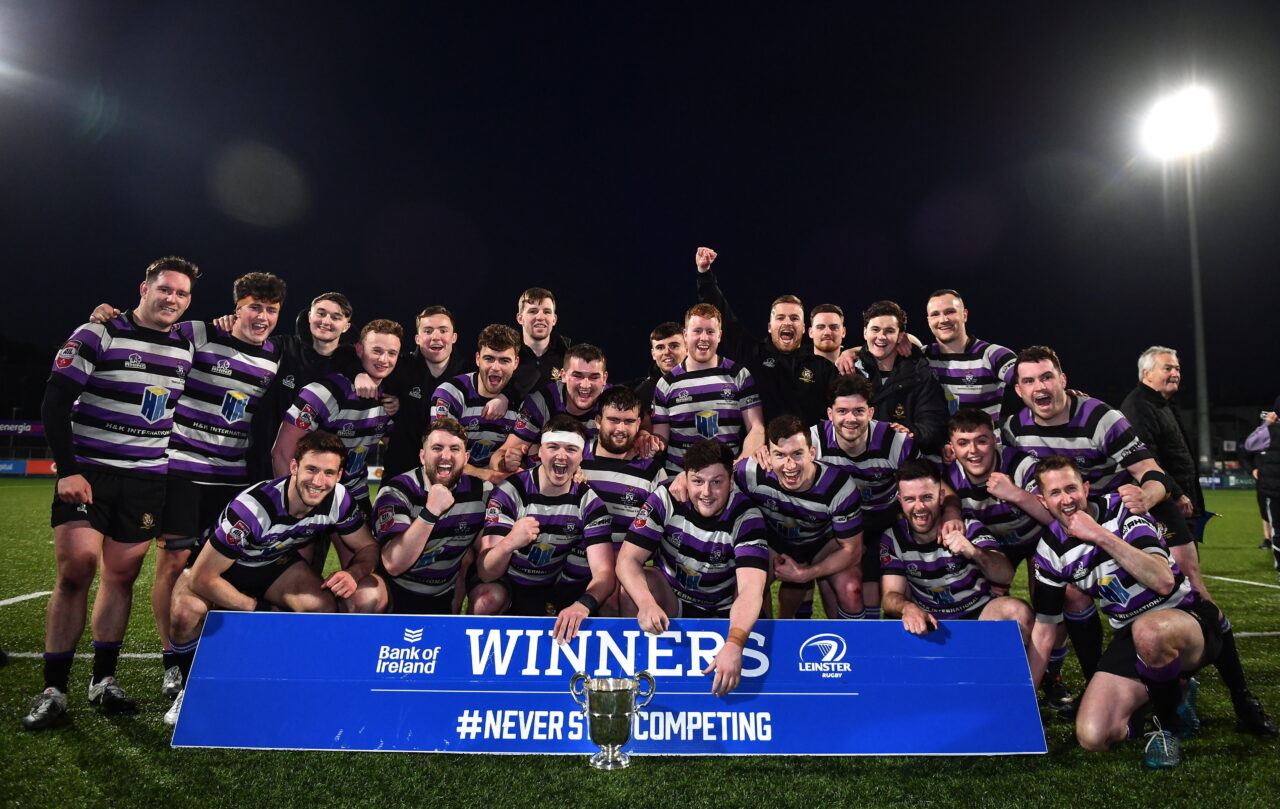 Niall Lalor was the difference-maker in the 100th Bank of Ireland Metropolitan Cup final at Energia Park on Friday night.

This competition still holds much of the lure of previous decades, as evidenced by the manner of the physicality in the early going.

The first to blink was the Terenure scrum, giving up a penalty and prime attacking position.

The lineout maul drew another indiscretion and another throw-in by hooker Aidan O’Kane which led to a display of Terenure’s aggression in defence.

No matter, the number of penalties was mounting at an unacceptable rate for Frankie O’Dea to knock over the lead points in the ninth minute.

Just when Terenure looked on the verge of countering, Daniel Hawkshaw ripped the ball away in the tackle and Senie Reilly-Ashiru was one catch away from being clear of chasers.

Finally, Terenure clicked at the scrum, Sam McCoy, Harry O’Neill and Karl O’Brien driving them forward and wing Jack Hunt picking up speed on the right.

They could not sustain the continuity, Daniel Hawkshaw caught high on the counter for O’Dea to push the ball downfield where ‘Nure’s scrum bailed out the defence.

Then, the forwards churned out the heavy metres, motoring a maul all the way to the line where captain Lalor plunged over for 5-3 in the 24th minute.

The Terenure tails were suddenly up as the passes began to stick and the ruck ball sped up, Cian Croke and Darragh McDonnell eager for touches in the build-up to a second try for Lalor, converted by Conor Pender for 12-3 in the 29th minute.

Daniel Hawkshaw’s second rip was retained by Terenure and a lightning raid up the left, sparked by Croke, concluded with a try by Eoghan Doherty, converted by Pender for 19-3 in the 35th minute.

Once again, Clontarf established position, spilling the ball on the line and losing a five-metre lineout to Doherty before they came again for replacement James O’Sullivan to crash over, O’Dea converting for 19-10 on half-time.

Terenure aimed to land the knockout blows, Sam Dardis unable to ground the ball over the whitewash and the ‘Tarf forwards on the fringes forcing a penalty.

Full-back Theo Connolly almost got through a gap and Jimmy Hawkshaw’s grubber was almost gobbled up by Reilly-Ashiru.

They kept hammering away at the line, second row Luke Carton eventually driving over for O’Dea to add the extras in the 52nd minute.

A stunning low takedown by Jimmy Hawkshaw on Croke was rebutted by Doherty’s lineout steal, requiring the ‘Tarf to hold up under immense pressure along the try-line. 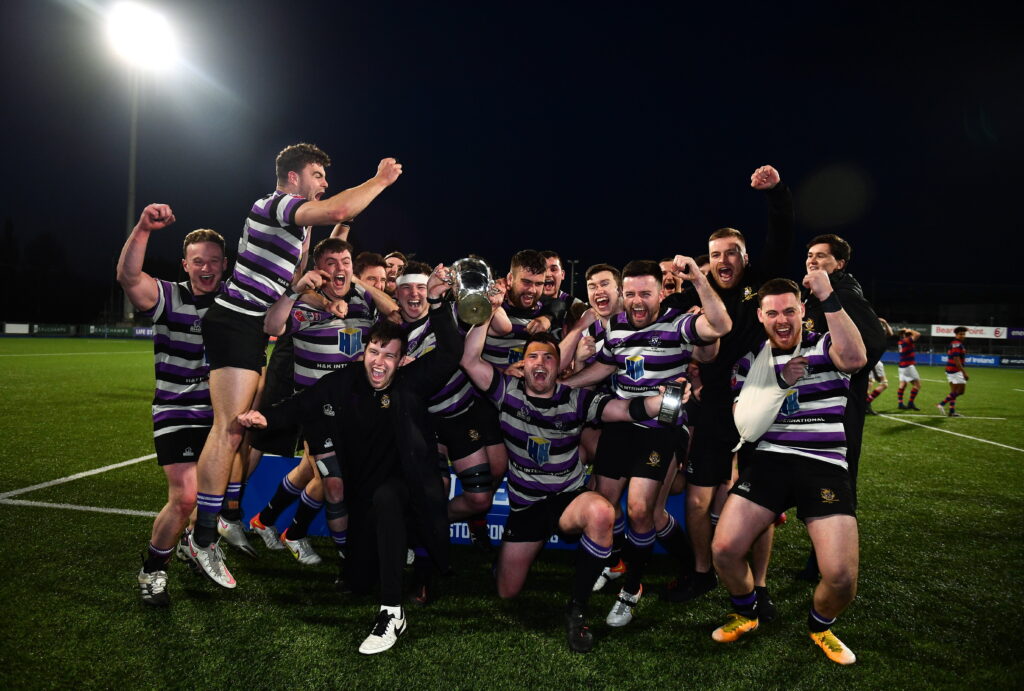 The northsiders were energised by that stand, replacement Alvin Amaniampong providing explosion on the ball.

Still, Terenure were able to show enough composure to squeeze out a penalty for Pender to make it 22-17 in the 65th minute.

It was turning into a battle royal, impact off the benches adding fuel to the forward fierce exchanges.

Clontarf wing Carlitos Manzano was causing problems and slick hands from Jimmy Hawkshaw put Theo Connolly over on the right for O’Dea’s conversion to have Clontarf 24-22 ahead in the 69th minute.

They didn’t have much time to take that in as Terenure thundered forward for replacement Robbie Smyth to ground the ball from close range in the 74th minute.

It was Clontarf’s turn to hunt a response, Reilly-Ashiru almost getting into the clear and the forwards forcing penalties and lineouts on the five-metre line.

That man Lalor snatched a priceless turnover penalty for what turned out to be the match-winning moment.