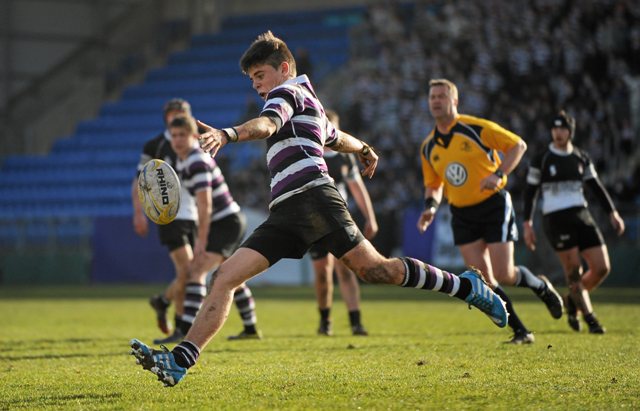 Hosted in Donnybrook, this Beauchamps Junior Cup Quarter-final promised to be a tightly contested affair, with both sides coming off the back of strong wins in the first round…

After a minutes silence was perfectly observed for Fr. Jim Harris from Newbridge, the game got underway.

Early possession was shared by both sides, with Newbridge claiming the greater amount of territory from the beginning. With this territory, the Terenure defence were put to the test, vital tackles were made by both backs and forwards when Newbridge threatened, and it was these tackles that led to turnovers.

When Terenure found themselves with possession, strong carries from prop Zac Vaughan saw territory moved up to the Newbridge 22. This back and forth momentum continued throughout the first half, with neither team being able to find the killer pass to run in a try. The Newbridge defence were tested in the middle of the park, and strong tackling from Luke Morris and flanker Ben Howlett saw the ball stay there. Terenure looked for the right side of the pitch to launch attacks, with centres John Murphy and Adam La Grue combining well to make hard fought yards. 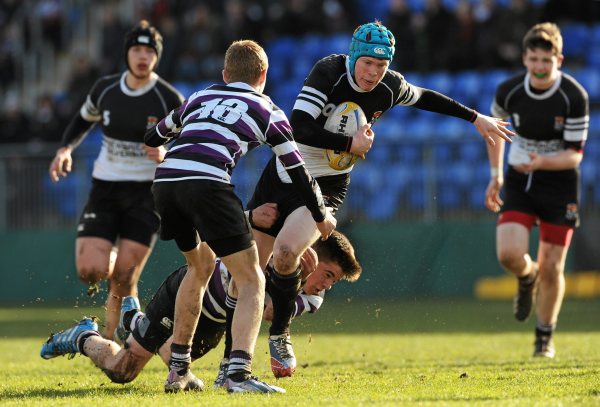 The first opportunity came at the end of the first half, on the tennis court side of the pitch. Newbridge gave away a penalty in the ruck, and the choice was made to go for the three points.

Terenure captain Mark Fabian stepped up, but saw his effort go wide. It stayed 0-0, and somehow the first half ended scoreless.

From the start of the second half, it was clear that both sides needed to show more conviction to the attack, in order to get the first points on the board. Terenure started the second half stronger, and were constantly found inside the Newbridge 22. Once again, the final push could not be made, and the ball was turned over. Newbridge captain Patrick Ryan began to build the platform of the attack, with powerful runs, allowing scrum half Louis Younge to snipe around the edges of the ruck. 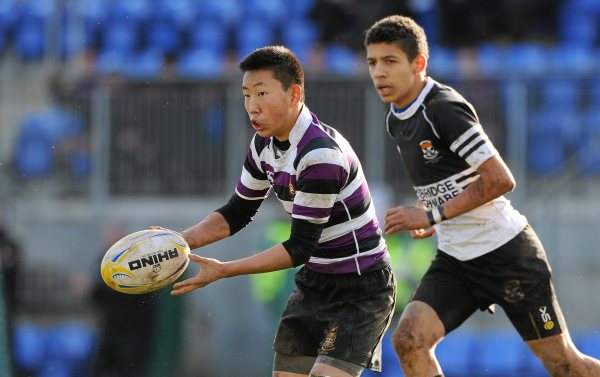 The games first points came from a Newbridge clearing kick. On the halfway line, Terenure fullback Callum Ashmore gathered the ball and was greeted by oncoming Newbridge tacklers. Perhaps caught off guard, a loose pass was thrown allowing Newbridge winger Cian Murphy to intercept. With a clear run ahead of him, Murphy ran under the posts, giving Luke Morris an easy conversion. A slice of luck, but Newbridge seized the opportunity, giving themselves a 7-0 lead.

From the restart, Terenure fought back with aggression, and the game was played in the Newbridge 22, as they sought out a try. After a string of penalties were awarded to Terenure, Fabian brought the game back to 7-3 after a penalty right in front of the posts.

Terenure retained possession excellently as the half progressed, and it was a credit to the Newbridge defence as a try was held up. The boot of Luke Morris often relieved Newbridge of pressure with fine clearing kicks, but Terenure came straight back. 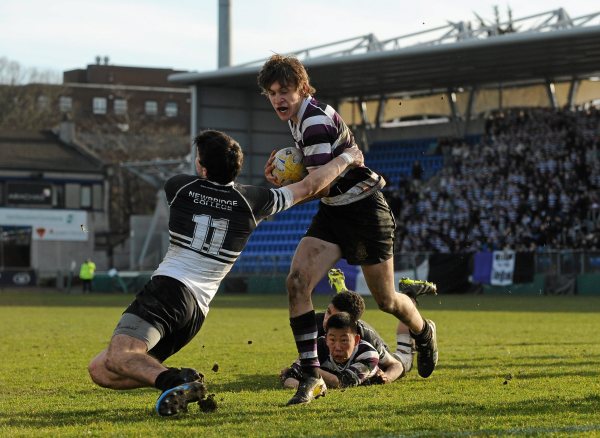 Trapped in their 22, Newbridge were caught out on the overlap. Terenure passed from right to left by before centre Adam La Grue was left with a short run to make the game 8-7 to Terenure. It was hard on Newbridge, who had defended so well up until that point, but the determination from the Dublin team saw the game go their way, as the conversion was added by Mark Fabian. The ball was pushed into touch soon after the restart, and Terenure won the game 10-7.

A dogged performance by the Terenure team saw the game go their way against a brilliant Newbridge defence. Terenure march onwards…

Take a look at the full list of Schools Cup fixtures.