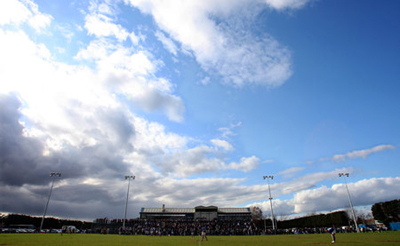 The mixed weather did not dampen the spirits of the five teams taking part. They were hosts St Mary’s College RFC, Terenure, Tallaght, DLSP and CYM.

The pool games were very competitive, with local Dublin 6W neighbours making it to the final once again. This was a strongly fought match. An early try by Terenure proved to be the winning score of the game and see them take the 2011 Title.

Two grandsons of D.P. Smyth, who both played for St Mary’s on the day, were on hand to present the cup to Terenure.

It proved to be an enjoyable and successful competition and 2012 is already being looked forward to.