Terenure come out on top in all-Dublin quarter-final 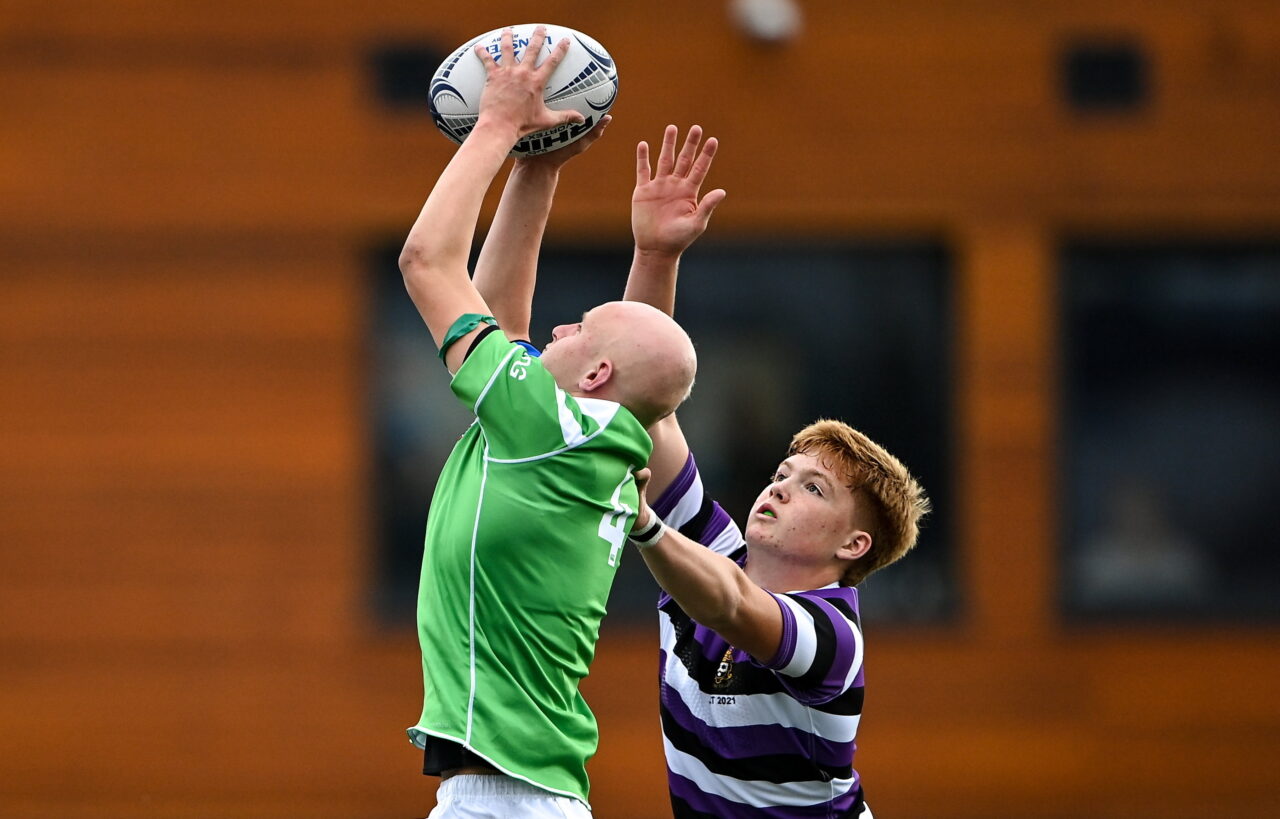 A power-packed second half at Energia Park propelled Terenure College into the Bank of Ireland Leinster Schools Junior Cup semi-final.

Leading just 7-3 at the break, Terenure established further dominance after the restart and quickly began to build a lead after a first 30 minutes that had been neck and neck.

The feeling-out process didn’t take too long to establish Gonzaga’s desire to move the ball matched by Terenure’s appetite to shut them down.

‘Nure full-back Simon Horgan defused a bomb from Daragh O’Dwyer, but could do nothing about the next ball O’Dwyer drilled towards the 22.

It was all action. Zaga’s Aidan O’Flannagan almost completed an interception. Their flanker Gavin O’Grady was binned for a high tackle and Mixie McCarthy stole a lineout.

‘Nure centre Daniel Martin broke the first line of defence and out-half Casper Gabriel did remarkably to execute a turnover at the ruck.

Suddenly, Gabriel orchestrated a break down the blindside to stress the cover. The ball was killed and ‘Nure tapped and went. Olan Storey made it the right decision with fantastic footwork for a tighthead, Louis Moran converting for an early lead.

O’Grady returned from the bin, just in time to see Horgan leave the field for an illegal challenge.

Daniel Hassett made more ground than he had a right to in sparking an impressive attack, Tom Lynn prevented from causing further damage by Luke Grimes’ sure tackle.

There was the consolation of an O’Dwyer penalty to narrow the deficit to 7-3 for loose work at the ruck in the 20th minute.

The enterprising play of Gonzaga, orchestrated through O’Dwyer’s decisions, was countered by the collective aggression of Terenure, Wardick stopping Lynn in a one-on-one contest. 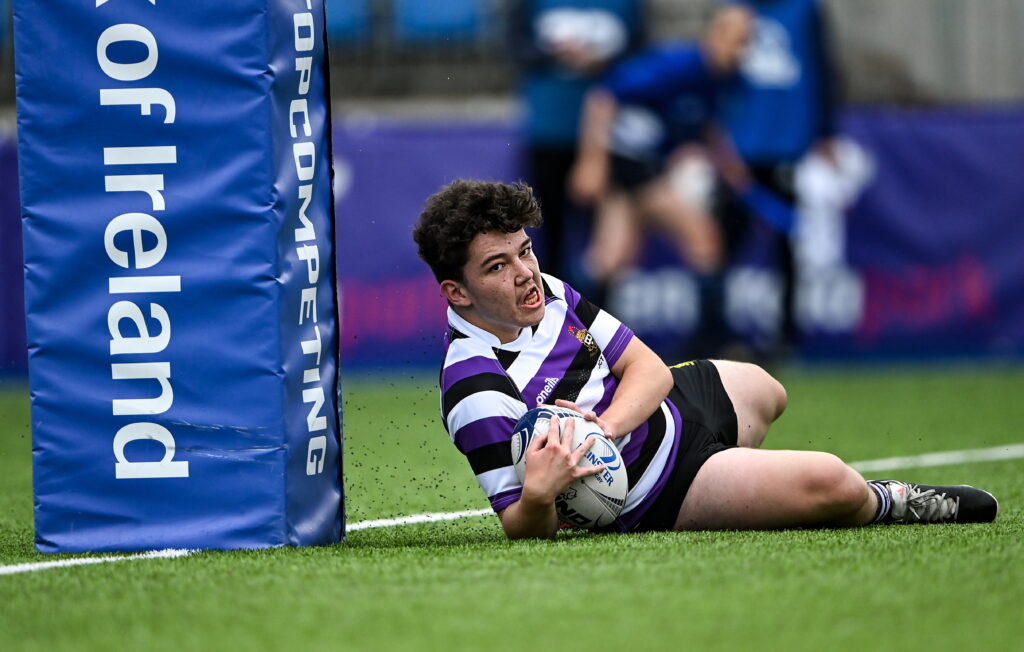 The Sandford Road school were edging the territory. Hooker Luke McLoughlin and O’Grady came close to a breakthrough from a move at the front of a lineout.

Terenure captain Eamon Geraghty clamped down for a turnover penalty, Gabriel tackled O’Flannagan and Horgan intercepted to keep Gonzaga at bay at the half-time whistle.

Three times Gabriel was involved in a raid from Wardick’s grab of Mark Egan’s lineout dart, the forwards taking control for Jake Carter to ground the ball, Moran converting from the right for 14-3 in the 35th minute.

When wing Hassett hared down the touchline, Gabriel’s tackle was late, giving Gonzaga a penalty on the five-metre line. They went for the lineout without the control to turn it into points.

An extraordinary recovery from Storey foiled Gabriel’s kick into space for Lynn. Not alone did the prop get his hands on the ball, he was straight to his feet to start a counter-attack.

Once again, Gonzaga worked the ball into the hands of the dangerous Hassett, who was engulfed by a cavalry of defenders.

The front-foot defence of Carter and Geraghty put ‘Zaga in a bind, Running from deeper, they committed an offence to allow Moran to slot a penalty in the 50th minute.

The tireless Wardick was rewarded for his impact with the game-clinching try from close range, converted by Moran.

The handbrake was off and Terenure came rolling forward, Horgan threatening down the right and replacement Louis Kearney ending the game with their fourth try in injury-time.