Terenure College into second round with D6 derby win 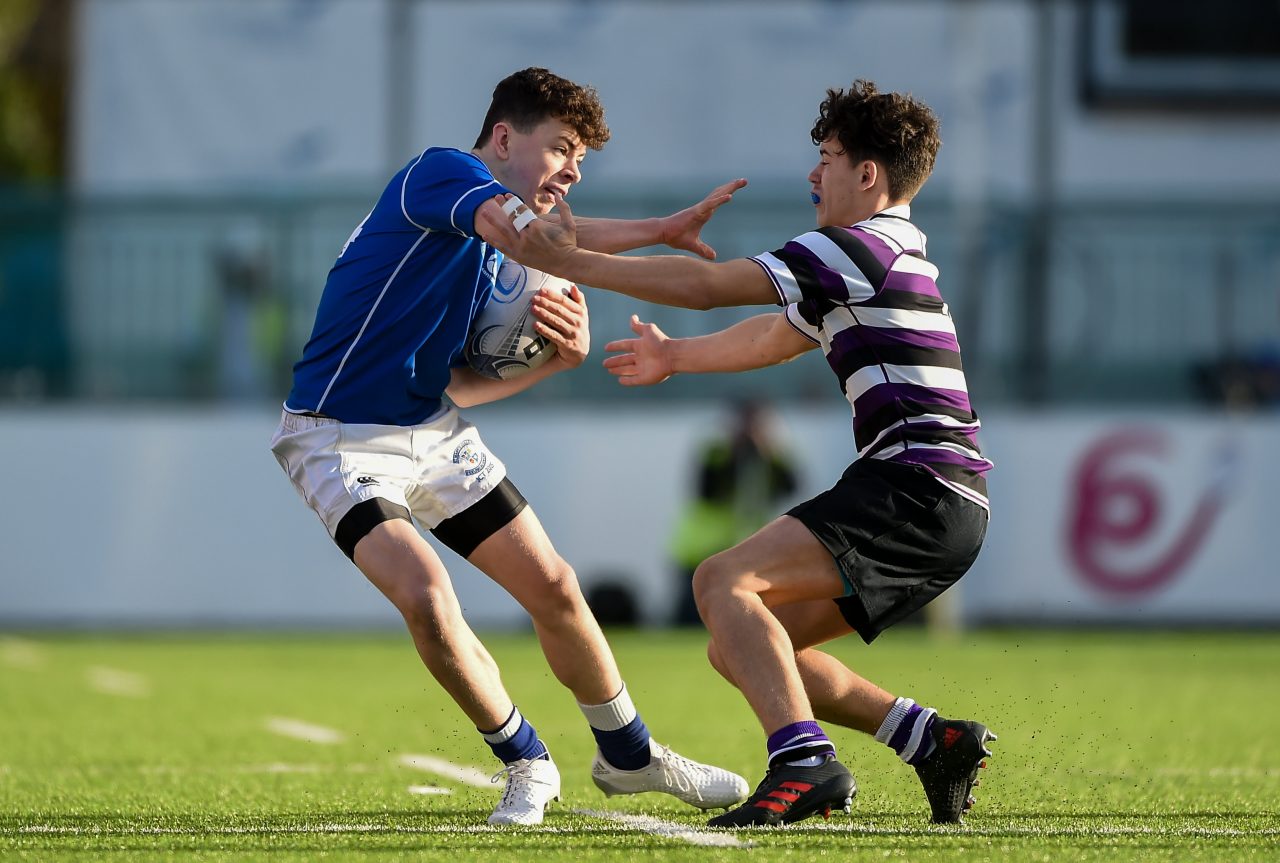 Terenure College got one over on their old enemies St Mary’s College in the Bank of Ireland Leinster Schools Junior Cup today at Energia Park.

A resolute defensive performance in the second half to hold on to a narrow lead, gained when Fintan Dignam crossed the whitewash in the 36th minute, saw Terenure into the second round.

They had struck first when James Clarke finished off a rapid move across the St Mary’s 22, but the conversion bounced unluckily back off the post.

That was in the sixth minute and the lead did not last too far past that point.

After being held up on the line less than a minute later, St Mary’s flanker Matthew O’Shea pushed his way through a flurry of bodies to dot down.

‘Nure sparked into action again at the start of the second half and as with the first, they picked up an early try.

Wing Dignam touching down in the corner after a defence splitting move to swing the tie back in their favour.

Replacement Yago Fernandez Vilar added to Terenure’s advantage with a penalty just minutes after coming on the field and from that moment on, it was a masterclass in resolute defending from Terenure.

It’s a double now for Terenure in the D6W derbies having already beaten their old rivals in the first round of the Bank of Ireland Leinster Schools Senior Cup this year.