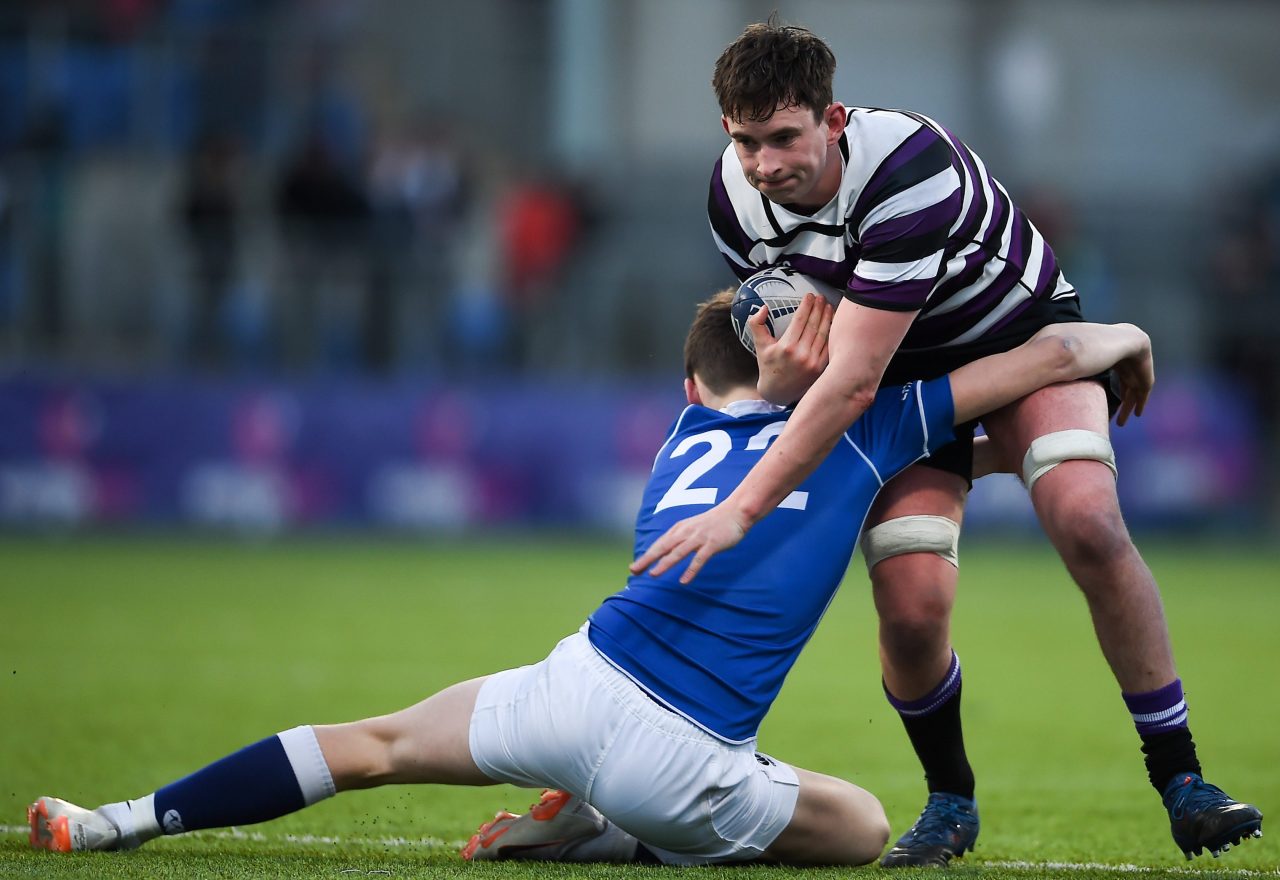 Terenure College came through a tense derby with St Marys College to make the Bank of Ireland Leinster Schools Senior Cup quarter-final at a chilly Energia Park on Sunday afternoon.

Their centre Max Whelan slipped a tackle to threaten and prop Michael Connell had to be stopped in his tracks by Conor McElwaine.

Then, left wing McElwaine got over the ball to squeeze a penalty out of St Mary’s.

When Terenure had their first driving maul it was powerful enough to draw a penalty also.

They then tried the same avenue again and St Mary’s hooker Craig Walsh countered by ruining the drive for a turnover.

There was little room for manoeuvre, the penalty count against St Mary’s allowing ‘Nure to move forward.

St Mary’s began to look more comfortable on the ball as evidenced by lock Fionn O’Sullivan’s offload which prompted a surge by wing Eoin Carey down the left.

The game was crying out for a calm, measured move that could change the game, St Mary’s fly-half Adam McEvoy coming up with a delightful tumbling kick to the corner.

The pressure told when a shoulder charge was spotted. McEvoy’s kick slipped just left of the upright.

They stayed on point, scrum-half Eoin Franklin pinning Terenure down with another fine kick.

Captain George Morgan, the out-half, picked up a turnover for a penalty that was rewarded with position.

From there, centre Roberts cut a line and full-back Patsakorn Kidd was quick enough to outpace the cover for a superb try, converted by Roberts in the 30th minute.

St Mary’s moved Carey to full-back, presumably in a ploy to get him on the ball more often.

It nearly worked straight away when Carey was just about brought to ground with the try-line in his sights.

St Mary’s were making all the running, hooker Walsh going close and lock O’Sullivan going over only to be held up.

They took the scrum, worked Carey into the equation and recycled quickly for O’Sullivan to twist to the whitewash for 10-5 in the 45th minute.

When Roberts could not find the range with a penalty, it fuelled St Mary’s even further. They could not make it count.

However, there was a penalty awarded for slowing ruck ball and Roberts landed three for 13-5 in the 59th minute.

Then, loose head Levi Vaughan made a ‘follow me’ charge which required desperate defence from St Mary’s.

All the while, the clock was winding down and Terenure had the ball, the territory and a penalty which Roberts smacked against a post.

Carey took off yet again, flanker Joe Nolan made inroads but the ball ended up in touch to end the tie.