The Herald Summer Camps Sold Out… 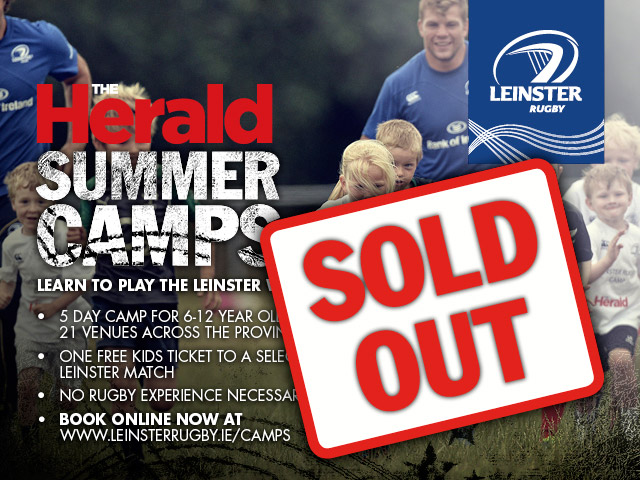 The remaining six weeks of The Herald Leinster Rugby Summer Camps have now sold out.

The camps selling out is testament to the work being done throughout the province at grassroots level both in clubs and in schools. Over the past 7 years the Leinster Rugby Summer Camps have built a reputation for being an action packed, fun filled week of rugby under the guidance of IRFU accredited coaches. The popularity of the camps is at an all-time high with this being the first time in their 7 years history that they have sold out.

Leinster Rugby would like to thank everyone who has signed up to take part in the summer camps this year and we look forward to coaching more players to play the Leinster way over the rest of the summer.

Make sure to check out the Official Leinster Rugby Facebook and Twitter for exclusive photos and updates of all our camps throughout the summer.