The Junior Inter-Provincial Series kicks off this weekend… 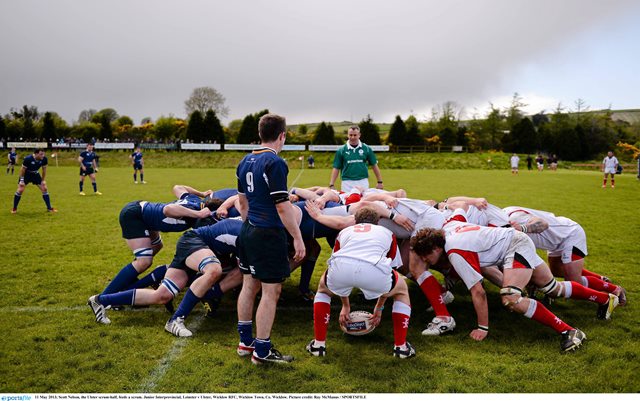 Leinster will be looking to revenge their defeat of last season against Munster and get off to a winning start to the series.

This Junior Interprovincials kick off this Saturday, 26th April, in Wexford with the Leinster XV at home to Munster.

The following two weeks see Leinster travel to Ballinasloe to play Connacht and to Dromore to play Ulster the following week.

The Leinster back room team comprises of Manager Derick Turner of Longford RFC. Assistant Manager is Damien Curley, also of Longford RFC, the Head Coach is David Mahon of Monkstown RFC, the Forwards & Assistant Coach is Niall Moran of Newbridge RFC, the Defence Coach is Brett Igoe of IT Carlow RFC. Logistics Manager is Noel Ferguson of Wexford RFC, the Physiotherapist will be Blathin Brady of Monkstown RFC and the Video Analyist is Damien Strick of Newbridge RFC, They will bring a wealth of experience to the Leinster Junior side.
Manager Derick Turner is aware of the challenge that lies ahead of him – “I think that all of us agree that it is a great honour to be selected as part of the team structure. We know the challenges that lay ahead and the high standard of the opposition we face”.
The selection started back in February when the Management team met with the selectors of each division, 1a Joe McDermott Wanderers, 1b Bill Duggan, Ashbourne, 2a Phil Horan, Gorey, 2b Robert McDermott Edenderry.
Training sessions are at the Garda Rugby Club in Westmanstown every Tuesday and Thursday night by kind permission. There was a large attendance at the earlier sessions and gradually the numbers were pared down to a core squad of 35 players.
The reigning champions are Munster and as such they are probably the favourites, but as each side boasts of the cream of the Province the standard is very high. Manager Derick Turner said that the competition will throw up some great contests: “There is never anything easy in these inter-provincial games. The challenge is to knit players from different clubs who would have contrasting styles into a cohesive unit. It is a significant challenge, but it is a great opportunity for junior players to represent their Province. It also gives players a chance to play with players they would normally be opposing or never play against.”
Assistant Manager Damien Curley is happy with the start of his charges and believes that they have a real chance at this year’s title: “It is an excellent competition on so many levels. It embodies all that is good in Junior Rugby and the communities they represent.”
The squad for the Munster game will include players from Ashbourne and Kilkenny who are club tied up until the Towns Cup final. These players will augment an already very strong squad. With Ireland’s top junior players vying for Inter provincial glory this year’s title is sure to be a real crowd pleaser.