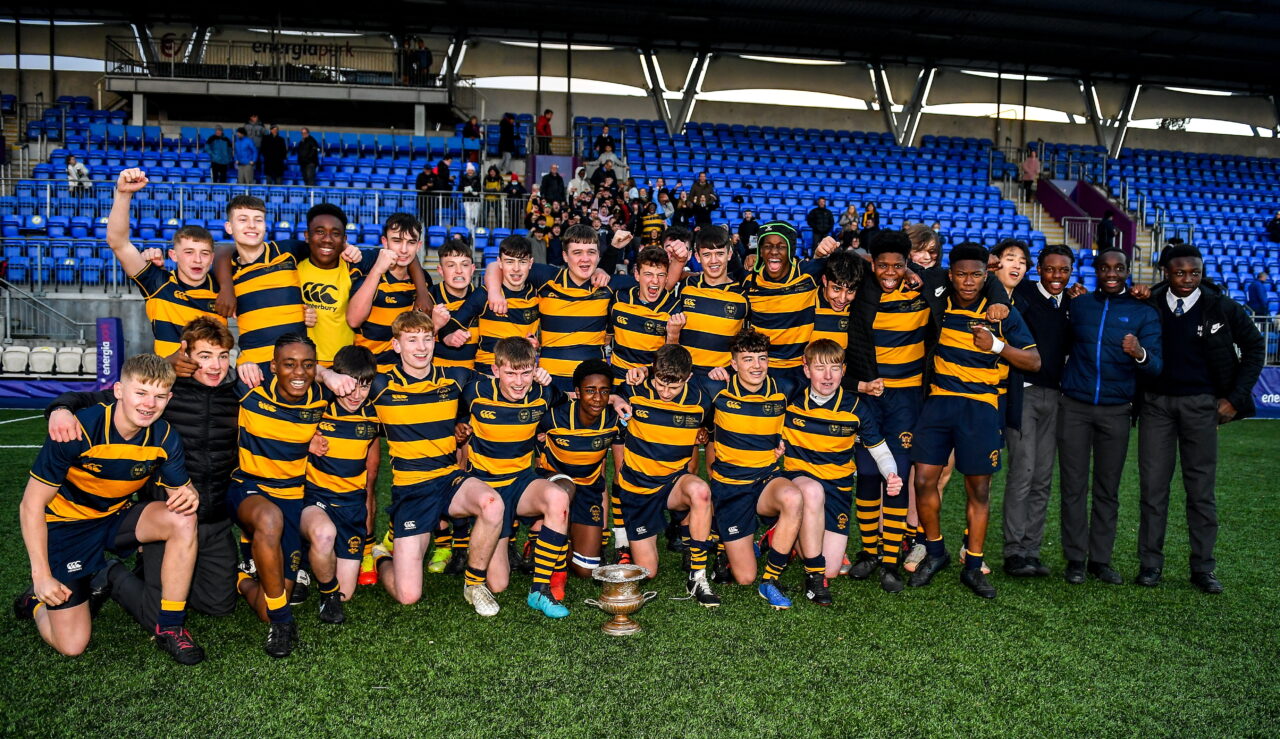 The finishing skills of wing Tim Ryan separated The King’s Hospital from St Fintan’s in an entertaining Bank of Ireland Fr Godfrey Cup final at Energia Park on Wednesday.

KH meant business right from the off, establishing field position through the aggression of their pack before out-half Luke Fogarty touched down in the left corner in the second minute.

St. Fintan’s centre Luke Ingle was a strong physical presence in the midfield, forcing a knock-on soon after.

KH centre Ross Adams was not exactly a shrinking violet either, an athletic grab of a high pass almost leading to a second try.

Eventually, they opted for a shot at the posts which hooker Charlie Ingle was unable to make due to the blustery conditions.

Indeed, both schools were reluctant to kick when they could run, none better than The King’s Hospital’s Cian Behal-Valle, the evasive centre slipping three tackles on his way to doubling the lead to 10-0 in the 15th minute.

A burst by flanker Rory O’Connor-O’Hehir gave St. Fintan’s the territory and a contest on the floor by centre Finn McDonald the penalty which Ingle missed left from 42 metres.

Finally, they were in rhythm, the forwards Marcel Haas and Rob Harvey making ground and McDonald chasing lost causes.

Gradually, the holes were exposed on the fringes and tight-head Harvey was on hand to plunge for the line, Simon Cantwell converting for 10-7 at the break.

The quick-thinking of King’s Hospital out-half Fogarty to dink the ball over the top and collect it at top speed was rewarded when the ball was recycled for wing Ryan to strike on the right in the 32nd minute. 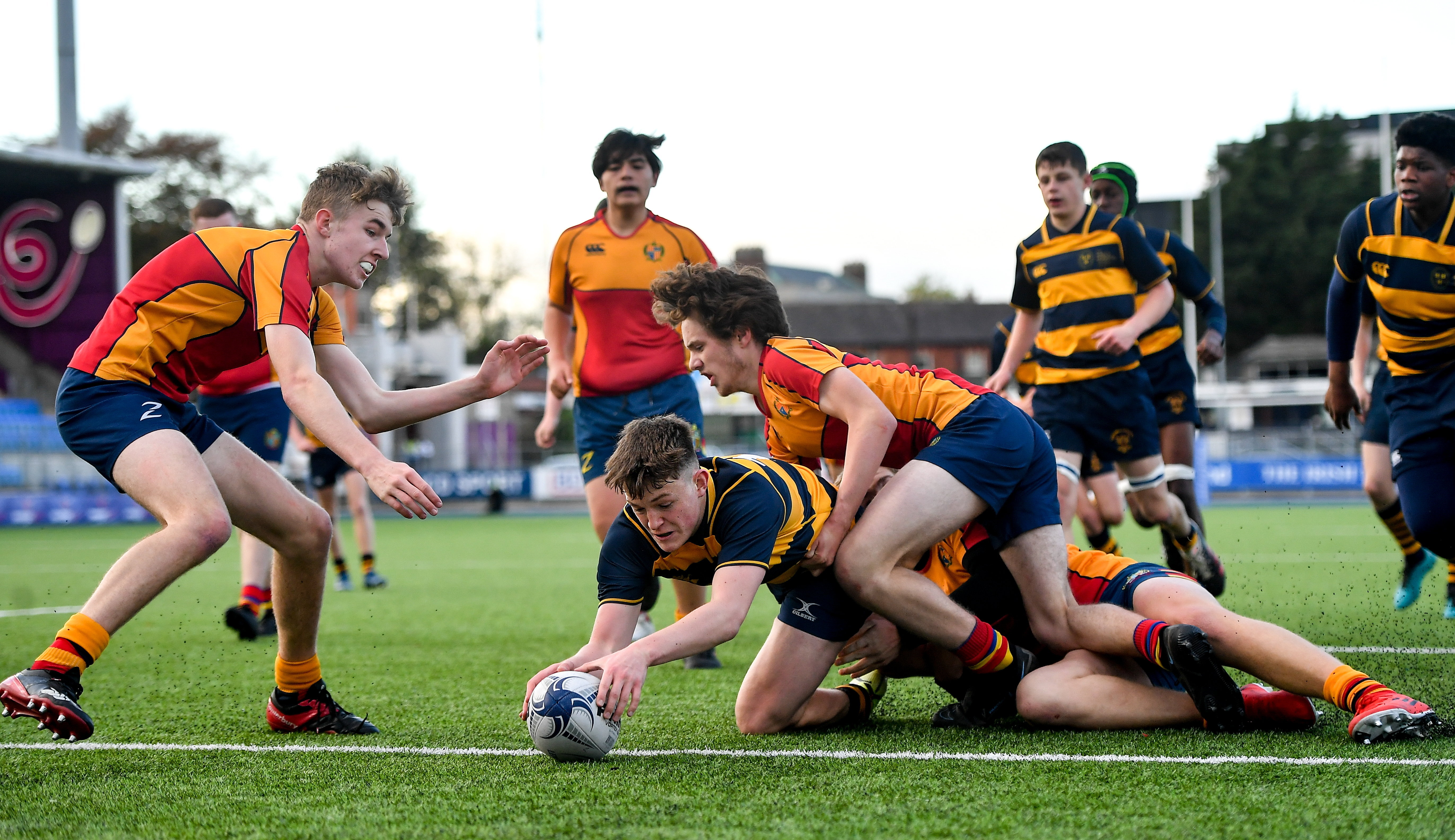 The combination between Harvey and Rory O’Connor-O’Hehir was dangerous, captain Harvey doing all he could to lead a revival.

Another chip by Fogarty was added to by Adams kick ahead, whereupon Toomey swept in to avert the danger.

It was merely a temporary reprieve as Adams cut back against the grain to pick up KH’s fourth try for 20-7 in the 41st minute.

St Fintan’s never backed away, Rohan O’Shea countering from deep and the full-back just about saving the day when Ryan threatened close to the line.

There was a lifeline earned when the Sutton school attacked at pace, centre McDonald doing the work of a loose-forward in crashing over from close range for Cantwell to convert in the 48th minute.

It was a one-score game. Not for long. The right foot of Fogarty angled the ball towards Ryan and the wing showed exemplary skills in grabbing and grounding the ball in the 57th minute for what turned out to be the match-winner.