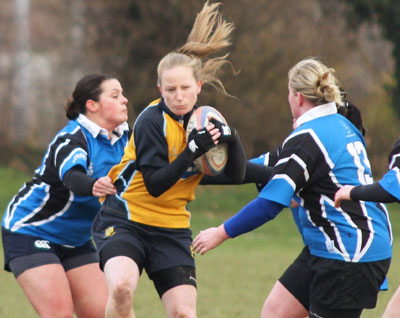 Clon’ made history last term and enjoyed a final feast with all four male senior teams challenging for trophies in a whirlwind five May days.

And despite being knocked out of the Towns Cup at first and seconds level last weekend the fastest growing club in Leinster Rugby remain on course to eclipse last seasons heroics and could quiet possibly give their supporters five or more big days out this term.

The club’s Under-19’s are in contention to record the club’s first ever league and cup double after they progressed to the Leinster League Division 1 Final and the North Midlands Cup final in recent weeks.

While the Senior Ladies team are one game away from lifting the Leinster Woman’s Cup in what is just their second season after they beat Rathdrum last Sunday to secure a final berth.

“Last season was amazing. We had three cup wins and four finals in a week. It is only February are we are guaranteed three cup outing already this season. That is a great achievement. Congratulations to both the Ladies team the Under-19’s”, Club President John Stapleton told Clondalkin Rugby TV.

“They have done us extremely proud. All of the semi finals were brilliant games now let’s hope they can go on a win the medals their efforts deserve”.