Three in a row target for Coolmine… 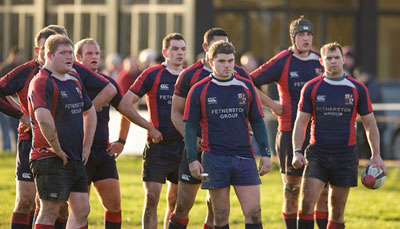 With two successive league titles behind them the lure of AIL status beckons, and will certainly spur them on in an attempt to secure three league titles in a row.

With the hard work of pre season training and conditioning over, the Dublin 15 side are keen to get started on their forthcoming league campaign.

All bodes well having already notched significant wins over both Garda and Malahide in the qualifying stages of the Spencer Cup. A friendly match against Monkstown last Saturday was tough warm up as they will travel to Carlow on Saturday fully prepared, with their first home tie of the season versus Dundalk the following week.

The line-up is mostly unchanged from last season with a few new faces being added to give a little more strength and depth. Ollie Prunty captains the side for a second year. Meanwhile their 2nd XV have also made a strong start to the season defeating Garda, Tallaght and Cym in their defence of the Byrne Cup.

After leading their respective league table for most of last season a couple of last minute defeats shifted them from the top spot and they will be keen to add a third league title in the space of four years to their long list of achievements. Brian Smyth retires as captain after several long years of service with Tom Sharkey taking over the role.

Better known as the ‘Super 3’s’ Coolmine’s 3rds are fighting fit and awaiting the announcement of their upcoming league fixtures. The Winters Cup victory last season has inspired many of the veterans to postpone hanging up their boots for at least another year.