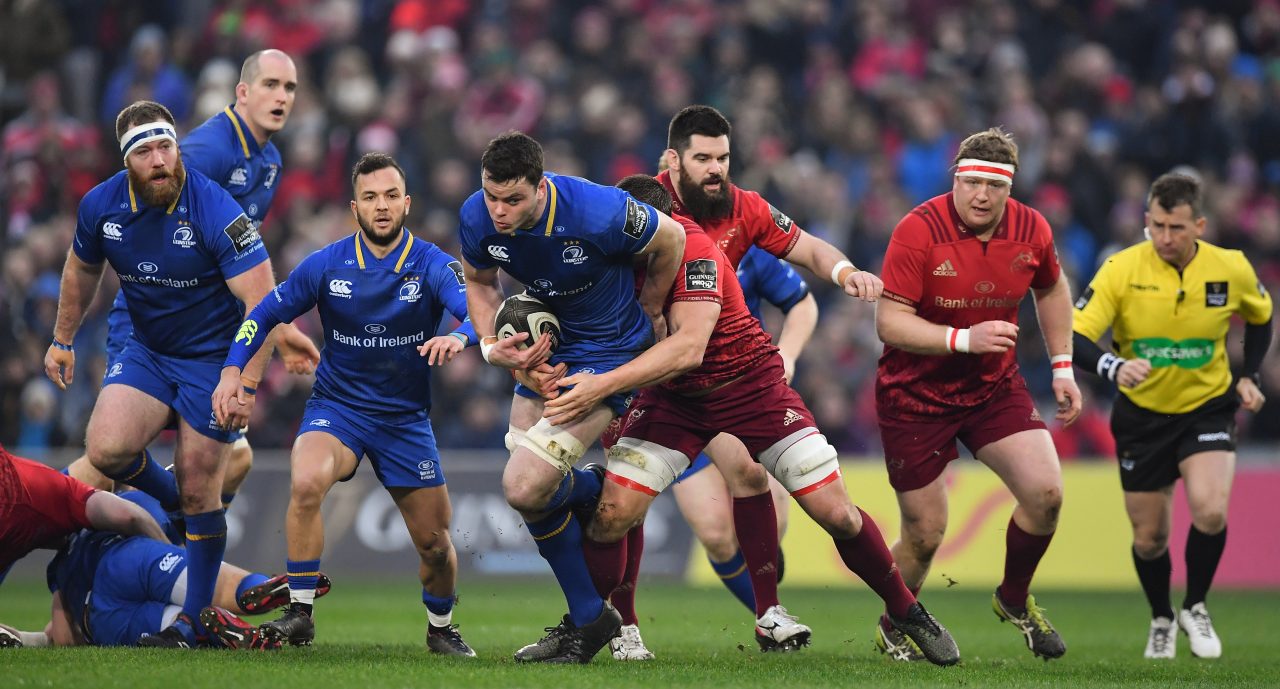 Leinster Rugby Season Ticket holders had the option to buy tickets in an exclusive pre-sale last week before the PRO14 Semi-Final Qualifier between Munster and Edinburgh had been played, and again this week before the general sale.

Leinster secured a home semi-final after finishing top of PRO14 Conference B, ahead of reigning champions Scarlets on points difference.

Munster defeated Edinburgh at Thomond Park last Saturday with tries from Rhys Marshall and Keith Earls, plus 10 points from the boot of JJ Hanrahan.

To get access to exclusive pre-sales and to secure your place at every big game next season, get your Leinster Rugby 2018/19 Season Ticket now before the Early Bird window closes this Friday.

Season Ticket holders also get access to exclusive pre-sales for knockout games in the PRO14 and Champions Cup, such as the upcoming semi-final against Munster at the RDS and this Saturday’s Champions Cup Final in Bilbao.