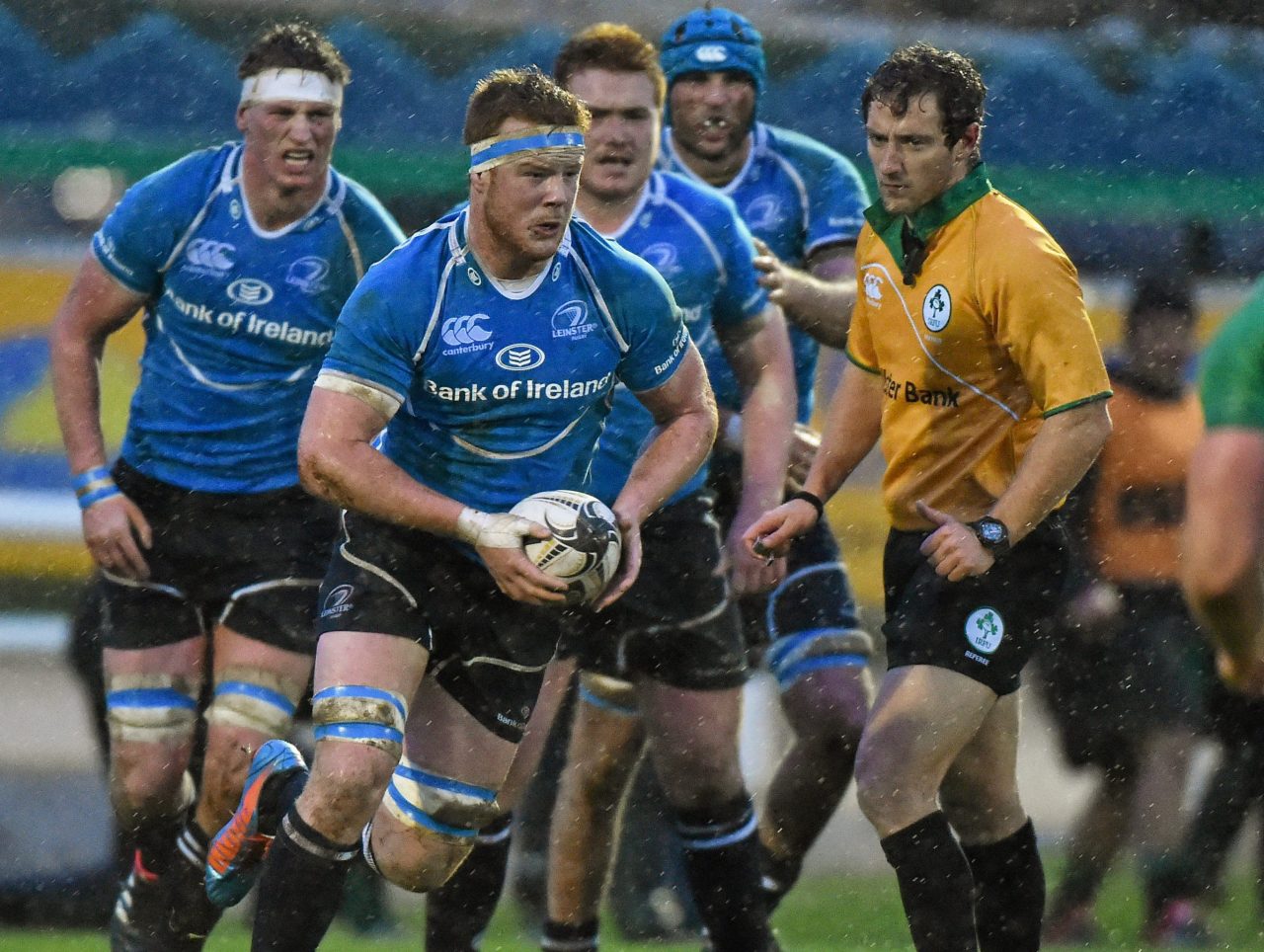 The Leinster ‘A’ team for Thursday evening’s Interprovincial friendly with Ulster Ravens in Ballynahinch RFC has been named.

Peadar Timmins will captain the side from the back row where he will be joined by David O’Connor and Tony Ryan.

Ryan had an instant impact when he made his debut from the bench against Scarlets last week as he played a key role in the creation of Isa Nacewa’s try.

Three Year 1 Academy recruits – Jeremy Loughman, Sean McNulty and Oisin Heffernan – are named in the front row, while Gavin Thornbury and Tadhg Beirne are paired in the second row.

There is plenty of senior experience on the wings for Leinster ‘A’, with 41 caps and nine tries between Darragh Fanning and Mick McGrath. Adam Byrne will be deployed at full-back to complete the back three.

Tom Daly once again starts at inside centre for the ‘A’ team, but there is a change in the midfield pairing as Thomas Farrell comes in to replace Colm O’Shea.

A half-back pairing of two other Year 1 Academy recruits, Charlie Rock and Joey Carbery, completes the Leinster ‘A’ XV.