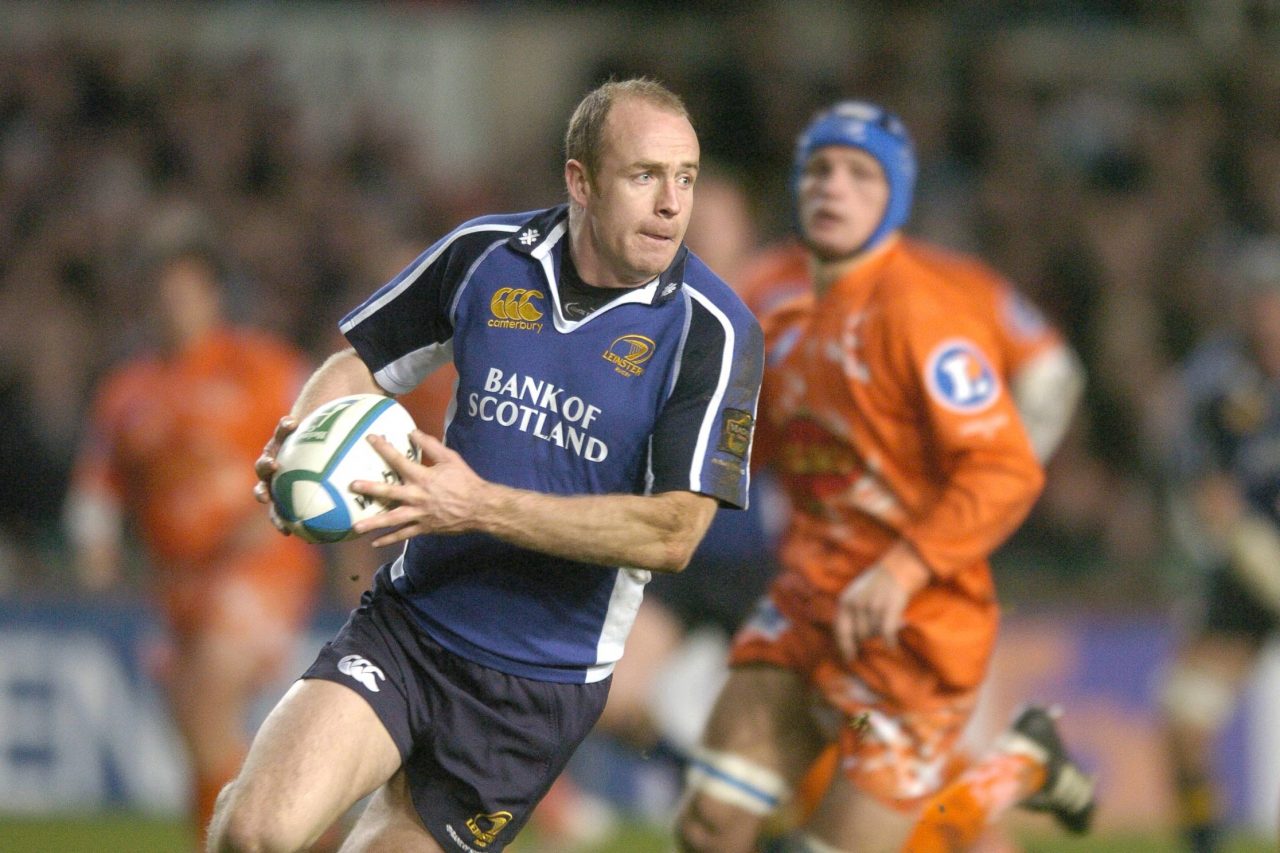 Denis Hickie reflected on the 2006 Heineken Cup quarter-final win away to Toulouse on the Champions Rugby Show podcast this week.

Hickie spoke about how the defeat of the then reigning European champions represented a step up for Leinster and gave his insight into the iconic try he scored in the 41-35 victory.

Before touching on that epic Toulouse game, Hickie outlined the stepping stones on the way to defeating the European giants. 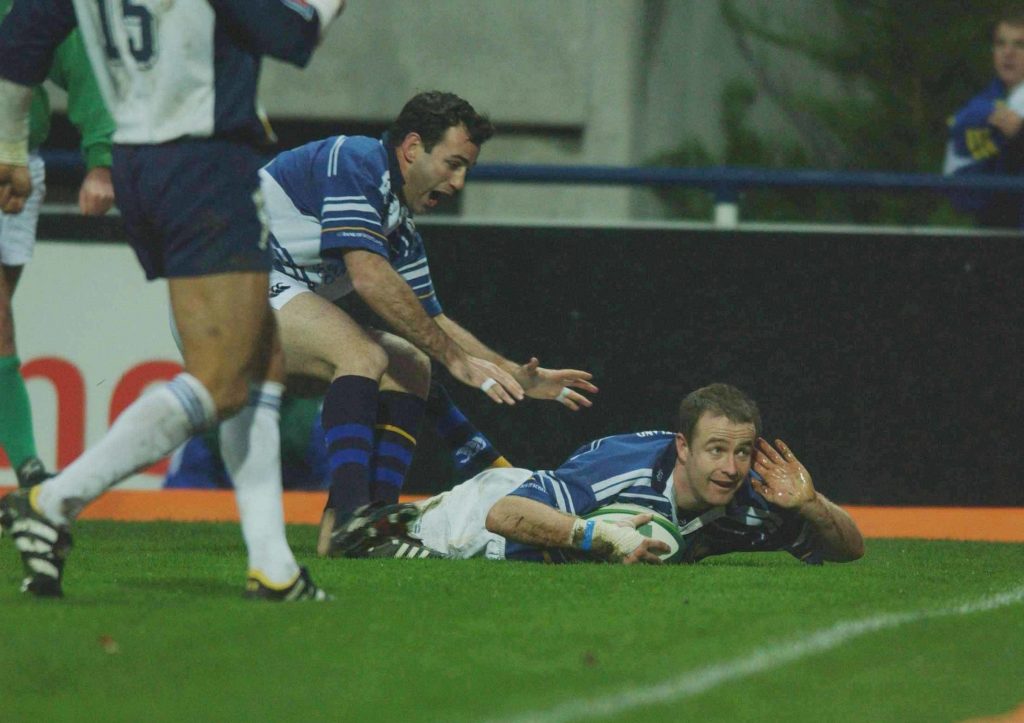 “Coming back to 2002, that was the first time Leinster even won on the road in France,” Hickie said.

“We beat Clermont – Montferrand as they were called then – so 2002 was the first time in trying that Leinster had won on the road in France. We then won the following season against Bourgoin in Bourgoin. So going into that match in 2006, we had only ever won twice on the road in France, and never at a knock-out stage. 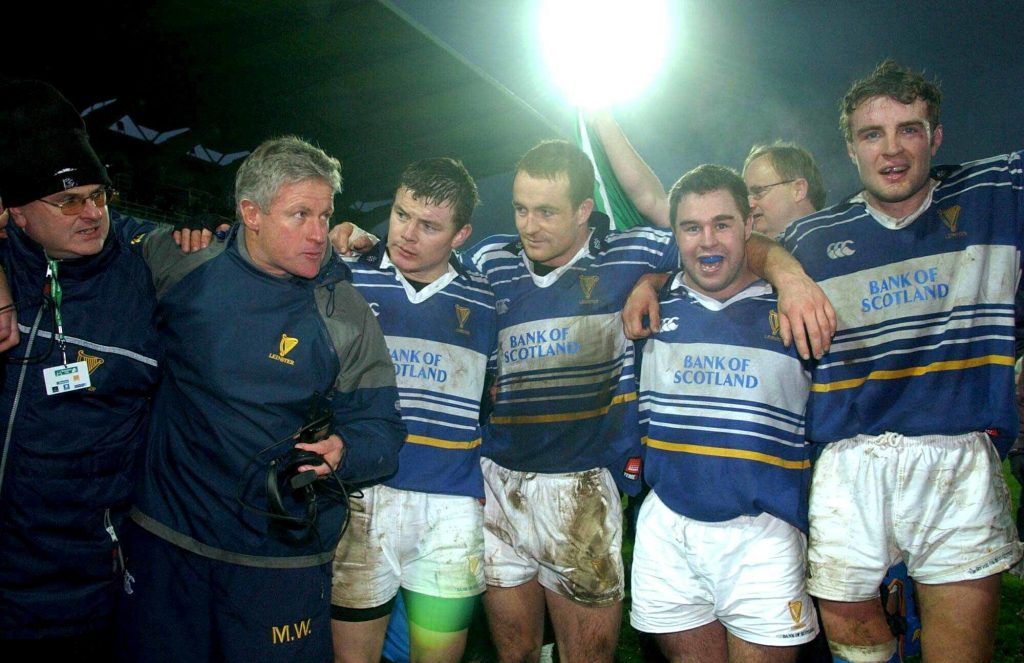 “As difficult as it was to win in France for Leinster in group stages, to step it up again and have to go and try and beat Toulouse in France in a knock-out competition, against a team that were already multiple cup winners. They had won the first tournament and they had been an exceptional powerhouse and a leading team in Europe. They had the experience, they knew how to win in knock-out competitions both domestically, but particularly in Europe. They were the seasoned team. They also had a very, very strong team at that stage.

“The prospect of going to face them in Toulouse was daunting from an organisation point of view. But the team was coming together better under our new coach at that stage, Michael Cheika. I would say going to that game we had a level of preparedness; the coaching team had done a huge amount of work going into the match. That gave us a lot of confidence. But we were still very aware where we had come from in Europe and that this was going to take a performance and a step up to a level that we hadn’t yet reached in Europe.” 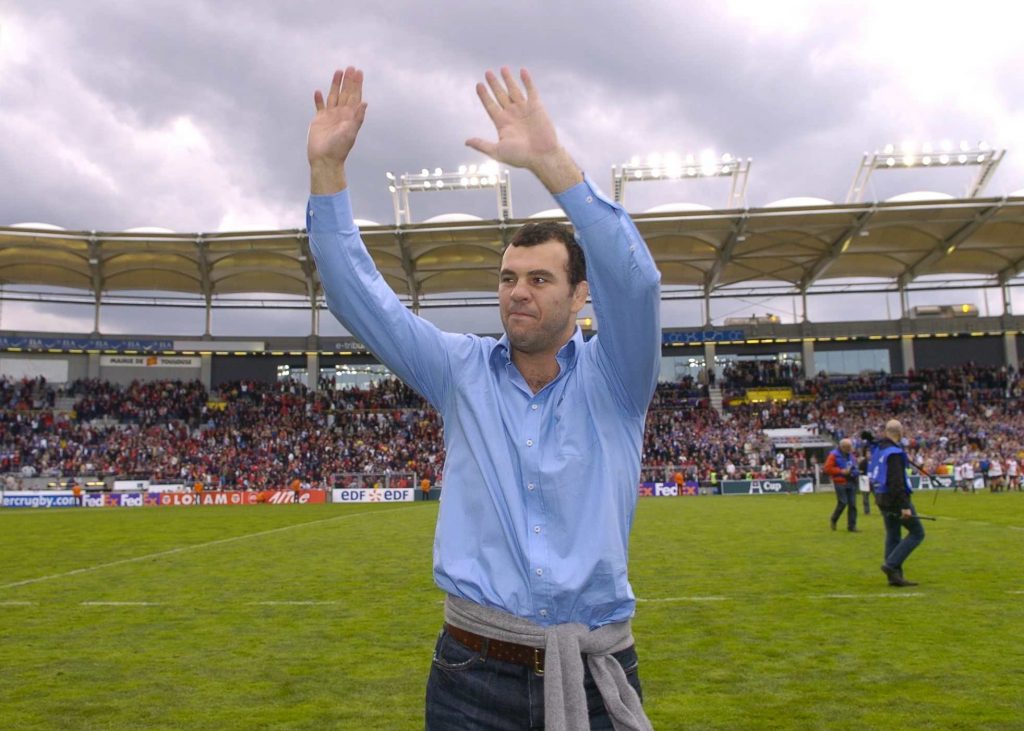 The sides traded penalties early in the game before Brian O’Driscoll’s try halfway through the first period gave Leinster some breathing space.

After a couple of penalties and drop goal brought Toulouse back within touching distance, Cameron Jowitt’s try, followed by Hickie’s iconic effort, and a Shane Horgan score sent Leinster on their way.

“There’s a couple of parts to that try,” Hickie told host Martyn Hindley about the length-of-field score.

“For me, what makes that try special – and obviously I was delighted to have scored the try and delighted it’s remembered fondly by Leinster supporters, by other people if that’s the case – it comes on the back of a very long passage of play where both sides have the ball. It starts with a scrum, then Leinster have it, then Toulouse have it, it comes back to Leinster.

“There’s an element of luck whereby Dave Pearson the referee – lots of referees will have an opportunity in a passage of play of that length to blow for a knock-on, to not play advantage, to maybe be a little bit more pedantic with the whistle. But Dave Pearson to his credit let the game flow and let that passage of play go on. There’d be knock-ons, there’d be turnovers but he let the ball play.

“If you’re going to score a try of that nature, to squeeze in the corner is the most dramatic end to a try you can probably have. All those little elements are there, lots of interplay, backs and forwards, lots of great players from both sides touching the ball in that passage of play, for me is what makes it a special try.” 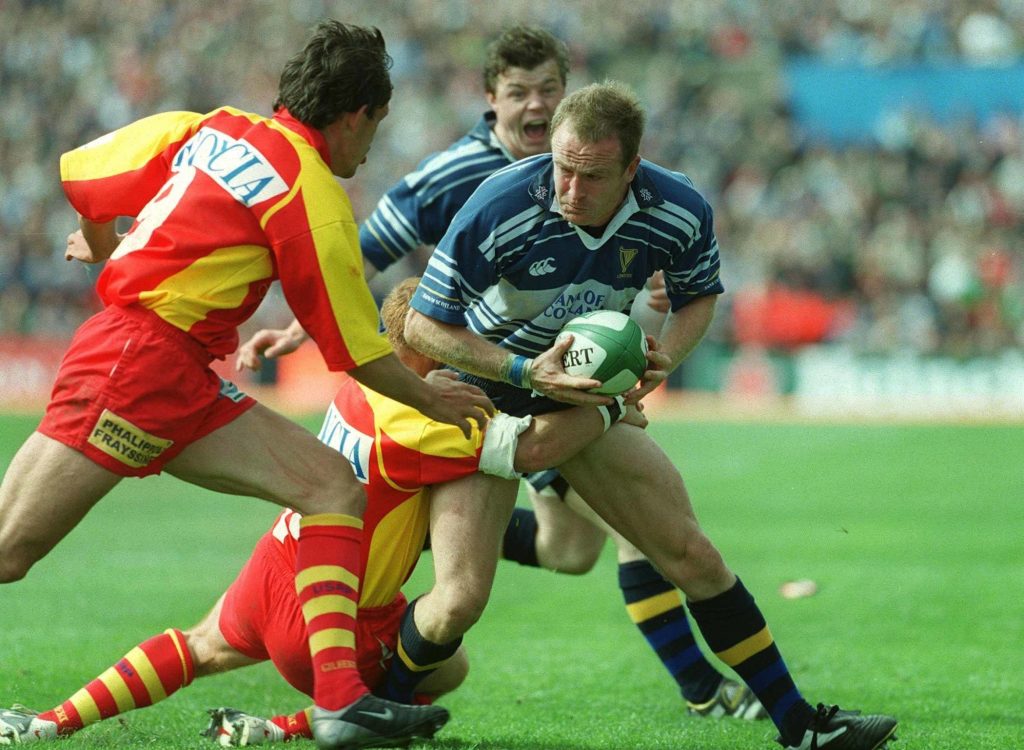 While a significant win was required for Leinster to take a step up, Hickie also reflected on the disappointments that came before, and indeed the semi-final heartbreak to follow against Munster as being just as important.

“I think if you only had to lose one to win a big one, it wouldn’t be so bad. I think most of the big European teams can point to multiple disappointments, multiple significant disappointments. We had lost a semi-final in that 2002/03 season, which was hugely disappointing at the time. A home semi-final against Perpignan, a game that was certainly within our ability to win.

“We then got to 2006, that match against Munster and that was a devastating blow for the team and a devastating blow to the fledgling confidence of the organisation, after having taken that step, to not be able to back it up. There’s almost a path you can lay out for teams. Your organisation has to learn, it has to have this history, this bitterness that builds up in groups of players and it’s passed down.  To be able to draw on that experience, not just the experience of what to do in those games but actually experience the memory you feel from the disappointments of losing those games that spurs you on for the next season.” 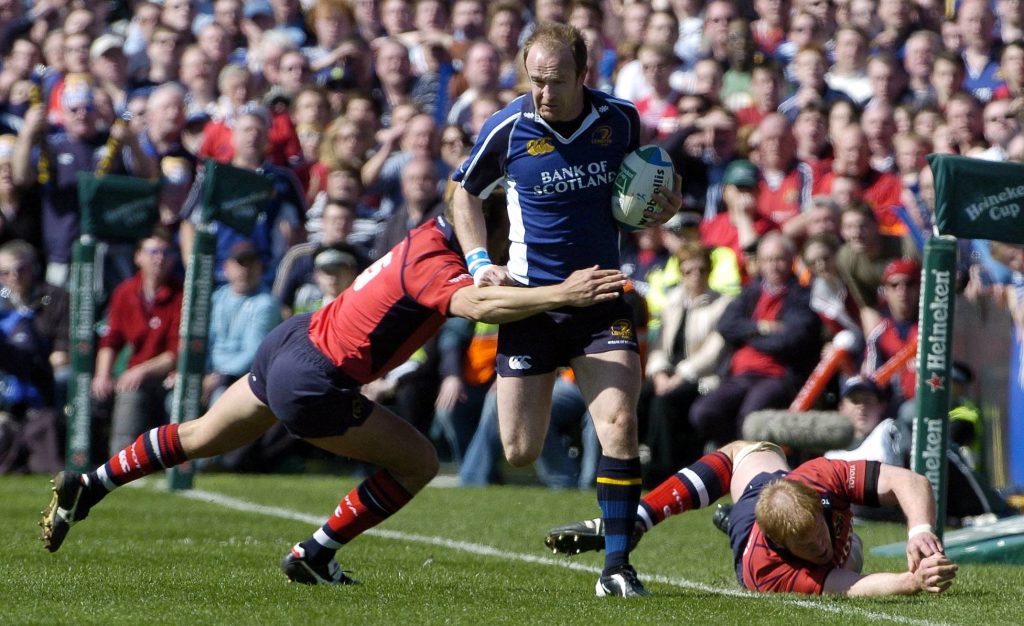 Asked to judge the historical significance of the Toulouse quarter-final for Leinster Rugby, Hickie said he would rather leave that for others to decide.

“I think I’d leave it to other people to place the importance of that match in the history of Leinster Rugby. It might be a little bit self-serving for somebody on that team to say, ‘actually, that’s where it really all began’. If it’s seen as such – I think maybe people who have achieved more with Leinster can point to that – I’m happy to go with that.

“I think what it did prove to Leinster as a team we can win on the road in France in a knock-out competition. And winning against a big club away again gave the club huge confidence. It provided us with an army of supporters, which I wouldn’t underestimate. When we went to Montferrand to play that match in 2002, 2003, there were 50 travelling Leinster supporters, maybe? Most of them were parents of the players. Maybe a hundred, maximum. Whereas we had a huge crowd that went to (Toulouse). 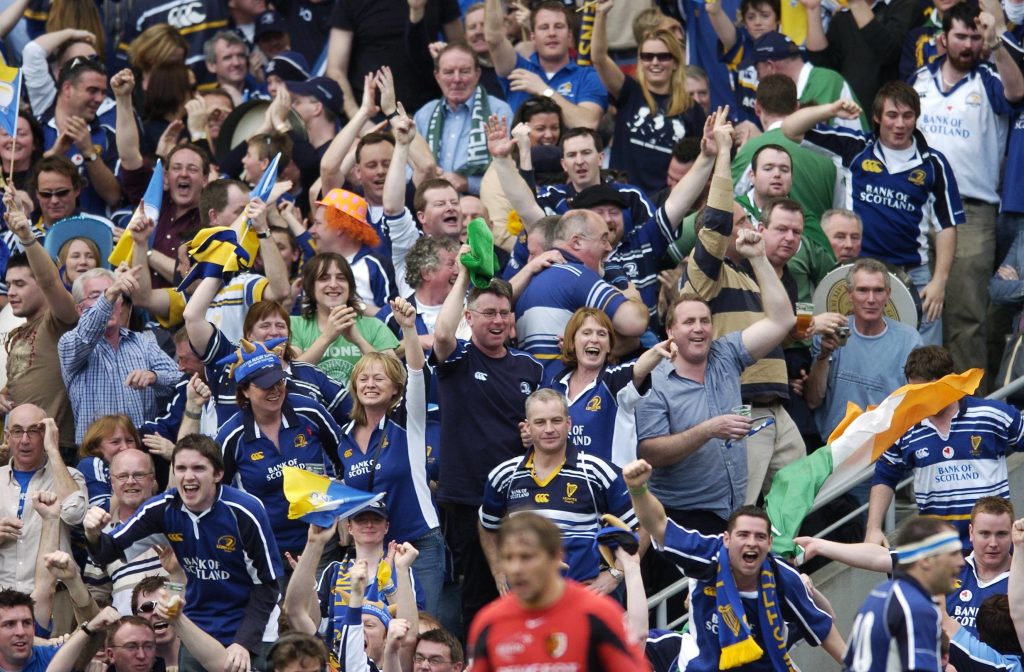 “I still have people come up to me today and say, ‘I was at that match in Toulouse, it was one of the best occasions I’ve ever been at’. We had a huge number of travelling supporters who had a great experience who became Leinster fans really after that. The Leinster fanbase was still growing at that stage. It certainly was nowhere near where it is now.

“I think the game was transformative from an organisational point of view because it really created an occasion for Leinster supporters which got a lot of them hooked. Ultimately, it gave the organisation confidence to be able to say, ‘ok, we can win on the road, that’s one thing we haven’t done, we can beat the big teams in the knock-out stages, on the road if we have to and we can go on and do more in this competition’.”