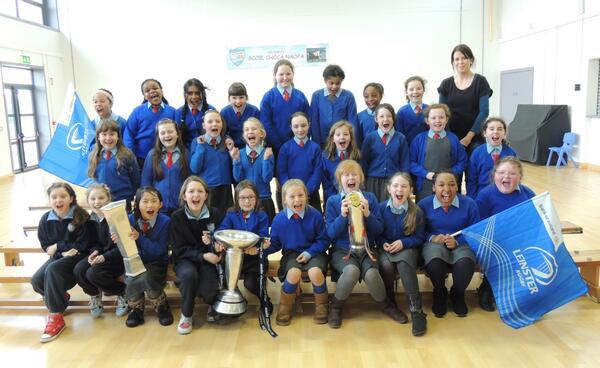 Schools in the Maynooth and Kilcock area got a special visitor last week as the Leinster Trophy tour, sponsored by Bank of Ireland was in town for the day…

Trophies that were on display on the day were the Amlin Challenge Cup, British and Irish Cup and RaboDirect PRO12. It is the first time ever Leinster has one all three so there was great excitement in the area.

There was much excitement in every school on the day, which is a well earned reward for all for their hard work and great participation in the Leinster Rugby program which has been a great success in all schools.

Thanks to all schools and teachers who facilitated us on the day and helped us put on a great display for the children.