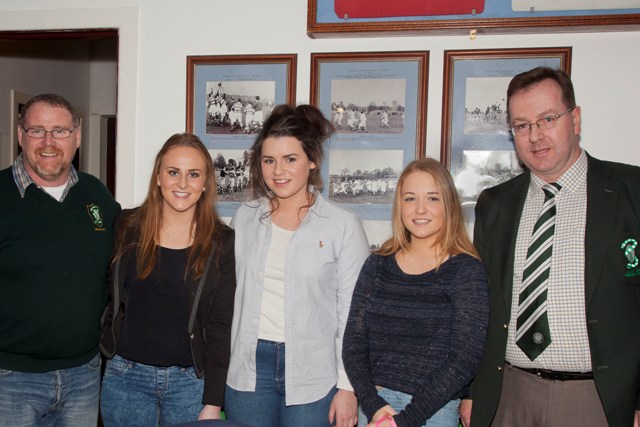 The three Leinster youths players Maeve O’Brien, Millie Sheridan and Nollaig McGuire (all pictured) were part of the Leinster Youths Inter-provincial champion’s team who defeated Connacht, Munster and Ulster earlier this season. They are coached at Naas RFC by David McKeown (also pictured on left) who is also their Leinster youths team manager.

They each received a special presentation on the evening from Naas RFC President, Jim Casey, in recognition of their outstanding sporting achievement.

The event was very well attended by a large group of parents, members and friends together with officials of both Naas RFC and NUIM Barnhall RFC and proved to be a huge success.

Naas RFC are most grateful for the generous sponsorship of this event provided by the Team at K Windows & Doors of South Main Street, Naas.